Keeping Guns Out of Kids’ Hands

Keeping Guns Out of Kids’ Hands

Amid soaring gun sales and the pandemic, researchers at Georgia State are uncovering new solutions to protect young people from accidental shootings and suicides.
Use Scan QR Code to copy link and share it
By Noelle Toumey Reetz

Each year in the U.S., nearly 350 children unintentionally kill or injure themselves or someone else using a gun, and the vast majority of these shootings happen at home. Since the pandemic hit, young people have been at greater risk for accidental gun violence and suicide as Americans have rushed out to buy guns in record numbers, many of them first-time gun owners with less experience and knowledge. Fatal accidental shootings by children increased 43 percent in March and April 2020 compared to the same two-month in 2016-19, according to a data analysis by advocacy group Everytown for Gun Safety.

“People ran out and got toilet paper and paper towels, and many also bought guns.  A lot of that kind of immediate fear when the pandemic hit caused that spike in purchases,” says Melissa Osborne, a clinical assistant professor in the Byrdine F. Lewis College of Nursing and Health Professions. “And because so many people seem to have purchased for the purpose of self-protection, they likely want rapid access to that firearm, and that means they want it loaded and easily accessible.” 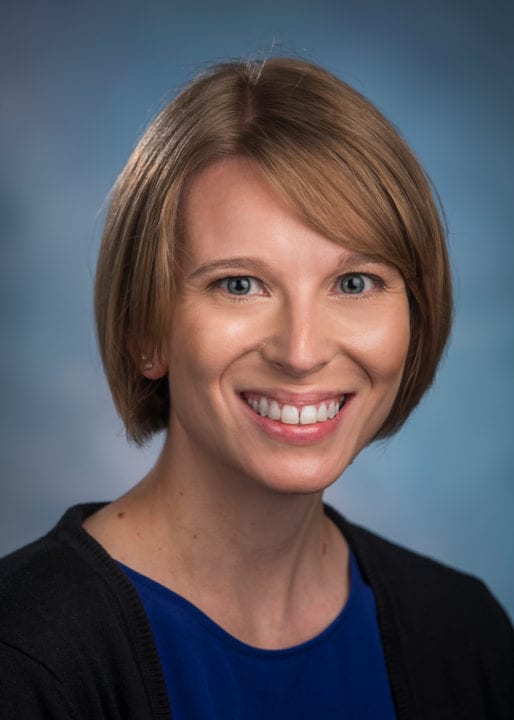 Trained as an epidemiologist, Osborne’s expertise lies in the prevention of gun injuries and deaths in children and teens due to accidental shootings and suicides. She and other experts point to the necessity of safe gun storage, like lockboxes or rapid-access safes that include a keypad or thumbprint to be opened, which could prevent about a third of firearm-related deaths among young people. These are hazard-reduction options if a gun owner is unwilling to follow recommendations by the American Academy of Pediatrics to keep weapons locked, unloaded and separate from ammunition.

Osborne’s research looks at how frontline medical workers like nurse practitioners can help guide families to make better decisions about gun storage and safety. Similar programs involving pediatricians over the past 10 to 15 years have met with limited success, and researchers want to find out what improvements can be made. Her team is conducting focus groups as well as a large-scale survey to better understand the experiences of nurse practitioners who talk with adolescents and caretakers.

“There hasn’t been as much of this type of work done with nurses in a primary care setting,” says Osborne. “Nurse practitioners are poised to deliver this information to a wide range of parents and caregivers.”

In March 2020, there were 2.3 million background checks for firearm sales, an 80 percent increase compared to the same month in 2019, according to the FBI’s database on firearm background checks. A mixture of political unrest and the pandemic seem to be fueling gun purchases. Osborne says the third week in March 2020 was the highest week on record for gun purchases, just after the initial coronavirus shutdowns hit. The second highest week was the week of January 11, 2021, after the attack on the U.S. Capitol. According to a recent survey by the firearm industry’s trade association, the number of first-time gun purchases also spiked by 67 percent in 2020 over the previous year.

“It’s really a double danger because people are home and there are so many more first-time gun owners who may not have the training and knowledge about secure storage,” says Osborne. “This has always been a concern, but now children are spending more time at home and many young people are also experiencing worse mental health than usual.”

Osborne first became interested in the issue of firearm violence and injury after a family friend committed suicide using a firearm and another friend was shot and killed.

“It’s obviously had an impact on my life,” says Osborne. “I’m a mom and hearing these stories and putting a face to the numbers of young people killed or injured is so important in this work.”

Osborne has examined the risk factors for suicides by adolescents ages 10 to 17. A forthcoming study looked at more than 2,100 adolescent suicides by guns in the U.S from 2007 to 2017. Osborne identified patterns in the subjects and found half of those young people were unlikely to exhibit common warning signs, such as mental health issues, a prior suicide attempt or relationship problems before they reached for a gun.

“There aren’t as many red flags for teenagers who are dying by firearm suicide compared to other methods of suicide,” says Osborne. “Firearm suicides may be particularly impulsive, and adolescents are already in a developmental period that’s characterized by impulsivity. That combination of impulsivity and a highly lethal means is really concerning.”

The Cox Lab is illuminating how neurons process sensory information by studying fruit flies.
by Jennifer Rainey Marquez
With the Black Money Exhibit, associate professor Harcourt Fuller explores Black history through the lens of legal tender.
by Jennifer Rainey Marquez
Professor Christopher Basler has spent his career stalking Ebola, and recently he hit upon a surprising discovery that could suggest new ways to treat the deadly infection.
by LaTina Emerson
A new national center based at Georgia State University's School of Public Health offers hope for victims of child trafficking.
by Noelle Toumey Reetz