Respiratory syncytial virus sends thousands to the hospital every year and can be fatal for the very young and old — but there is no treatment. Professor Richard Plemper is working to change that.
Use Scan QR Code to copy link and share it
by Jennifer Rainey Marquez 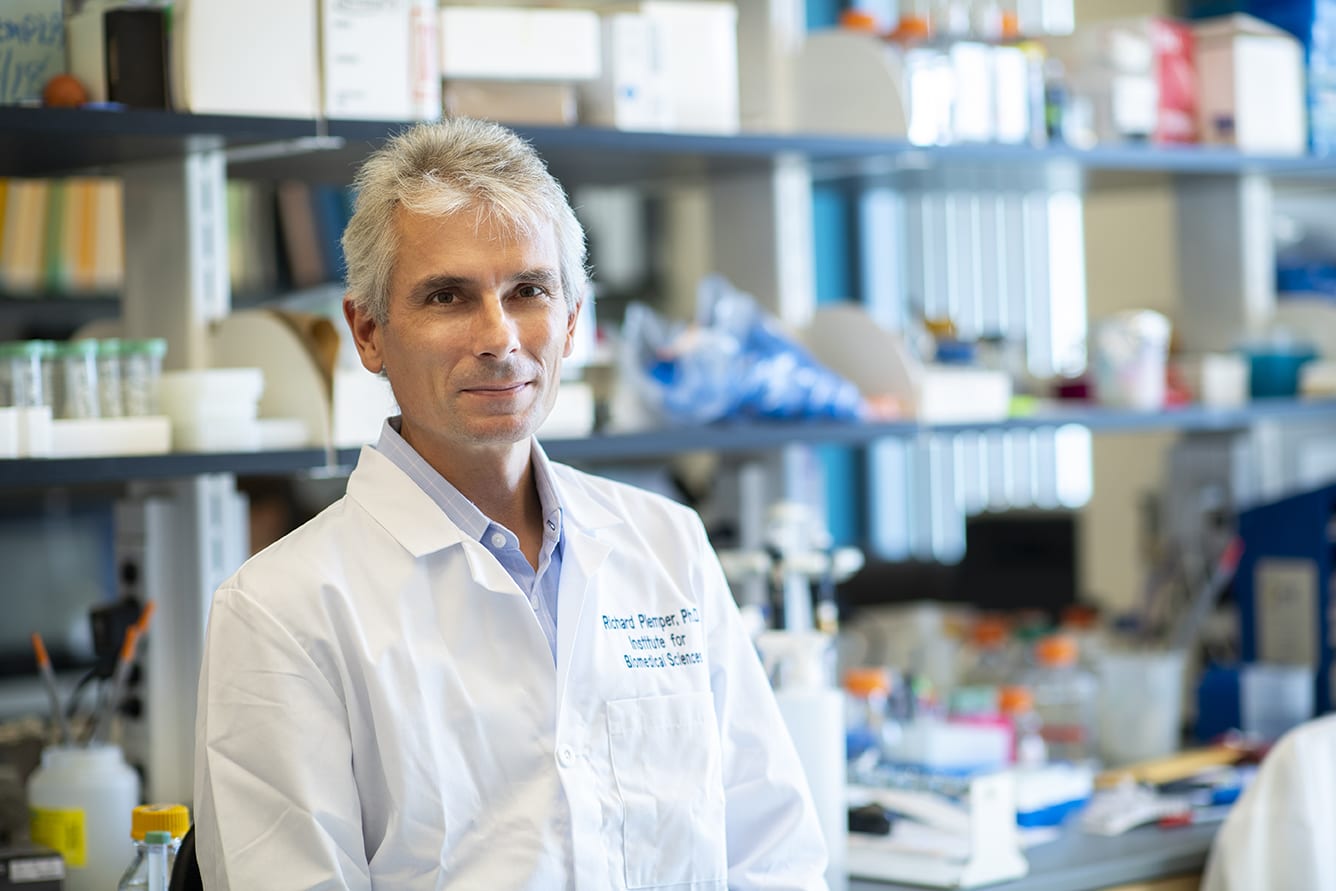 t’s one of the most common respiratory infections in children, second only to the common cold. (By age three, just about every kid has been exposed at least once.) But for some young patients, respiratory syncytial virus, or RSV, can be highly dangerous, causing severe breathing problems and landing them in the hospital or worse.

According to the Centers for Disease Control and Prevention, every year in the U.S., RSV leads to more than 57,000 hospitalizations among children under age 5. A 2017 study found RSV infection is significantly associated with a higher risk of death than the seasonal flu, although the virus is most dangerous for premature babies and those with other chronic conditions or weakened immune systems. But even full-term, healthy babies can be at risk for hospitalization, and elderly people are also vulnerable.

Despite the potential severity of an infection, RSV has something else in common with your run-of-the- mill cold: There is no vaccine or effective treatment. Just one medication is approved to prevent severe illness in some high-risk patients, and it’s extremely expensive and only sparingly applied.

“The younger the patient population, the more challenging drug development is, because the margin of safety must be so high,” says Richard Plemper, professor in the Institute for Biomedical Sciences. “Yet the clinical need is huge.”

Plemper is among those working to fill that need. He received a $2.2 million grant earlier this year from the National Institutes of Health’s National Institute of Allergy and Infectious Diseases to develop effective, affordable therapies for RSV. He says designing a treatment for RSV or other RNA viruses is tricky because the genome of these viruses can change very rapidly in response to environmental conditions. This makes it easy for the virus to develop resistance to drugs.

“RNA reproduction is more error-prone than copying DNA, meaning mutations are often introduced during replication,” Plemper says. “These errors are random, but if a mutation appears that happens to block the drug in any way, that genome will have a massive advantage and take over.”

Combination therapies, or treatments that use more than one medication, can reduce the likelihood that drug-resistant strains will emerge, making them essential for clinical success. Plemper has developed a pair of compounds that can interrupt the virus’s ability to replicate, and this funded project will determine whether the drug candidates are effective at treating the infection in mice, particularly when used in conjunction with one another.

Both compounds target an enzyme that makes copies of the virus’s genetic template and is necessary for replication. Yet each targets the enzyme in a different way, meaning the medications could be used simultaneously.

One drug uses a modified version of substrates — the molecule upon which the enzyme acts — to essentially poison it. A second drug binds to the enzyme and presses a brake pedal on its activity.

“Now we want to know whether the drugs act synergistically — when we put them together, does it magnify the effectiveness?” Plemper says. “What we want is to create a superforce against RSV.”