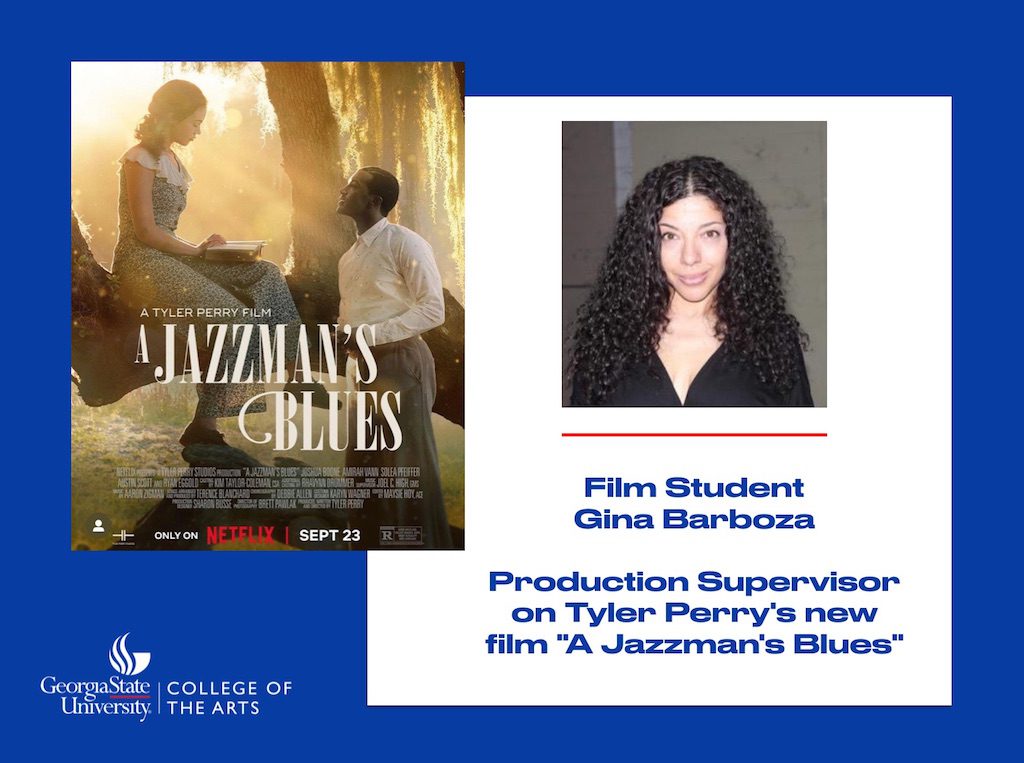 ATLANTA—This weekend calls for a celebration for the School of Film, Media & Theatre’s Gina Barboza. On Friday, Sept. 23rd, Netflix debuts Tyler Perry’s new film, “A Jazzman’s Blues,” where the undergrad student worked behind the scenes as the production supervisor and overseeing about 600 crew members.

Written, directed and produced by Perry, “A Jazzman’s Blues” is a tale of forbidden love and family drama, unraveling 40 years of secrets and lies against a soundtrack of juke-joint blues in the Deep South.

“Working on this project was the catalyst of why I returned to Georgia State to finish my Bachelor’s in Film, Media & Theatre,” said Barboza. “I’ve been on the production side for years, and my GSU education will allow me to write and direct my own feature films one day. I’m proof that you’re never too old to learn new tricks of the trade. As a senior, I’m excited about graduating next year and showing my daughters anything is possible.”

View “A Jazzman’s Blues” trailer here, and read more about the film in this Variety article.