Georgia State’s School of Music is steadily building a world-class faculty of present and former members of the Atlanta Symphony Orchestra, creating a culture of excellence where masters cultivate students who become the next generation of performers and educators.

Brice Andrus began as a Chemistry major, but an unexpected audition for the assistant principal chair of the horn section in the Atlanta Symphony Orchestra would change his career trajectory forever. 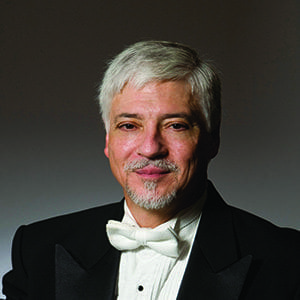 Now the principal horn player of the ASO, Andrus joined the orchestra in 1966, while still a student at Georgia State University, and moved up to the principal’s chair in 1975. Years later, he returned to the School of Music to diversify his own professional portfolio, asking himself what he might do if his tenure at the ASO were to end unexpectedly, as he had seen among many of his colleagues.

“You’re creating a legacy,” he says of his return, acknowledging that he felt compelled to come back to pour his own experience and expertise into a new generation of students awaiting their next opportunity.

Originally a student at Columbus State University, Hawkins was drawn to the Masters of Music Performance by the caliber of student performers,  a full-throated endorsement from Dr. Robert Ambrose and the opportunity to study under the ASO’s principal horn player. That’s the one: Brice Andrus.

The location didn’t hurt either. “Being in the city was going to be better than anything,” Hawkins says. “You build connections naturally if you show authentic interest, come prepared and work hard.”

And work hard, he did. Hawkins quickly built a reputation in the local music community as a talented, reliable performer. As someone who has built a career through freelance work, piece by piece, gig by gig, Hawkins finds that your reputation precedes you in small, specialized circles. 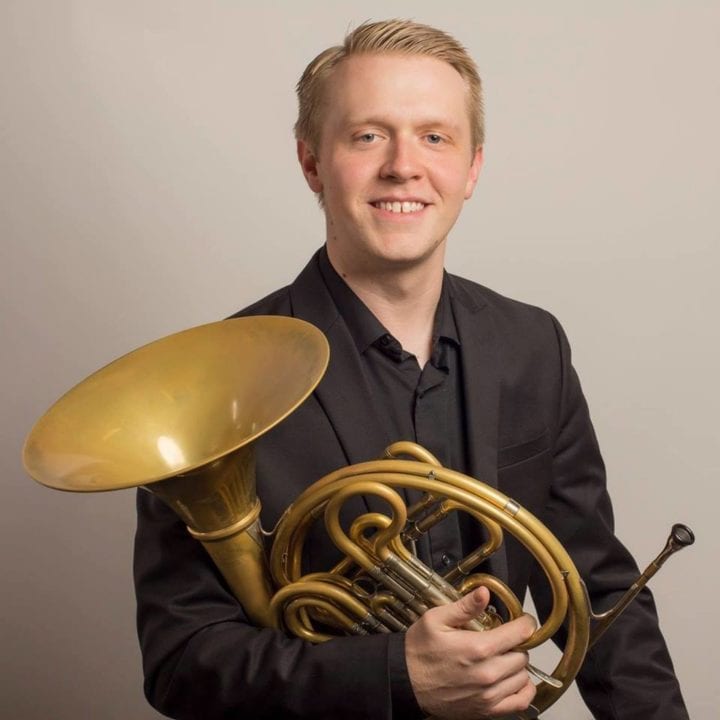 Freelancing is a different world from working through the ranks of a professional orchestra. No more or less challenging, it instead requires a set of skills that diverge from traditional careers. There’s more flexibility in this style of career-building, and it provides a chance to choose gigs that match your schedule, your repertoire, your personal preferences. Although it must be said, this style of living suits performers who never tire of hitting the pavement, searching for their next collaboration and building strong, lasting relationships through their own top-quality work.

For Hawkins, one of those gigs is now teaching as a member of the same faculty who initially drew him to Georgia State. Having begun as Andrus’s student, becoming a colleague brings his trajectory full-circle, and imbues the School of Music’s horn program with a deep well of knowledge and experience.

“There’s more access here,” says Hawkins of the School of Music, “and exposure to unique immersive ensembles that you wouldn’t find many other places.” Seeking out these ensemble opportunities, both in and out of regular classwork, can form the foundation of professional relationships that may lead current students to their next big move.