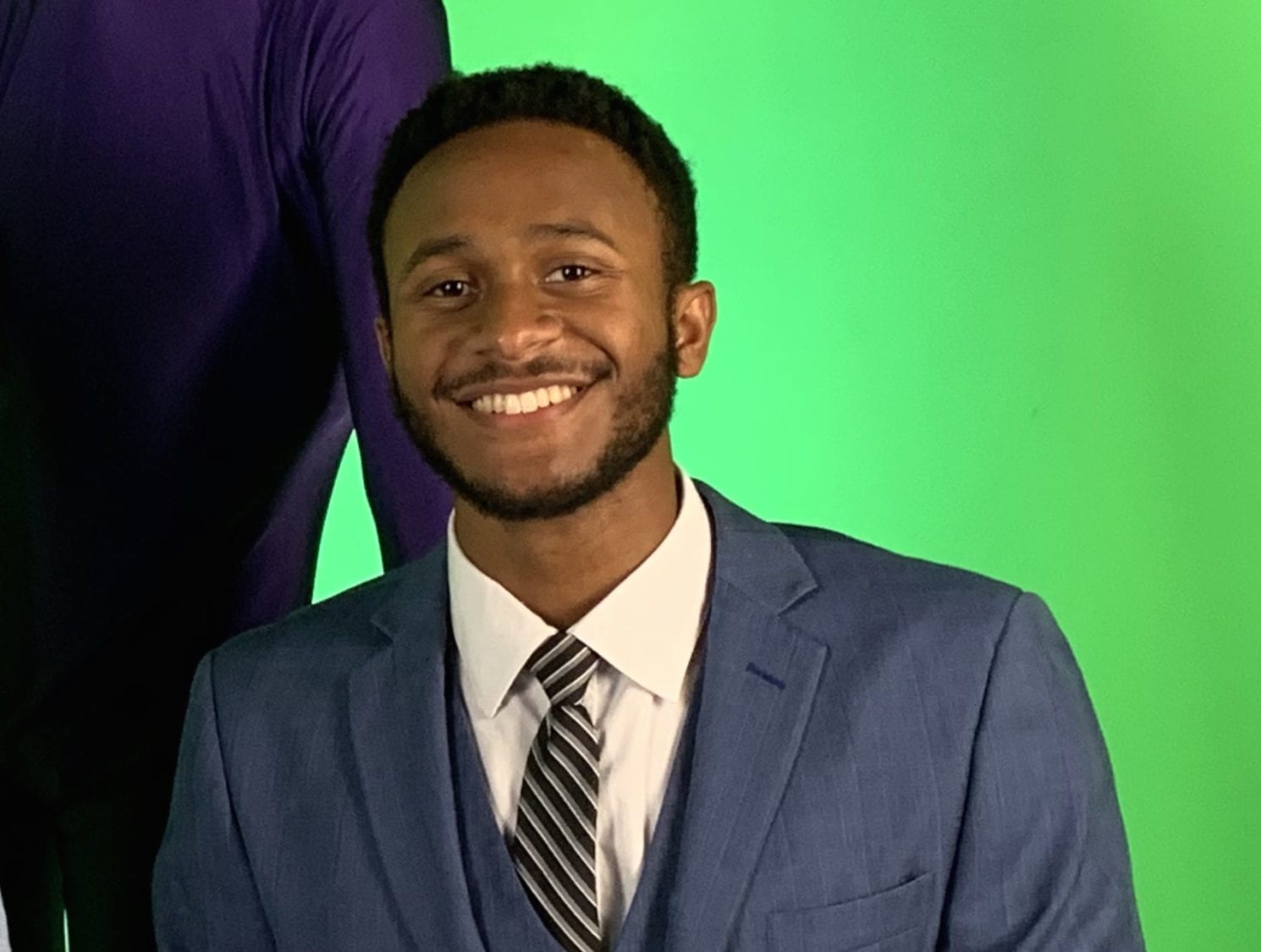 An aspiring filmmaker on a mission and without a moment to spare!  Meet Kai Stephenson, a determined student from the School of Film, Media & Theatre who’s making his mark on the film industry. The Johns Creek (GA) native graduates this spring from the school’s Dual Degree master’s program with an M.A. in Film, Video and Digital Imaging along with a B.A. in Film. An early adapter to filmmaking, Kai is the first in his family to graduate with a film degree.

At this year’s Georgia State University Student Film Festival (GSUSFF), the jury awarded Kai with one of the top honors for his thesis film, a horror short “Reclaimer” in the Best Fiction category.

The College of the Arts (COTA) connects with Kai to learn about his filmmaking passion and journey at Georgia State.

COTA: What prompted you to study film and was there an aha moment or film that caught your imagination?

KS: I remember watching Steven Spielberg’s “Super 8” in theaters. That was probably the first movie-going experience that felt magical to me. From that point, I was interested in creating that feeling for someone else. This coincided with the start of my first production course in high school, which I chose randomly, and which I discovered I was pretty good at as the semesters went on. With every project I tackle now, I tell myself that if I can change at least one person’s perspective, or emotionally resonate with at least one person, then I can consider it a success.

COTA: While studying at Georgia State, can you share how you juggled your schedule and challenges along the way, as well as how you navigated it all?

KS: I did have a lot of jobs and extracurricular projects to juggle throughout my college career. I have this thing (somedays it’s a problem other times it’s an asset) where I take or at least try to take almost every opportunity that comes my way, and that mindset worked out for me. While it was a lot to juggle, I learned so much and made so many connections that the opportunities kept coming, like a snowball rolling down a hill. Every opportunity I took helped me get to the next one in some way.

The biggest challenge by far was producing my thesis film this past year. It was one of the hardest things I’ve ever done. With the help of my friends, family and my wonderful thesis advisor, Daniel Robin, I was able to not only complete it on time, but be proud of the final product. I juggled a lot, but I had an amazing support system of friends and family the whole way through.

COTA: Can you share a little bit more about your process with the thesis film?

My thesis film had a really technically complex script involving a lot of visual effects and complex shots. I was also juggling many different roles from acting and directing to producing and editing. I didn’t really think about it until my thesis committee told me – but I was able to accomplish almost everything I wrote out in the script. My vision was preserved from proposal to final product, which is really all a filmmaker can hope for. There were many points during production where I doubted it would turn out that way, so I’m really glad I was able to accomplish what I set out to do. 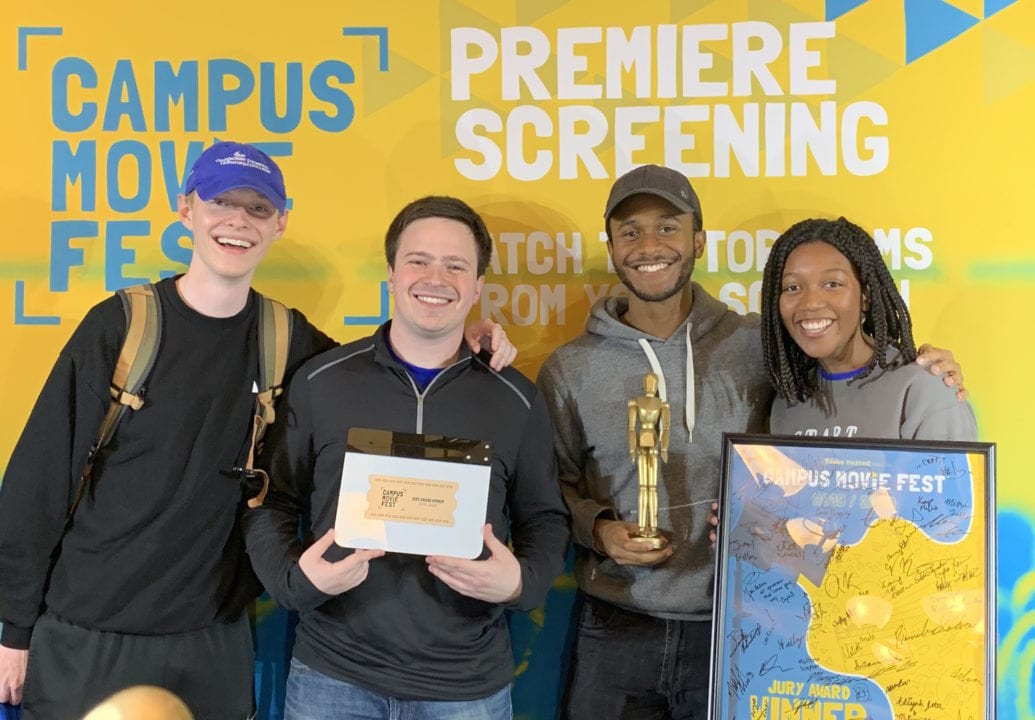 COTA: Being in Atlanta’s “Y’allywood of the South,” were you involved with any official projects and what was a key takeaway from that experience?

KS: Through Campus Movie Fest I was able to go to Terminus three years in a row. It was awesome presenting my films, seeing other films from around the country, and workshopping with industry professionals. I’ve been on multiple indie sets and ran my own indie productions, but I haven’t yet had the time to get on an official set like a Marvel film. Now that I’ve graduated, I will definitely be looking to get on those sets. The coolest thing about being a film student at Georgia State is seeing my school, my office, even my own apartment in big budget movies and TV shows. That never gets old. I just saw my apartment building in HBO’s “Watchmen” and it was so cool.

COTA: Your portfolio features a cross section of genres. Is there a particular film project that you’re most proud of and why?

KS: I’m really proud of all of my work, and it’s interesting to look back at my portfolio at this point, because I can literally see how my skills have grown over the years. One project I really love to re-watch is the “Kronos Effect” mini-series. That was a months-long post-production process where I had to learn a lot as I went through it. I love sci-fi/horror and it was so cool to put a show like that together. I’ll never forget how it felt to watch the series with an audience at NEON’s premier and see my name on the big screen for the first time.

COTA: If you can give one piece of advice to a future film student entering the film program, what might that be?

KS: Take the opportunities that come your way, even if they aren’t directly related to film. All the subjects you may learn, the clubs you may join, and the internships you may apply for can inform one another in some way. Don’t be afraid to ask for help, trust me — you will need it at some point. Also, study abroad.

COTA: What are your next steps after graduation?

I am starting a part-time job as production staff for a local broadcast studio this week!  When I’m not working, I will be PA’ing, shooting and editing videos for my YouTube Channel, Max and Kai and continuing my freelance editing work. I have a vacation planned to Guatemala in late May that I’m super excited for.