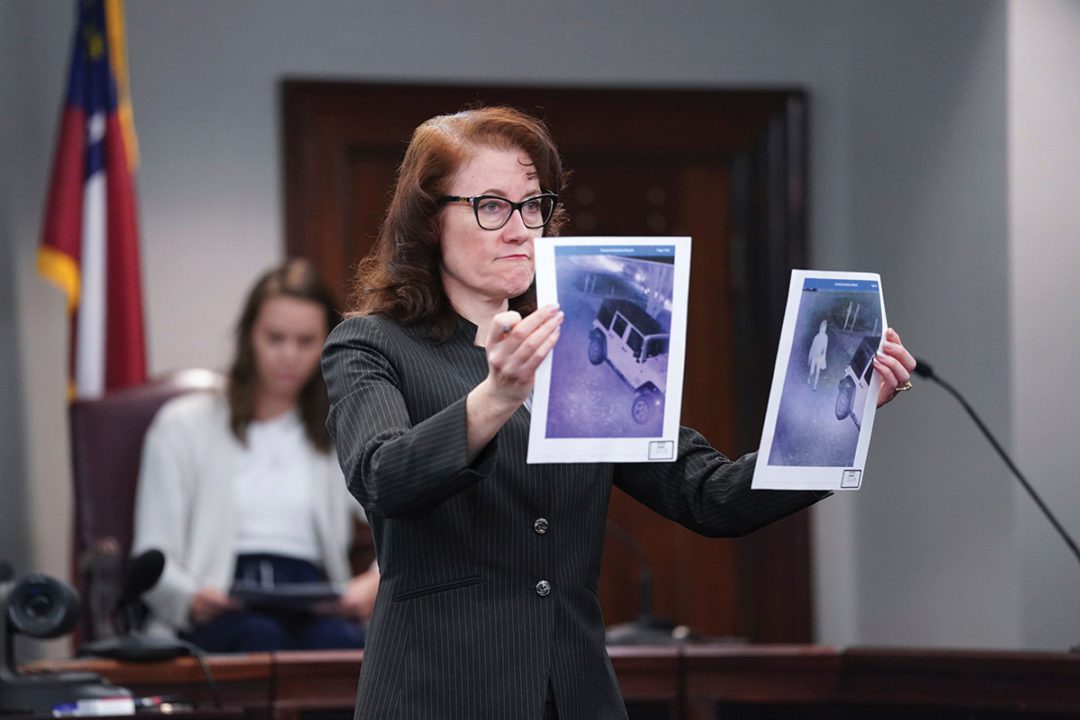 Growing up, her parents attempted to expose her to as many activities as possible. Their dream was to provide her with a debt-free college education, but there was not much career direction.

Dunikoski was an avid reader, finding herself drawn to philosophy, history, and politics, so she majored in political science at Indiana University in Bloomington, Indiana. She graduated from college in 1989, with her first job as a secretary in the trade show exhibit industry.

Law school didn’t occur to her until her then-husband mentioned it.

“I don’t blame my parents; they just didn’t know,” she said.

“I didn’t come from rich people. I came from a coupon-clipping-you-buy-everything-on-sale family. The middle class, struggling, ’70s family, who wanted to do better for their kids.”

“And my parents did, but then it was up to me.”

Eventually, she enrolled in the College of Law’s part-time evening program. Back then, there was no requirement that she attend all classes, only that she complete assignments.

“I needed to work to put a roof over my head and food on my table, and I needed to support myself,” said Dunikoski, who continued working full time in the trade show industry.

It pushed her to be responsible for herself, and it fed attributes she’d later draw on: tenacity, persistence, and a gritty work ethic.

If the College of Law had only offered a traditional program, Dunikoski knows she would not have gone to law school. Often law schools expect students to solely focus on school, soldiering through with no income, taking on tremendous debt.

“But what you’re really doing is you’re creating an elite class of rich people who can afford to [become lawyers],” she said. “That’s not what we need, and that’s not what America is about.”

She only worked as an attorney for two years before going back to sales. Nearly a decade later, she was asking the Fulton County District Attorney Paul Howard to hire her.

“Paul Howard wasn’t really interested in somebody who hadn’t practiced law in 8 years,” she said. “I was really persistent; I never gave up. I basically kept demanding that he interview me and give me a job.”

He did. Her first trial, however, was “a flaming disaster.” The second trial wasn’t much better. Her years in sales showed, and not always in a good way.

“Jurors don’t want you to be a salesperson; jurors want to trust you,” she said.

She found her stride, though, and three years later, she was assigned to the Crimes Against Women and Children Division, and a year later she was in Major Cases, trying homicides.

After nearly two decades at Fulton County, Dunikoski was burned out. In 2019, she left Fulton to lead the Cobb County District Attorney’s appeals division. Then, in May 2020, the infamous video of Ahmaud Arbery’s killing surfaced.

She was initially assigned to the team, and she wound up the lead prosecuting attorney a year later.

Dunikoski, who is white, knew racial justice also was on trial. Three white defendants were charged in the death of Arbery, a black man. There was a nearly all-white jury. Many wondered if the trial would be—or could be—fair.

She didn’t want to alienate the jury by telling them “they’re a bunch of racists, or someone they love is a racist,” Dunikoski explained.

“As a team, the prosecutors did not want to cause the jurors to get defensive and shut down,” she added.

Dunikoski largely avoided the race topic at trial. This, she believes, allowed the jurors to focus on facts.. In November 2021, they returned guilty verdicts.

Was that her greatest accomplishment?

“Actually, it kind of feels like my entire career and every experience I’ve had led up to that very moment,” she said.

Ultimately, her belief in the United States, the Constitution and justice keeps her inspired. Dunikoski, who was recently named “Attorney of the Year,” at the Georgia Legal Awards gala, hopes more young people will join the legal field, especially prosecution.

“I really want the next generation to come behind my generation and continue [our work in prosecution] because we can only do this by leading by example,” she said. “If you can lead by example, you will help ensure public safety.”