It’s exciting to see our College of the Arts alumni flourish in their artistic endeavors with passion and focus. Over the past few years, we’ve been following School of Music alum Jarius Miquel Cliett (M.Mu.’17) take to the stage from cabaret performances to musicals. Now, in his most high-profile engagement to date, Cliett has been cast in the ensemble of the new national tour of “The Book of Mormon,” the winner of nine Tony Awards® including Best Musical. According to the play notes, “this outrageous musical comedy follows the adventures of a mismatched pair of missionaries, sent halfway across the world to spread the Good Word.” The 50-city tour opened in September and continues throughout 2023. We connected with Jarius with a Q&A check-in on his Broadway tour experience.

College of the Arts (COTA): Is this your first major tour and what was your initial reaction when you were cast?

Jarius Cliett (JC): Yes, this is my first Broadway tour. I did a tour in 2018 called “Noël: The Musical” that toured during the holiday season. That was really major to me for many reasons. It was the first big production I booked after I graduated from Georgia State, and I got to work with so many amazing people, including the creators Eoin Colfer and Liam Bates. So, it really helped prepare me for what I would possibly experience on this tour.

When I first got the news, I was actually in rehearsals for ”9 to 5: The Musical” at Penobscot Theatre. We were coming back from a break when I looked at my phone and saw the email. I was floored because I just couldn’t believe what I was reading. I had to snap out of it so I could focus on the rehearsal, but it took me a while to come down from the initial high of having booked such an amazing show. It was truly a moment! 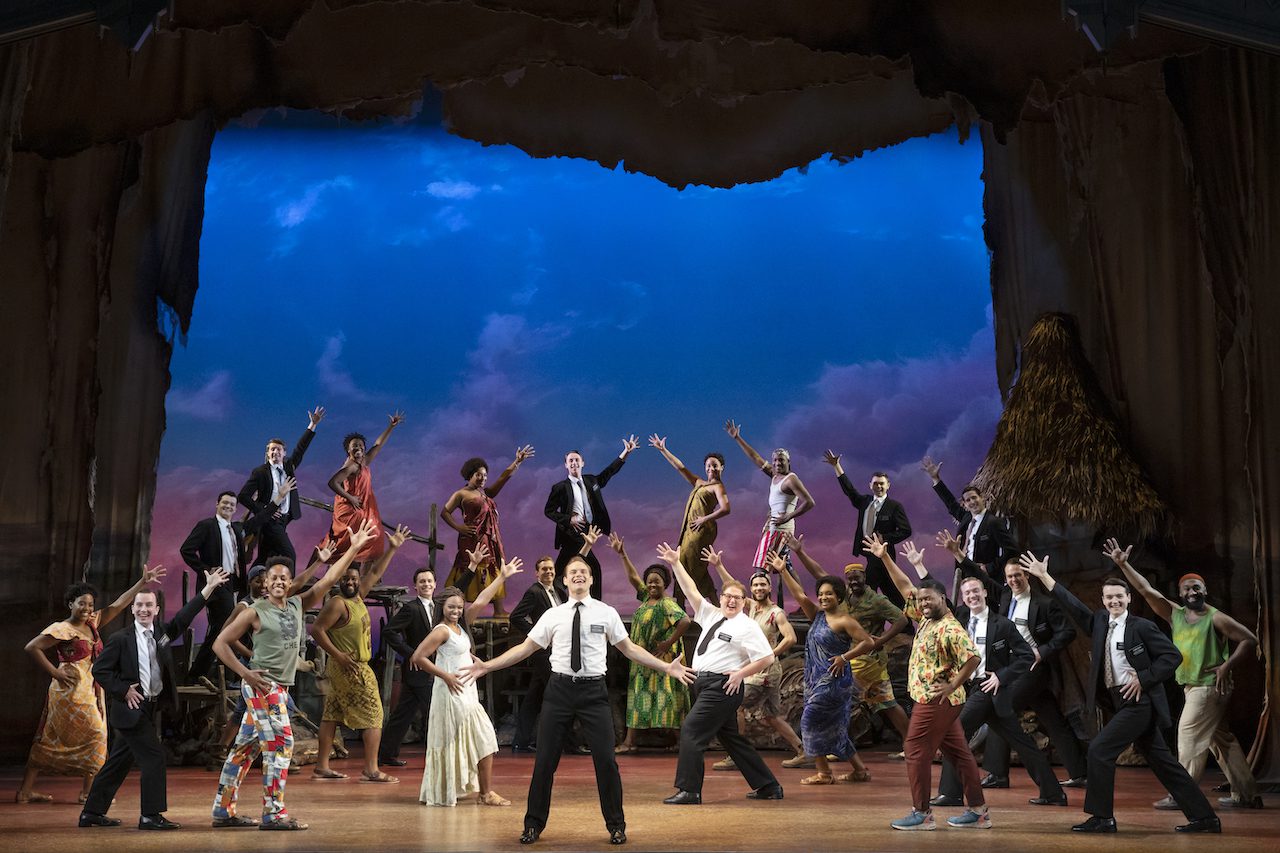 COTA: Can you please talk about your process and preparation when you auditioned for “The Book of Mormon” national tour?

JC: My initial audition was via self-tape, and I submitted it towards the end of March on Actors Access. I was in Minnesota at the Duluth Playhouse working on “Ragtime,” so I had to shoot everything in my hotel. After I sent it off, I didn’t hear anything for a while, and I just began to sort of move on because I thought I didn’t get a callback or anything. So, I did the only thing I know to do at this point: get back to the grind. I started submitting and sending out more tapes for shows. I eventually booked “The Wild Party” at the Jennie T. Anderson Theatre and “9 to 5” at Penobscot Theatre.

As I’m preparing to leave for “9 to 5,” I get an email that I had been called back for “The Book of Mormon.” I flew up to New York over the weekend to have some downtime before my audition on Tuesday. When Tuesday came, I was early early. I just wanted I give myself that time to warm up and continue to prepare for whatever was coming.

The first part of the audition focused on dance, and we performed a combination from the show. Afterward, we performed a song from our book, a song from the show, and I think, two scenes. It all became a blur after a while, but I do remember the warmness and the welcoming energy the room gave us. Especially our amazing director Jennifer Werner who just made me feel so comfortable during the dance portion of the audition. In the end, I left that audition feeling like I had the best time, and I did the best work I could have done. And the rest is history!

COTA: What’s a “day in the life” of Jarius Cliett while on tour? How do you stay rested and ready to perform?

JC: Well, honestly, it varies depending on what the schedule is and what’s going on. We have travel days where we just travel to a new city, but sometimes we travel and perform on the same day. On a typical day, I wake up, probably around 7:30-8 a.m. to work out or get breakfast. Most times, when we get to a new city, I will scope out what’s nearby in terms of food, groceries, or some form of entertainment. With our shows being in the evening, we have a good amount of downtime before we have to be at the theater. So, once I’m up, I try to maximize that as much as possible. I will do my best to make sure that I get a nap prior to the show so that I’m not sleepy during the run. I will also try to eat before the show to keep me energized, but I normally find myself needing fuel before we begin Act II.

COTA: Do you have any personal inspiration you draw from to inform your performance/character?

JC: Personally, I would say I draw from various parts of my journey as a performer when it comes to how I approach my performance. I use all the training and skills I’ve acquired over the years to make sure I can go out there every night and give the best performance I can.

In terms of my character, that has really been the fun of it all. I play two characters in the show. So, I have tried to separate them in terms of their movement and motivation throughout the show. I even try to change my voice as much as possible to further separate the two characters. It really is fun for the actor side of me to develop and put my own stamp on these characters. Numerous actors have played my role, so I had to find what my take on it would be, and I must say I’m really pleased with what I came up with.

COTA: What do you find most rewarding about touring for a major Tony Award- winning musical?  Most challenging?

Also, being able to tour the country and experience so many different things and places. I have some new favorite vacation spots I look forward to seeing again when I get a chance.

The most challenging to me personally has been three things: time zones, missing family and friends, and not having a kitchen to cook in. As a southern man who enjoys cooking, it’s been so hard not being able to cook these past few months. But those challenges are just things you get used to over time, and you adjust as best you can. I talk to my family and friends when I can, and they are planning to see the show once we get closer to the East Coast.

COTA: For future alumni, can you please share one piece of touring advice?

JC: Find ways that will ground you and aid you through the journey. I’ve tried to do my best to be creative when I’m not performing, even picking up new skills to learn and grow. I believe things like that will keep you mentally sharp and ready for whatever tour life will throw your way.

And a little bonus would be to make sure to find things that will support your mental and physical health. That goes hand in hand when it comes to your life on and off the stage. It’s so very important that you take care of yourself above anything else.

The national tour of “The Book of Mormon” is produced by NETworks Presentations. Tour dates can be found at TheBookofMormonTour.com.