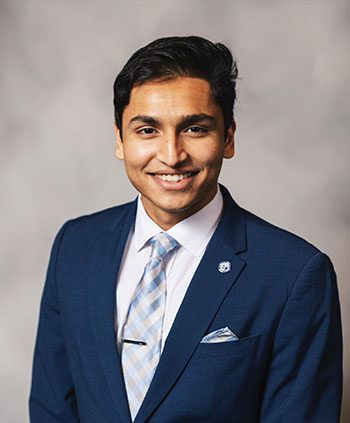 Born in Bangladesh, Qazi Haq was brimming with goals and aspirations, but faced steep obstacles. After his family’s 18-year process of obtaining immigration status in the U.S., he was graduating high school and applying to top colleges. He was quickly accepted, too. But a lack of funding stopped his dreams in their tracks. Haq took a year off to play soccer and earned college credits on a sports scholarship while he realigned his plans.

“Robinson was the goal,” said Haq, who knew Georgia State’s business school would put him directly in line for career opportunities at top businesses and financial firms. Leveraging Robinson’s Panther Immersion Programs (PIP) and other opportunities through the college’s Career Advancement Center (CAC), he showcased his talent and determination, knowing the college identifies and develops high-potential students to compete for top-tier positions.

“Every alumnus I looked up had gone through a Panther Immersion Program and was on a wonderful career path. I wanted to be in that realm,” Haq said. “Just like in sports, I am at my best when I am playing with the best. My strategy for getting into the Panthers on Wall Street (PWS) program was ‘go hard or go home.’” He became co-captain of that year’s PWS cohort, which requires hurdling finalist rounds as well as extensive training and preparation.

“I spent a ton of free time networking at the CAC,” Haq said. “It felt like a home of like-minded individuals who all wanted good jobs. The CAC was like a family I went to for life advice.”

Haq completed his B.B.A. in finance in 2020. Today, as he rises through the ranks at EY-Parthenon, the global strategy consulting arm of one of the Big Four firms, he also is paying it forward. For example, he holds a leadership role in the Technology Association of Georgia’s (TAG) Fintech Society as well as the Georgia Fintech Academy. He also helped host a recent PWS cohort at EY. 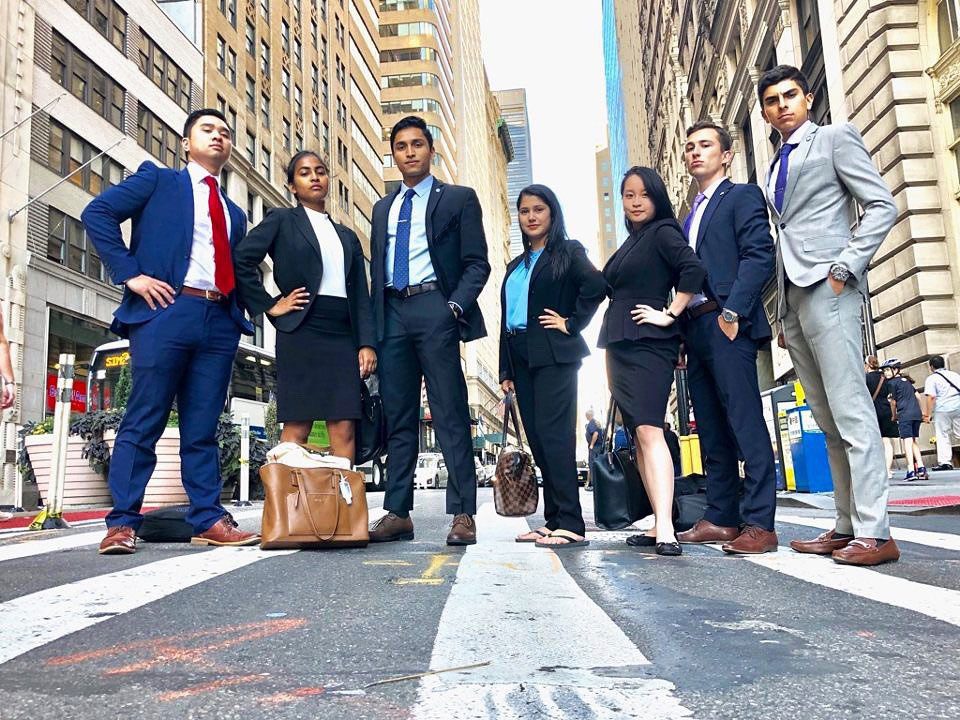 “A lot of students don’t have the resources to find their path toward leadership, but I was lucky to have good mentors,” Haq said. “I have a success formula in mind to create the next generation of leaders and to support other students—which is why Panther Immersion Programs are so important.”

As the new chair of the PIP alumni board, Haq has big shoes to fill. His predecessor Weston Kirk served as board chair for more than six years, helped raise more than $300,000 from alumni, and interfaced with more than 100 PIP applicants every year.

“When I met Qazi, he was filled with questions and had such a curious disposition,” said Sharry Conroy, PIP director. “He has evolved to the next level and grounded himself with knowledge. I think that’s due to his seeking out opportunities early. He knows he has something to offer and is now able to pay it forward.”

Next up, Haq will help PIP expand locally to include Panthers on Peachtree, a series of visits to Atlanta firms by students in the semi-finalist stage of the selection process.

Haq is making a splash in Atlanta’s business community as well. As a result of his volunteer work with the TAG Fintech Society, Fintech South, and the Innovation Challenge, he is a finalist for TAG’s Emerging DE&I Tech Leader of the Year award. In addition, he has been nominated for the Georgia State Alumni Association’s 40 Under 40 recognition.

“Qazi is a rising star, and we are thrilled for him to commit to this important leadership role and help us launch Panthers on Peachtree,” said Jason Aldrich, assistant dean for strategic partnerships. “PIP alumni are excited to connect high-potential students from their alma mater to their current employers.”

For many students, Robinson (and the city of Atlanta) is a desirable location to launch a career and flourish. “I realized Atlanta is the place for me, and I want to help the city grow as a business hub,” said Haq, who lives by a “lift-as-you climb” philosophy. “I want to help students bring value to employers that are here and will be here in the future.”