New Ph.D. Program Director Aims to Make Academia a Viable Career Path for All
Use Scan QR Code to copy link and share it 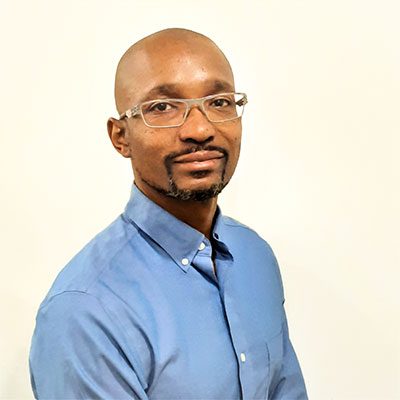 Likoebe Maruping literally grew up on a college campus. His father taught graduate-level economics and eventually became pro-vice-chancellor of the National University of Lesotho (NUL), where faculty members and their families lived in a self-contained campus. In addition to attending elementary school on NUL’s campus, Maruping visited the library and frequented guest lectures.

“At the time, I didn’t expect to end up in higher education,” Maruping said. “My father didn’t push me in that direction, but a seed was subconsciously planted for me to at least view it as a viable career path.”

From a young age, Maruping watched a closely related person of color climb the ranks at a university. But most members of underrepresented communities don’t share that experience, and dismiss academia as an option. As the new director of Robinson’s Ph.D. program, Maruping aims to address the lack of representation in higher education, especially in business schools. A critical goal is to increase the diversity of Robinson’s Ph.D. student population and, as a result, generate a heterogenous talent pipeline for faculty positions at institutions across the world.

Maruping understands the magnitude of this undertaking and plans to take a proactive approach through marketing the program; speaking at recruiting events attended by target subpopulations, such as the Ph.D. Project’s Annual Conference; connecting with HBCUs and other minority-serving institutions; and informing Georgia State Honors College students about the merits of pursuing a doctoral degree. He has his elevator pitch down pat.

“I can think of few things that are more rewarding than generating original ideas and contributing knowledge that comes from within yourself,” he said. “You stand in front of students who haven’t traditionally seen people like you in the role of professor. They embrace your values, and you inspire them every time you set foot in the classroom.”

Another key consideration is why expanding the voices behind business school research matters. Hint: it has nothing to do with diversity for diversity’s sake or looking good on paper. By inviting more perspectives to the table, researchers will inevitably approach problems differently, derive innovative solutions, and ultimately reframe what issues should be addressed in the first place. According to Maruping, Atlanta is the ideal place to do all that.

“It’s one thing to conduct research at arm’s length. It’s another thing entirely to work in an environment that embodies the complexity of the real world,” he said. “This city is home to technology startups, financial firms, entertainment outfits, sports teams, and Fortune 500 companies with competing interests and different regulatory considerations combined with income inequality and a shaky housing market. That gives our students a different level of insight.”

In terms of gender identity and sexual orientation, ethnicity and race, and socioeconomic status, the composition of Atlanta is an exciting melting pot. Maruping wants to make sure Robinson provides an equally stimulating environment for Ph.D. students to build their brands and reputations as scholars.

“Robinson should be the place where people see themselves earning a Ph.D. regardless of where they come from,” Maruping said. “The medium- and long-term goals toward actualizing that vision, along with the metrics to measure our success, are very much on my mind.”