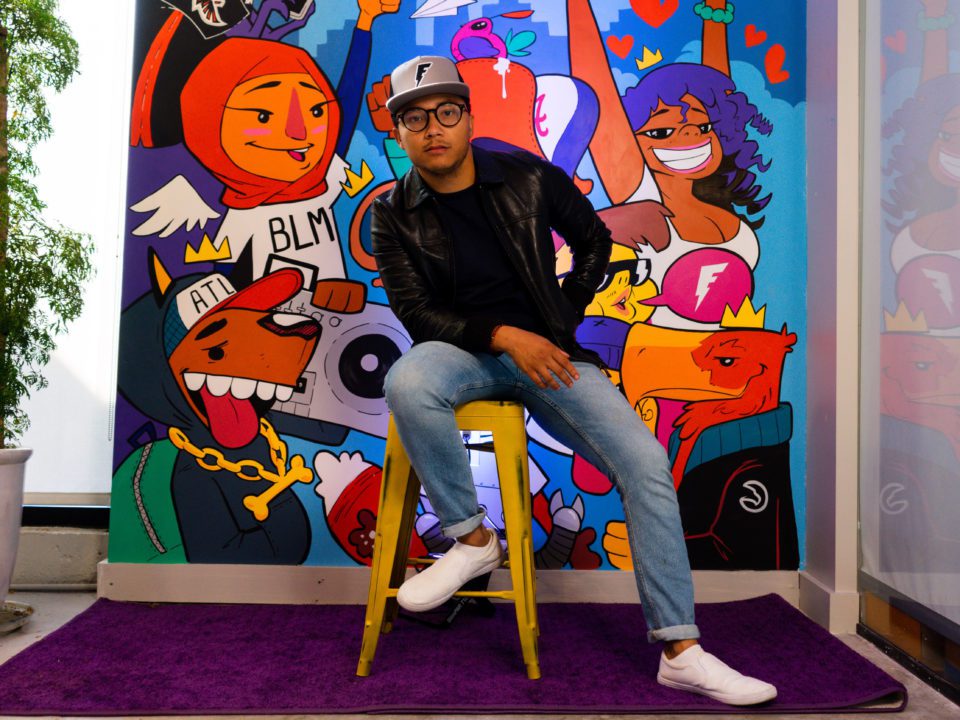 ATLANTA — While Noah Washington mingled at the BronzeLens Film Festival last summer, he was spotted by a young filmmaker who recognized him from his work at Fanbase Social Media Inc., an online platform that helps users monetize their social media content.

Washington said the moment was a humbling experience.

“It was a great feeling that someone recognized the work I’m doing,” said Washington, a Media Entrepreneurship major at Georgia State University’s Creative Media Industries Institute.

Washington started as an intern for the Atlanta-based company in May, quickly rose in the ranks and landed a full-time position a few months later, all while still working toward his degree. As a marketing copywriter, Washington creates internal and external communication material such as social media post captions, newsletters and online articles.

“I love writing stories,” Washington said. “I think stories are how we communicate, and that communication can take on many forms. That’s how history is passed down.”

Washington credited his transition into a full-time position to his hard work and relationship with the site’s founder, Isaac Hayes III, son of legendary musical artist Isaac Hayes. Washington met Hayes at an event while interning at Dash Radio. At the event, Washington took the last red velvet doughnut, not knowing it was Hayes’ favorite flavor. The two laughed about the incident and quickly formed a bond.

Washington, a great-grandson of famous Black intellectual Booker T. Washington, said he knows what it’s like to carry “the burden of someone else’s accomplishments.”

“When you’re related to someone who has accomplished so much, the expectation is so much higher,” he said.

Washington, a senior who expects to graduate in spring 2023, said he’s thrilled to have full-time employment while he completes his college coursework. His current assignment at work includes helping to create newsletters for investors and writing user interface scripts for new in-app functions.

“I’m excited every day,” Washington said. “I get to bring people into the world of Fanbase and how cool the app can be. I’m very grateful.”