Anamaria Hazard (J.D. ’15) to Receive Up & Comers Award
Use Scan QR Code to copy link and share it

The American Bar Association (ABA) will honor Anamaria Hazard (J.D. ’15) with the Up & Comers Award at its annual meeting in Chicago, on Aug. 5.

Hazard earned a certification in environmental and land use law from Georgia State University College of Law. She became interested in land use law while interning with the late Larry Dingle (J.D. ‘87) at Wilson, Brock and Irby.

“Before the summer was over, Larry and his colleague, Steve Rothman (J.D. ‘93), convinced me to go to the College of Law and become a land use and zoning attorney,” Hazard said.

While at the College of Law, Hazard served as an academic enrichment program instructor, an Urban Fellow, president of PILA, vice president of BLSA and Law Students for Reproductive Justice.

“My law school experience helped shape me into the attorney that I am today. I am fortunate to have received mentorship and guidance from professors and alumni throughout my career,” Hazard said. “The externship and Urban Fellows programs were pivotal to me.”

Hazard externed at the City of Atlanta Department of Law with Jeff (J.D. ‘05) and Lemuel Ward (J.D. ‘93). After law school, she continued working there with Haymore, representing the Department of City Planning and advising the Office of the Mayor and the Council on planning, zoning, land use, permitting, historic preservation, community and economic development matters. She worked on the BeltLine and Westside Affordable Housing Ordinance with then Council Member (now Mayor) Andre Dickens, which provided hundreds of affordable housing units throughout Atlanta.

At Dentons, she recently received a rezoning approval for a development in Oakland City. Working with Atlanta City Councilman Antonio Lewis and his staff, Hazard, along with her clients, Woodfield Development and Vida Companies, helped transform what was originally proposed as a fully residential development into a mixed-use development that will create jobs, affordable housing units, commercial spaces and live-work townhomes. 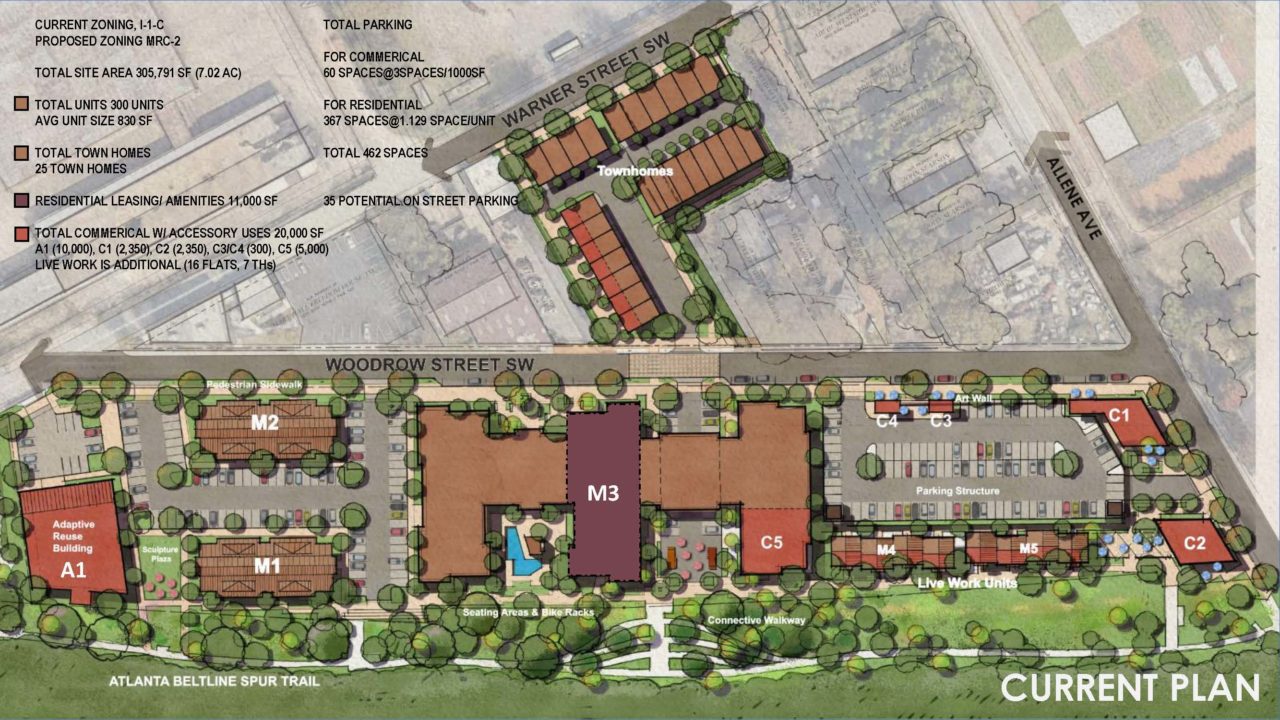 “When developers are willing to listen to, and work with the communities, we can create developments that improve the built environment, preserve and respect the history and culture of the neighborhood and improve the city as a whole,” Hazard said.

According to the ABA, the Up & Comers Award recognizes practitioners under the age of 36 who “show great promise through their efforts and accomplishments to continue these contributions for future achievements.”

In addition to all she’s accomplished for the City of Atlanta, its neighborhoods and residents, Hazard contributes to her community in other ways. She provides pro bono representation to low-income tenants through the Atlanta Volunteer Lawyers Foundation, low-income homeowners through Neighbor in Need and participates in programs that help low-income seniors draft wills and estate documents.

Looking forward, Hazard hopes to continue making Atlanta and its neighborhoods better. Though her goal has never been to “achieve success,” she strives to make those who have supported her proud.

“I did not get here on my own. My family, friends, mentors, professors and colleagues all helped along the way,” she said. “I am honored to receive this award, and it certainly would not have been possible without my College of Law family.”

Anamaria was a part of the Center for the Comparative Study of Metropolitan Growth’s Urban Fellows program while attending the College of Law.

John Marshall, associate professor of law and co-director of the Center for the Comparative Study of Metropolitan Growth said, “Anamaria was a determined problem-solver here at the College of Law. This is the ethic with which Anamaria entered law practice. In almost four years with the City of Atlanta’s Law Department and now more than three years in private practice, she has helped tackle divisive and complex challenges relating to affordable housing development, the advent of e-scooters and other micro-mobility options, as well as the enormous growing neighborhood pressures and conflicts surrounding short-term rental opportunities.”