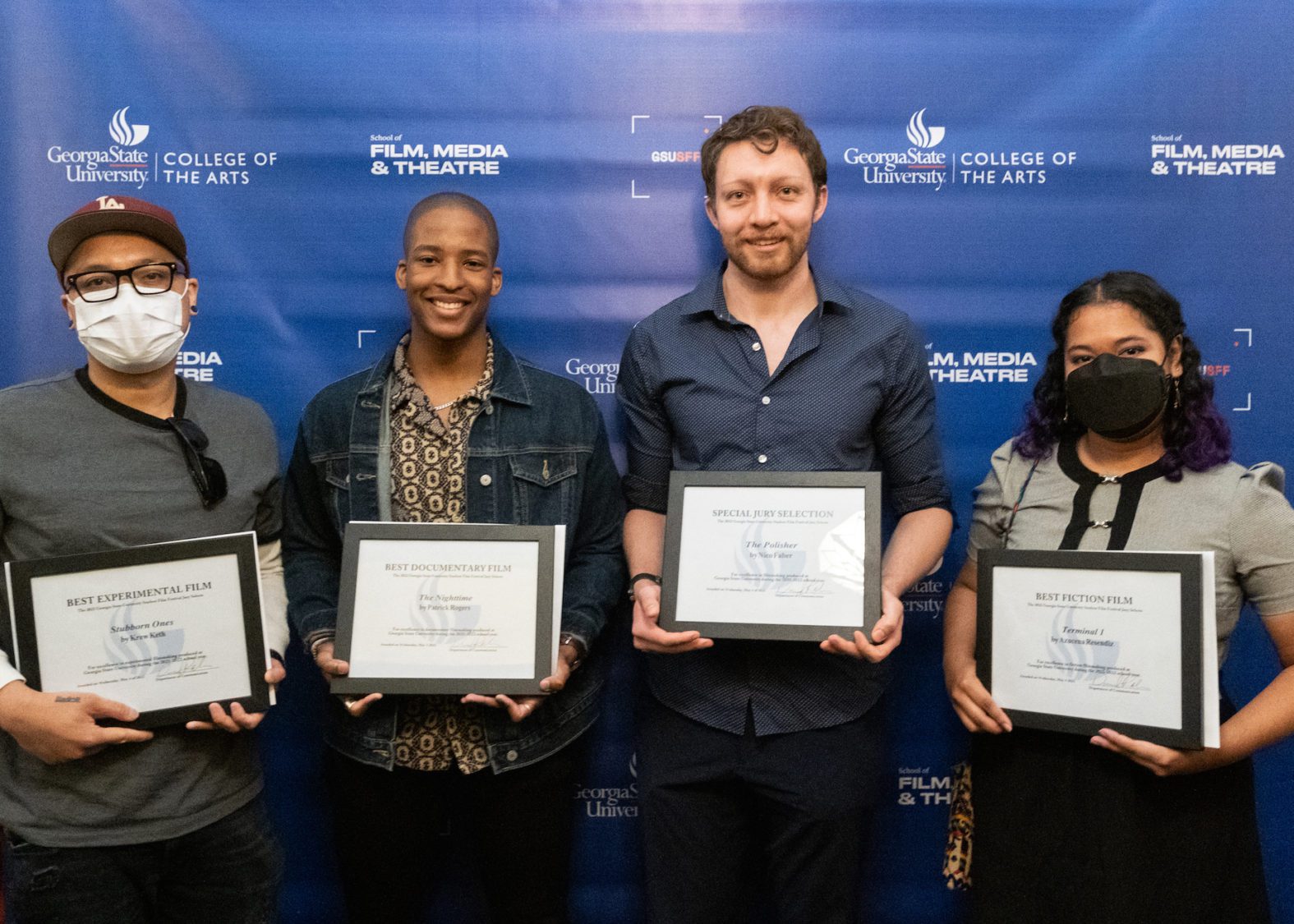 ATLANTA— It’s a wrap! The School of Film, Media & Theatre capped off the year with its annual showcase, the Georgia State University Student Film Festival (GSUSFF). The festival celebrates student films written, produced and directed by current film and media majors and M.A. production students of the 2021-2022 academic year.

The winners of the 2022 GSUSFF include:

A playful yet tautly constructed narrative about the filmmaker’s childhood memory of how Michael Jackson’s Thriller, was, at once, a source of inspiration and fear.

A deeply personal narrative about a childhood memory that haunts the filmmaker, but also an interrogation of how memory functions. The film is made entirely from found footage.

A lyrical and emotionally honest narrative about love, loss and loneliness from a young woman’s POV. The film was made entirely from found footage.

A thesis film about unhinged obsession expressed with incredible craft and visual abstraction.

“The GSUSFF Plaza Theater program was very competitive, and I know I would’ve had a difficult time making decisions because all of the films were strong,” said GSUSFF Founder and Director, Professor Daniel Robin. 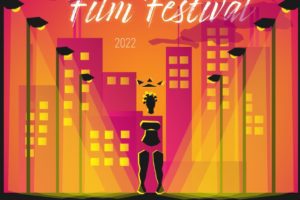 Caroline, a former M.A. production student, gravitates toward more experimental documentary filmmaking, with her short films screening at prestigious international film festivals, like IDFA and Sundance. At the same time, Alex is rooted in quirky but somewhat conventional industry narratives, being a producer on the FX series Atlanta, for example.

In addition to winning top honors, each award-winning student filmmaker received a $500 prize and two all-access passes to the 2023 Atlanta Film Festival through the generosity of film alumnus and Plaza Theatre owner Christopher Escobar.