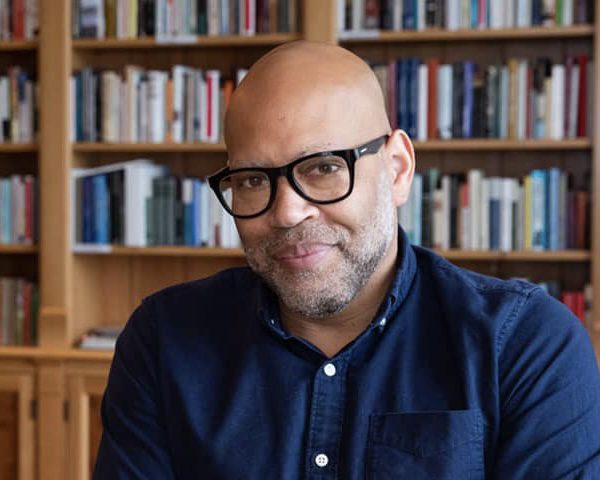 In partnership with the College of the Arts, the Ernest G. Welch School of Art & Design and the School of Film, Media & Theater are excited to present the inaugural event for the new Ferrer Visiting Artist Program. From March 22-25, 2022, the schools will host artist and filmmaker Kevin Jerome Everson for multi-day programming, screenings, lecture and a reception. Everson will be the first artist to participate in the micro-residency.

Painting and Drawing Professor Craig Drennen and Film Professor Dr. Alessandra Raengo invited Kevin Jerome Everson to share his work in photography, sculpture and film. Everson’s themes and practice overlap with student interests, and he is internationally recognized for his contributions in both fields. According to a recent review of his work in Artforum, “For more than a decade, working in numerous film and video formats, Everson has presented images of the lives of African Americans—and other people of African heritage, worldwide—through his own distinctive practice of cinematic portraiture, a blend of fiction and documentary that analyzes minute aspects of individual personality by homing in on everyday gestures of labor and leisure.”

During the residency, Everson will meet with film students for a workshopping masterclass at the Creative Media Industries Institute. The student research group liquid blackness will have the opportunity to meet with Everson exclusively to discuss how his work overlaps with their mission as a research group collaboratively studying blackness and aesthetics. ​​The most recent research article, “There is No Form in the Middle”: Kevin Everson’s Massive Abstractions is featured in liquid blackness: journal of aesthetics and black studies 5, no. 2 (Fall 2021).

The second portion of the artist’s visit will be dedicated to the School of Art & Design; Everson will conduct studio visits with M.F.A. graduate students across mediums and present a public lecture in Kopleff Recital Hall on March 25. At the lecture, the artist will present an overview of his career, share glimpses into new work, and screen one of his acclaimed short films before a Q&A session. The 2022 Ferrer Visiting Artist Program will culminate with a reception in the Welch School Galleries.

The Ferrer Visiting Arts Program provides programmatic support to the College of the Arts by inviting outstanding guest artists and professionals from various arts disciplines for mini-residencies. The program will feature guest lectureships, workshops, performances, directorships and exhibitions, as well as other arts-related programs that benefit students, faculty and the community as a whole.

Artist/Filmmaker Kevin Jerome Everson was born and raised in Mansfield, Ohio. He has an M.F.A. from Ohio University and a B.F.A. from the University of Akron. He is currently a Professor of Art at the University of Virginia in Charlottesville, Virginia. He has made eight feature-length films and more than one-hundred and twenty short films, including such award-winning films as Park Lanes (2015) The Island of Saint Matthews (2013), Erie (2010), Quality Control (2011), Ten Five in the Grass (2012), Cinnamon (2006), Spicebush (2005), Stone, Pictures From Dorothy (2004), Century (2013), Fe26 (2014), Sound That (2014), Sugarcoated Arsenic (2013) with Claudrena Harold and Emergency Needs (2007). Most recently he has presented the eight-hour-long film, Park Lanes (2015). He also has a DVD box set of his films called Broad Daylight and Other Times with a catalog distributed by Video Data Bank.