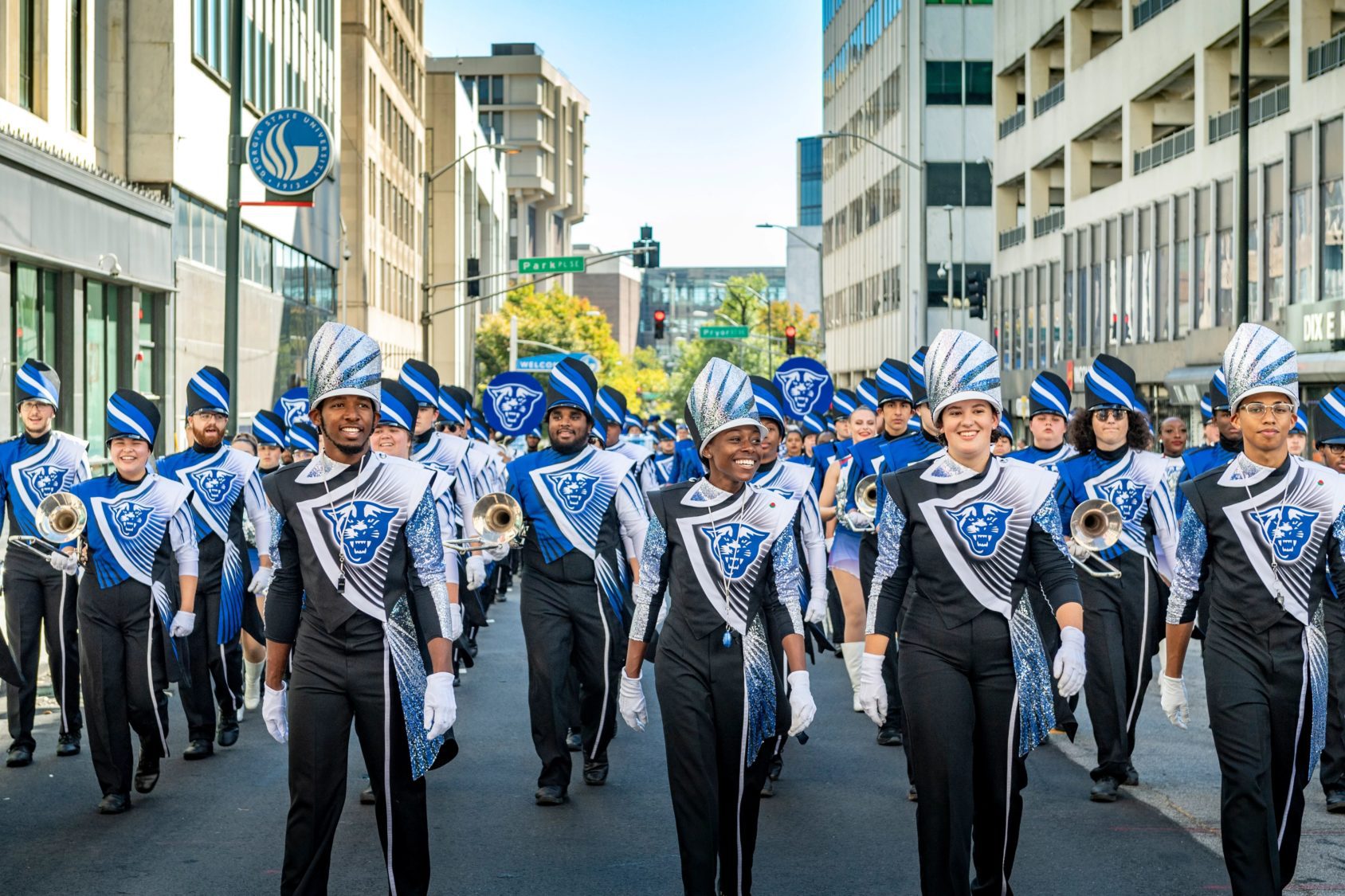 As 2021 comes to a close and the Georgia State University Panther Band prepares for landmark year-end performances, Georgia State fans Mike Lorton and Gary Youngblood have established a new endowment for the Panther Band. This endowment will provide much-needed programmatic support to the band, boosting their resources and allowing them greater ease to participate in well-earned opportunities like the upcoming Tournament of Roses Parade in Pasadena.

Memories of their own time in high school and community marching bands are special to Lorton and Youngblood, who have attended Georgia State Panther football games for more than a decade and have felt their experience enriched by the exceptional talents of the Panther Band. “We are honored to have such devoted fans of the Panther Band,” said School of Music Director Chester Phillips, former director of the Panther Band. “With their generous endowment, our students will have greater access to show the world their exemplary talents, both in Atlanta and on the road.”

In the decade following its founding, the Panther Band has performed in the 2013 inauguration of President Barack Obama, the 2014 Macy’s Thanksgiving Day Parade, the 2019 Super Bowl LIII Pepsi Halftime Show and now the 2022 Rose Bowl parade.  Exhibiting such a high degree of achievement in such a short time inspired the philanthropic pair of benefactors to invest in the present and future success of our student musicians.

Lorton and Youngblood believe in the promise and momentum of the Panther Band’s success, and they hope that their gift will inspire others to support “The Sound of Downtown” as a continuing source of pride for Georgia State. Their gift, and yours, ensure that that past, present and future band members will have the same wonderful memories.

To join Mike and Gary in supporting our Panther Band, you can contribute to the endowment here: Panther Band Endowment Fund