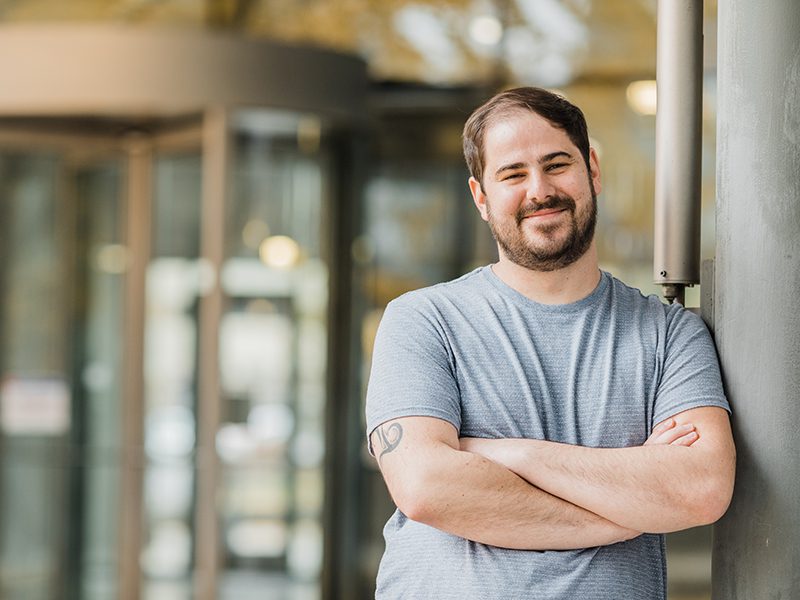 A few years ago, Peter Clements didn’t believe he was cut out for college. Today, he’s on the cusp of graduating and proud of himself for not giving up.

“My family has really seen the hard work I put in this time around and they’re really proud of me,” Clements said. “Sometimes taking time off is the right answer, and it’s never too late to go back to school.”

After graduating from Dunwoody High School in 2010, Clements enrolled at Georgia Southern University to study mechanical engineering. He struggled academically and took classes off and on for a few years before deciding that college might not be for him.

“I was pursuing a degree I had little to no interest in, and I felt like I had no purpose,” Clements said. “I was depressed and had a lack of motivation. I really struggled with my grades and the college structure in general.”

For the next five years, Clements worked odd jobs at restaurants and country clubs and thought about what he wanted to do in life.

“Working those jobs, for little pay, and not feeling fulfilled contributed to pushing me to get back to college,” Clements said.

Now, Clements will graduate from Georgia State University with a bachelor’s degree in Neuroscience and plans to pursue a Ph.D. in the discipline.

“It feels amazing knowing I’m graduating,” Clements said. “There was a point in time where I couldn’t picture myself being successful at any university. It’s just wild to think that I did it.”

Clements said his interest in neuroscience started in high school as he was trying to understand how drug addiction could affect the brain.

“A lot of people who are close to me were exposed to drug addiction,” Clements said. “There’s this stigma of people asking, ‘Why can’t you just stop?’ But it’s a disease. It’s become more accepted and understood that there are underlying reasons for drug addiction, but the stigma is still there.”

Another disease that has piqued Clements’ interest is COVID-19 and its effects on the body.

“It all started because my girlfriend’s mom had COVID last year and still hasn’t regained her taste,” Clements said. “I really wanted to develop my research skills and understand this disease more.”

Clements plans to enter a graduate program in neuroscience this fall. In the meantime, he said he will volunteer his time in Dotson’s lab.

“One day I would like to be in a lab conducting research full-time,” Clements said.  “I’d like to stay close to academia because I feel this is where the real work and discoveries happen.”