ATLANTA – The assumed benefits of collegiate conference switches – such as increases in athletic revenue, improved athletic performance, and enhanced university branding – that drove two previous waves of realignments (2005-2006, and 2011-2015) and have triggered a third wave now underway, are more perception than reality, according to research conducted by a team led by Stephanie Herbst-Lucke of the Department of Marketing at Georgia State University’s J. Mack Robinson College of Business.

This conclusion and others result from four years of quantitative and qualitative research by Herbst-Lucke, a Ph.D. candidate at Case Western Reserve University’s Weatherhead School of Management, with Paul Salipante of Case Western Reserve and Robert Mayberry of Georgia State.

Herbst-Lucke and her colleagues empirically measured the effect of strategic conference changes on financial outcomes of the defecting colleges between 2009-2017. Although their data has not yet been peer-reviewed for publication, their analyses contradict the conventional wisdom, literature, and the vast majority of reporting.

“We found that universities that changed conferences neither increased earned revenue nor decreased debt, compared to universities that stayed put. The economic, mission, athletic performance, and brand outcomes described in academic literature and anecdotally are not supported,” said Herbst-Lucke. “In no other category would iconic, multi-billion-dollar brands voluntarily disrupt successful, long-standing relationships.”

Herbst-Lucke’s dissertation topic was a convergence of interests. An alumna of the University of Wisconsin, she is a five-time NCAA Division One champion and was the 1985-1986 Big Ten Conference Female Athlete of the Year. Before joining academia, she held senior marketing positions at AT&T, St. Jude Children’s Research Hospital, and ServiceMaster Brands, among others.

“For my dissertation topic, I wanted to answer a question that seemingly was not being addressed in college athletics. I found myself asking, ‘Why are these college institutions changing conferences when it impacts their brand?'” said Herbst-Lucke. “My colleagues and I thought the reason was increased revenue. But when we started running tests and conducting surveys, we found these realignments were leading to long-term brand and mission depletion outcomes.” 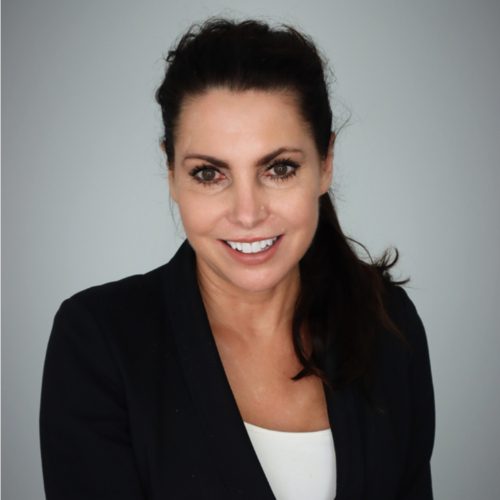