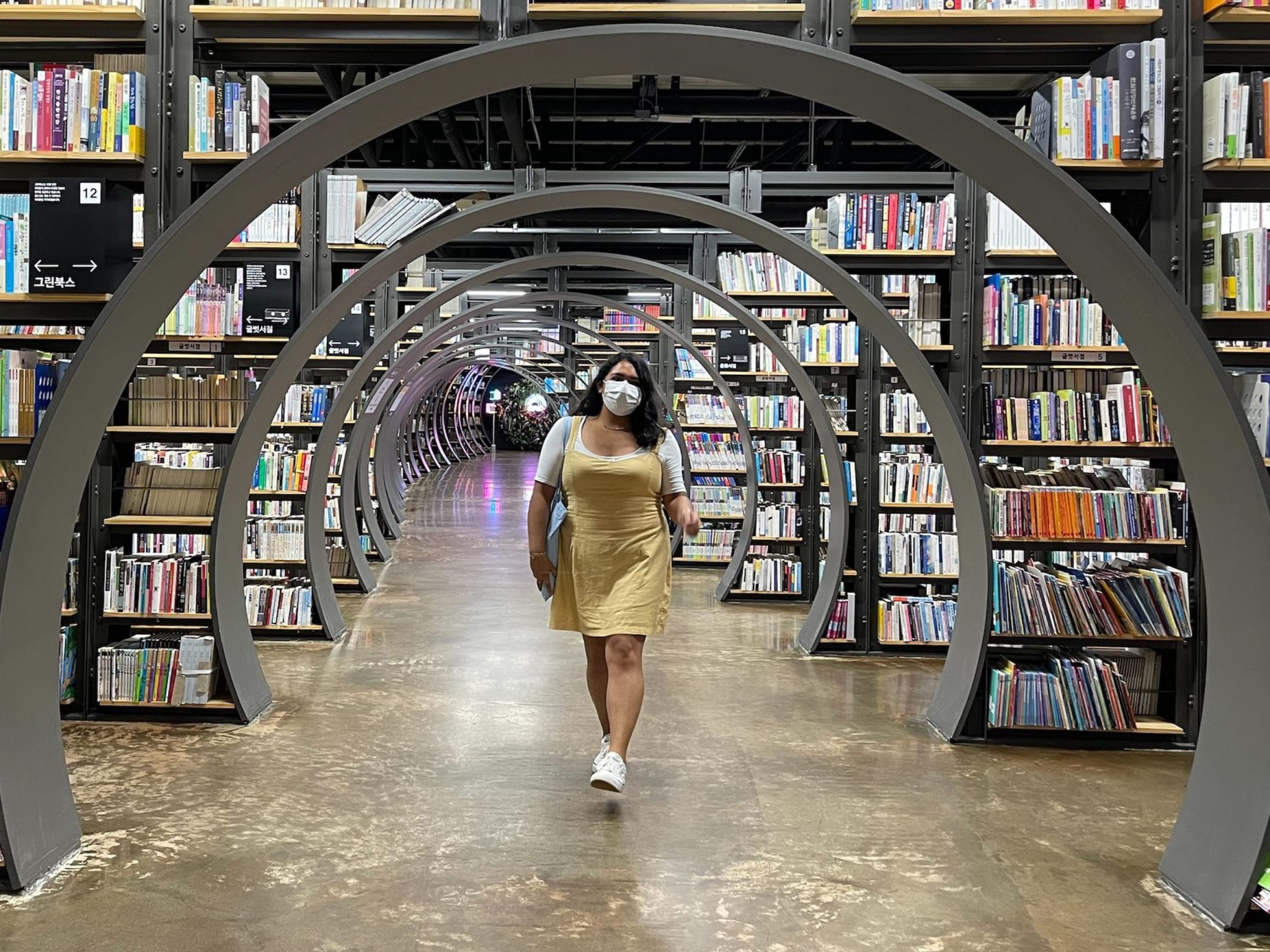 For Ashley Aguilar, a senior in International Economics and Modern Languages, being immersed in a new environment as a foreign exchange student is a welcome challenge.

“I love exposing myself to different cultures,” Aguilar said. “Being able to communicate with people in their language allows me to connect with them and that’s what I love the most. It’s very exciting to me.”

Aguilar, received the Boren Scholarship this year, making it possible for her to travel more than 7,000 miles to study abroad in South Korea. The scholarship allows U.S. undergraduate students the opportunity to study in areas of the world that are critical to U.S. interests.

Aguilar will finish her last semester of undergraduate studies at Ewha Womans University, a prestigious women’s college in Seoul, where she’s studying economics and Korean.

“I’m having a blast here,” Aguilar said. “Everyone has been very supportive.”

Aguilar, who already speaks Spanish and Mandarin, hopes to work in Korea in the environmental economics field and said her experience is providing her an opportunity to network with professors and classmates. 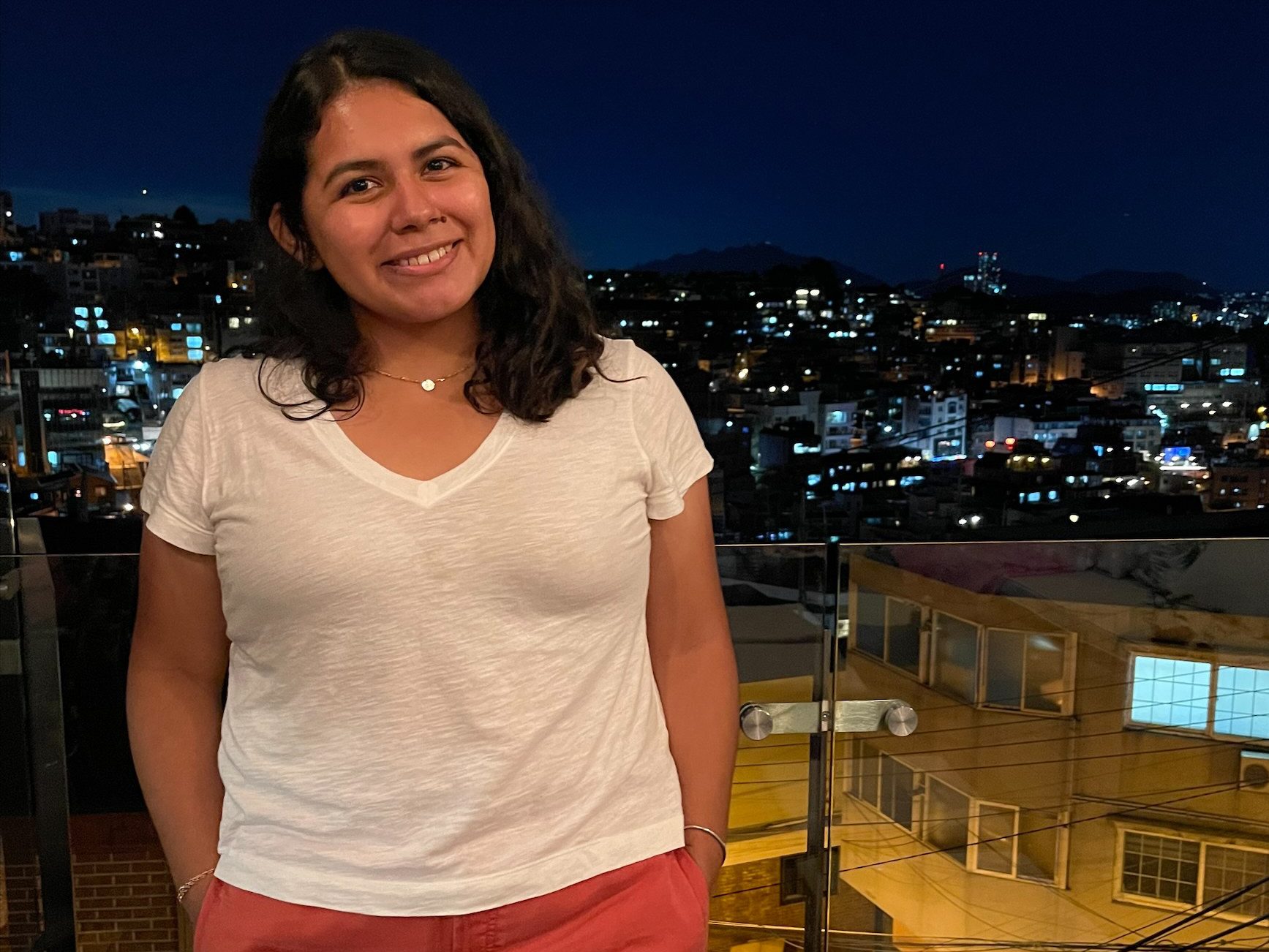 The Seoul government regulates how late businesses can stay open and the number of guests restaurants are allowed to seat at one time. That means many people go for walks after 9 p.m. to socialize, Aguilar said.

“I usually walk around with my friends … and just explore the city,” she said. “I’ve still been able to enjoy the country, despite the restrictions.”

Aguilar starts her day by waking up early for her online classes and going to a coffee shop or a scenic area of the city to complete her work.

“After I’m done, I love to walk around the city and try some new Korean food,” Aguilar said. “They have such amazing food and I love trying something new. I’ll also take the bus back to my dorm so I can sightsee.”

Aguilar said applying for the Boren Scholarship was a “nerve-racking” experience.

Aguilar, who has always dreamed of visiting South Korea, tried to apply for the Boren Scholarship two years ago while she was a student at New York University, but quit after writing the first two paragraphs of her application.

“I just thought it was too difficult and I didn’t feel confident at the time,” Aguilar said.

This time, Aguilar got help from Georgia State University’s Boren Campus Committee, meeting with the team at least twice a month to get feedback on her application.

“About a month after applying, I got an email that said I was going to Korea and I couldn’t believe it,” Aguilar said. “It was such a blessing.”

Aguilar, who will graduate in May, is spending the year studying how South Korea’s economy affects the United States and how its economic policy plays a role in U.S. trade agreements.

At the end of the exchange program, Aguilar plans to refine her Korean language skills in Sungkyunkwan University’s language program.

“Being able to work with my professors and classmates, I’m able to build a better foundation to work in Korea. That’s what I’m excited for,” Aguilar said.