Johnson Co-Authors Book on Varieties of Atheism in Science

Writers Richard Dawkins, Sam Harris, Daniel Dennett and Christopher Hitchens are four of the most prominent faces of the New Atheism movement, which often disparages religion and religious beliefs and upholds science as the only path to understanding the world.

“Religious individuals might believe that most scientists have negative views of religion when in fact, previous research we have conducted shows that no more than one-third of scientists in the U.S. see science and religion as in conflict with one another,” said College of Education & Human Development Associate Professor David Johnson. “This could also make religious individuals less inclined to listen to and trust scientists, which is especially important in the current COVID crisis.” 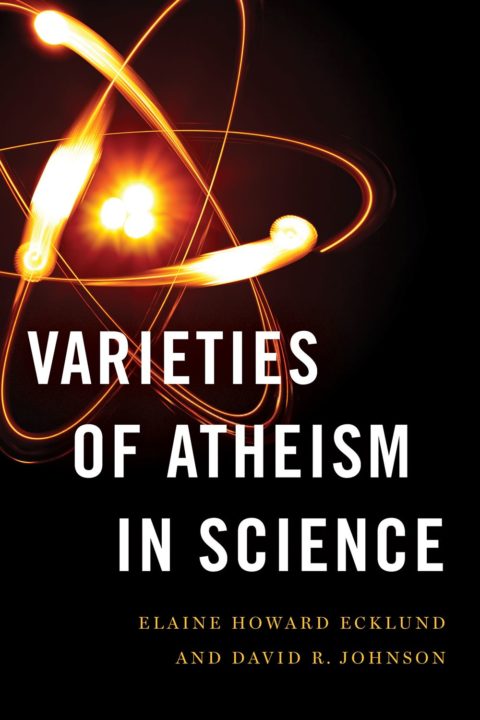 They conducted surveys with 1,293 atheist scientists at universities in the U.S. and the U.K. and completed follow-up, in-depth interviews with 81 survey participants for a new book entitled, “Varieties of Atheism in Science.”

“The results we discuss in the book address the pathways to atheism among scientists, their views of religion, the value systems and morals they embrace, and whether they believe science explains everything — including nonmaterial aspects of life,” he explained.

“Fewer than 40 percent of spiritual and culturally religious atheists embrace the conflict perspective on science and religion,” Johnson said. “I find these patterns interesting because they belie the dominant narrative that atheists in general – and atheist scientists in particular – are anti-religious. Atheist scientists are not nearly as hostile toward religion as narratives in the public sphere suggest.”

In addition, the authors found that most atheist scientists didn’t develop an indifference toward religious beliefs because of their exposure to science in school. Their science education may have affirmed their atheistic beliefs, but wasn’t the main reason they identified as atheists.

Johnson hopes their research will encourage more fruitful conversations among leaders in science and religion about the connections between the two fields.

“The takeaway I find most important is the idea that the scientific community should be concerned about its relationship with the religious community. Public trust in science is important and the relationship is consequential for diversity in science, given that women and non-whites are underrepresented in science and overrepresented within religion,” he said. “The interests of science and our collective well-being may be best served if such discourse were carried out through productive dialogue with persons of faith, rather than through derision and hostility.”