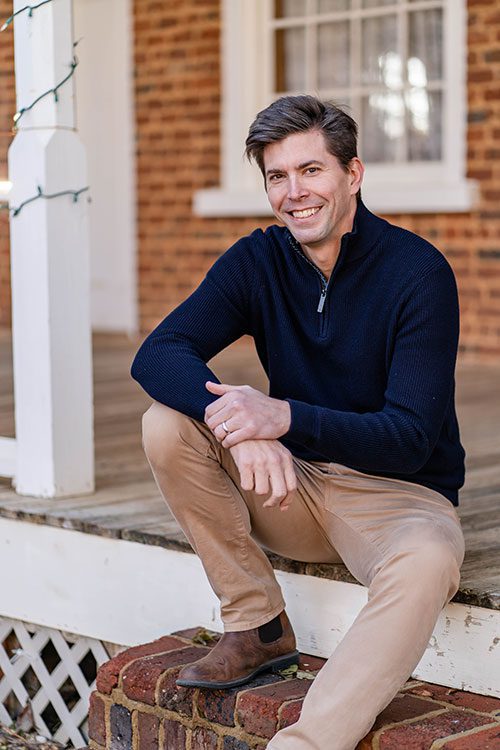 While pursuing a Flex MBA from Robinson, Chris Railey kept his head down and didn’t pay much attention to extracurricular activities. His full-time job as a sales engineer, evening course load, and marriage kept him busy enough. But while waiting for a finance class to start in the Aderhold Learning Center, an advertisement for Panthers on Wall Street populated a digital screen. The four-day excursion to New York City’s financial district seemed like the exact experience he needed to make a drastic career change. After an intense application process, Railey was selected to participate in the program’s first-ever cohort.

“I was in my mid-30s at the time and had to be really thoughtful and strategic about my next step,” Railey said. “Panthers on Wall Street set me up with a toolkit of skills and knowledge, and ended up being foundational to the career shift I made.”

Upon graduation in 2008, Railey joined KPMG’s Advisory Services team and worked his way up to a manager position. Three years later he pivoted to Cox Communications, where he has moved up to executive director of finance and residential revenue. To this day, he enjoys mentoring professionals looking to go in a different direction.

“I know how scary and exciting that can be,” Railey said. “I’m proud to be part of people’s journeys.”

“Panthers on Wall Street connected me to Robinson and got me more involved,” Railey said. “But I’ve also learned about the innovative things Georgia State is doing to educate individuals who didn’t have access before, as well as people who get veered off the path because of hitting one little snag.”

Railey’s consistent largesse places him in Robinson’s Dean’s Society, a group of benefactors who meet certain giving levels. But the intent behind Railey’s contributions has nothing to do with recognition.

“What motivates me is reflecting on the opportunities I received, appreciating how my life has turned out, and leveraging that to create opportunities for others,” he said. “My wife and I want to leave a meaningful legacy that makes an impact.”