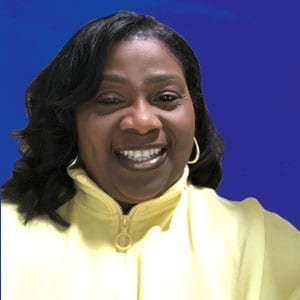 Tammy Borne has worked at Wellstar Health System for more than a decade, most recently as a project manager. Technology keeps the healthcare field in a constant state of change. But Borne doesn’t want to just hear about how, for example, an artificial intelligence-driven platform is being used to more efficiently route customer service tickets. She wants to understand how it works, and contribute to future innovative projects. To modernize her skills, she decided to pursue a Graduate Certificate in Artificial Intelligence Business Innovation at the Robinson College of Business.

A Cloverleaf developer by trade, Borne already possessed knowledge of dynamic programming language Tcl. In her Introduction to Programming & Predictive Analytics for Business course with Charlotte Alexander, Borne became proficient in Python and R as well. She put her new knowledge to the test throughout a group assignment with three teammates, all from different countries: China, France, and Saudi Arabia.

“You can imagine all the negotiation that took place, given the varying time zones,” Borne said. “I enjoyed collaborating with such a diverse mix of people.”

For their research project, Borne and her classmates tested which variables in an Airbnb data set most influence Manhattan listing prices. The team approached the assignment with automatic assumptions: that properties offering free breakfast and Wi-Fi charge the highest price. But the model they ran proved otherwise. Overall number of rooms and on-site fitness centers were the major factors at play.

In her Innovation Studio course, Borne challenged even more preconceived notions, this time about herself.

“I put together a business plan and built a website, both of which I never thought I’d do,” Borne said.

As part of the Innovation Studio, all students develop a viable prototype. Senior Lecturer Elizabeth Strickler encourages all participants to choose a project aligning with their passions. Borne considered going for something heavy, like addressing the issue of young adults aging out of foster care when they still need support. Instead, she launched a fictitious sock brand that eventually could become an agent to serve the community. 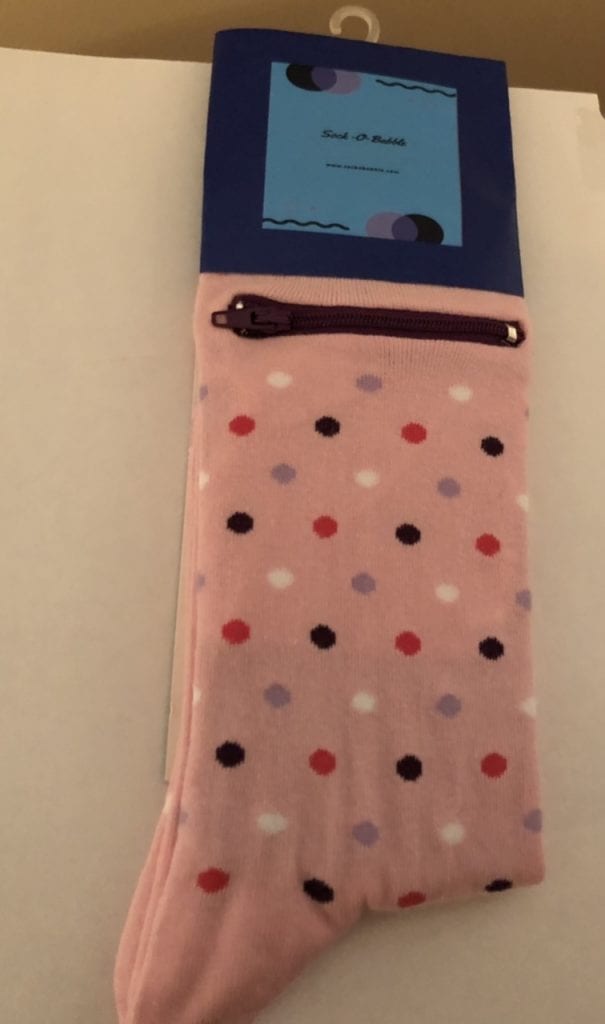 Borne created a prototype for a fun, breathable sock brand geared toward women.

Called Sock-o-Babble, the brand focuses on fun designs and breathable fabrics that women can wear on an everyday basis. After researching competitors like Bombas and Socks n Socks as well as conducting interviews with classmates and professors, Borne realized socks aren’t just a piece of cloth people stick on their feet. Socks often evoke emotions tied to their wearers’ experiences and memories. Borne wouldn’t have come to that conclusion without feedback from her classmates.

“After doing my normal thing at my 9-to-5, I was so refreshed to interact with college-age students, people my age, and even older professionals,” she said. “Through our brainstorming sessions, they shared perspectives I never even thought about.”

As the semester wore on, Borne had an epiphany: she wants to keep learning. She just enrolled in Robinson’s Flexible MBA program, and applied the credits from her certificate toward that degree. Borne’s program of study is tailored toward her industry; she’s earning an MBA concentration in health informatics, which will position her for her next big step, however that might crystallize.

“When the next opportunity presents itself, I want to be a viable candidate,” Borne said. “And I want to contribute to my organization in as many ways as possible.”