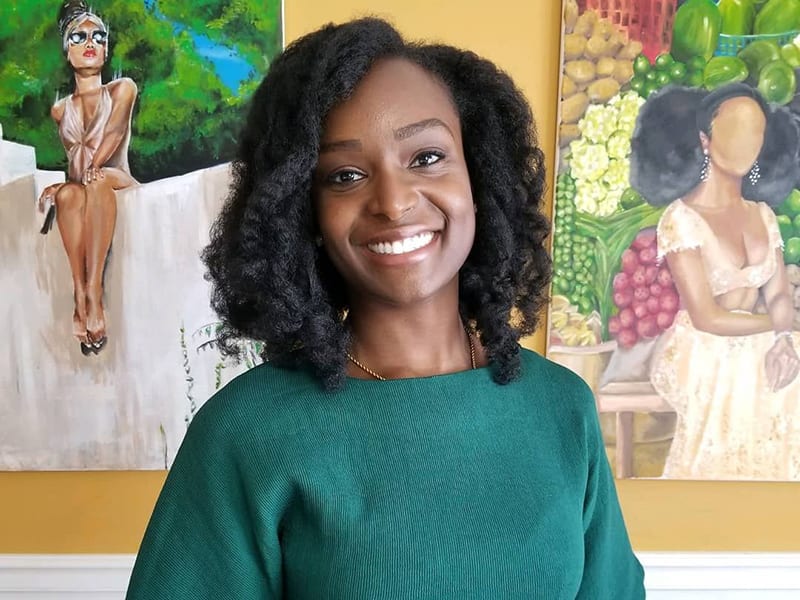 Growing up as a second-generation Haitian-American, doctoral student Mollie Innocent-Cupid lived by the three L’s of Haitian culture—Lekòl, Legliz, Lakay—school, church and home.

Cupid said she’s always had a strong sense of pride surrounding her Haitian upbringing in New Jersey. Cupid, who receives her Ph.D. in sociology this spring, said her dissertation, “Black and Foreign: Haitian Immigrant Identities and Well-Being in America,” was very personal for her.

“Every Haitian person knows the three L’s,” Cupid said. “I would go to school in a predominantly white space and then I would go home and have a very authentic Haitian experience. It was speaking Kreyòl, eating Haitian food and that’s just how it was. I knew my experience was a little different than my peers.”

Cupid said she wanted to pursue research and writings that reflected the unique experience of Haitian immigrants in America, drawing from the experience she had growing up. She hopes to turn her dissertation — which sheds light on intergenerational resilience as it relates to identity and well-being — into a book so it can be accessible to the public and help future generations learn more about Haitian culture and the Black diaspora. She hopes her work galvanizes future research on Black immigrants and create models of resilience in other minority groups.

“My goal is to get my work out there where it’s accessible and visible,” Cupid said. “When we learn about race relations, it’s very black and white, both literally and figuratively. But there’s a lot more complexity to that.”

After graduating with her master of social work degree from Fordham University in New York, Cupid and her husband moved to Atlanta where he had landed a job.

Cupid, who speaks Spanish and Haitian Kreyòl as well as English, said she felt self-doubt about pursuing her doctoral degree at Georgia State. She was working full-time as a psychotherapist, was five months pregnant with her first child and was older than most of the students in her cohort.

“I was five months pregnant with my first child on my first day, filled with thoughts of imposter syndrome and overall apprehension,” Cupid said. “Not many people survive this journey.”

Now, with two children, a supportive husband and a successful career as a director of operations at the Summit Counseling Center in Atlanta, Cupid moves on to the next phase of her life.

“He and his sister Claire were able to watch their mom become a doctor,” Cupid said. “It’s a huge feeling of pride and excitement for what happens next.”