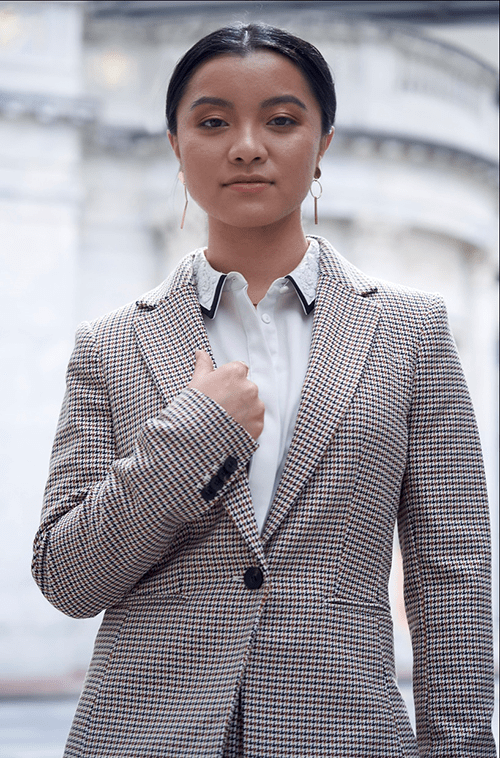 When Angela Praseuth talks about the Atlanta spa shootings, she begins to visibly shake. On the same day and at the same time of the attacks, she and her sister were at a spa in another Atlanta suburb. What upsets her equally is how quickly the media moved on to the next story.

Praseuth is half Vietnamese, a quarter Thai, and a quarter Lao. Since last March, she has tirelessly used her Facebook and Instagram accounts as a platform to bring awareness to the surge of racist violence against Asians. She could see exactly who viewed her Instagram stories, and was frustrated the content was met with silence. Once the brutality became real in Atlanta, Praseuth’s network started to pay attention.

“Now people are saying, ‘Wow, I can’t believe this is happening,’” Praseuth said. “Because Asian hate crimes have hit the Atlanta community, people finally see it as a serious problem.”

One Facebook friend and former professor took particular notice: Isabelle Monlouis, a professor of practice at Georgia State’s Robinson College of Business, where Praseuth is pursuing a dual undergraduate degree in entrepreneurship and computer information systems. But Monlouis didn’t just listen. She took action. Through consultation with Praseuth, Monlouis drafted a statement of allyship to the Asian and Asian American populations. Monlouis sits on the Committee on Cultural Diversity (CDC), a part of the University Senate, and updated the message in collaboration with two fellow members. Less than a week after the Atlanta spa attacks, the CDC voted to officially release the statement of allyship.

“Angela educated me.” Monlouis said. “I was completely unaware. With each post Angela highlighted the escalation in hate crimes against Asian Americans, the casual indifference on social networks, and the deafening silence on network media. Angela shared new stories every day, and together we agreed we needed to do more than amplify them. We needed to engage our larger community in taking a stand against Asian hate in support of a safer, more inclusive community.”

For the majority of her life, Praseuth hated being Asian. The demographic at the high school she attended was predominantly Black and Hispanic.

“I was neither of the two,” she said. “No one understood my culture. My classmates said things like, ‘You wouldn’t get it. You’re Asian.’”

Over time, Praseuth has learned to appreciate her culture, and even stand up for it. Just before the pandemic shut down Georgia State’s campus, she overheard an Asian classmate joke that he “probably had the Kung Flu.”

“The self-hate for being Asian has been amplified amid the coronavirus. I told him, ‘Don’t do that to your soul,” Praseuth said. “I’ve managed to find my way through life and represent my culture. Now I can say I’m very proud to be Asian.”

Praseuth is currently interning as an executive assistant at Code Calloway, a nonprofit organization that helps students from untapped communities pursue higher education and carve pathways to success. She plans to stay at Code Calloway until she graduates next spring and enrolls in Robinson’s Master of International Business program. By that point, she hopes to launch her own startup that will provide resources and support to first-generation college students. Based on Praseuth’s ability to incite a university to release an official statement of allyship, she will be an ideal role model for students blazing trails within their families.

“Angela embodies the kind of leadership we wish our students to demonstrate” Monlouis said. “From starting courageous conversations to engaging those of us who wield more institutional power, Angela worked actively to advance our understanding. She became a voice advocating for positive change for her community. At our best, we teach our students to learn, to grow, and to lead. When they do, I follow.”