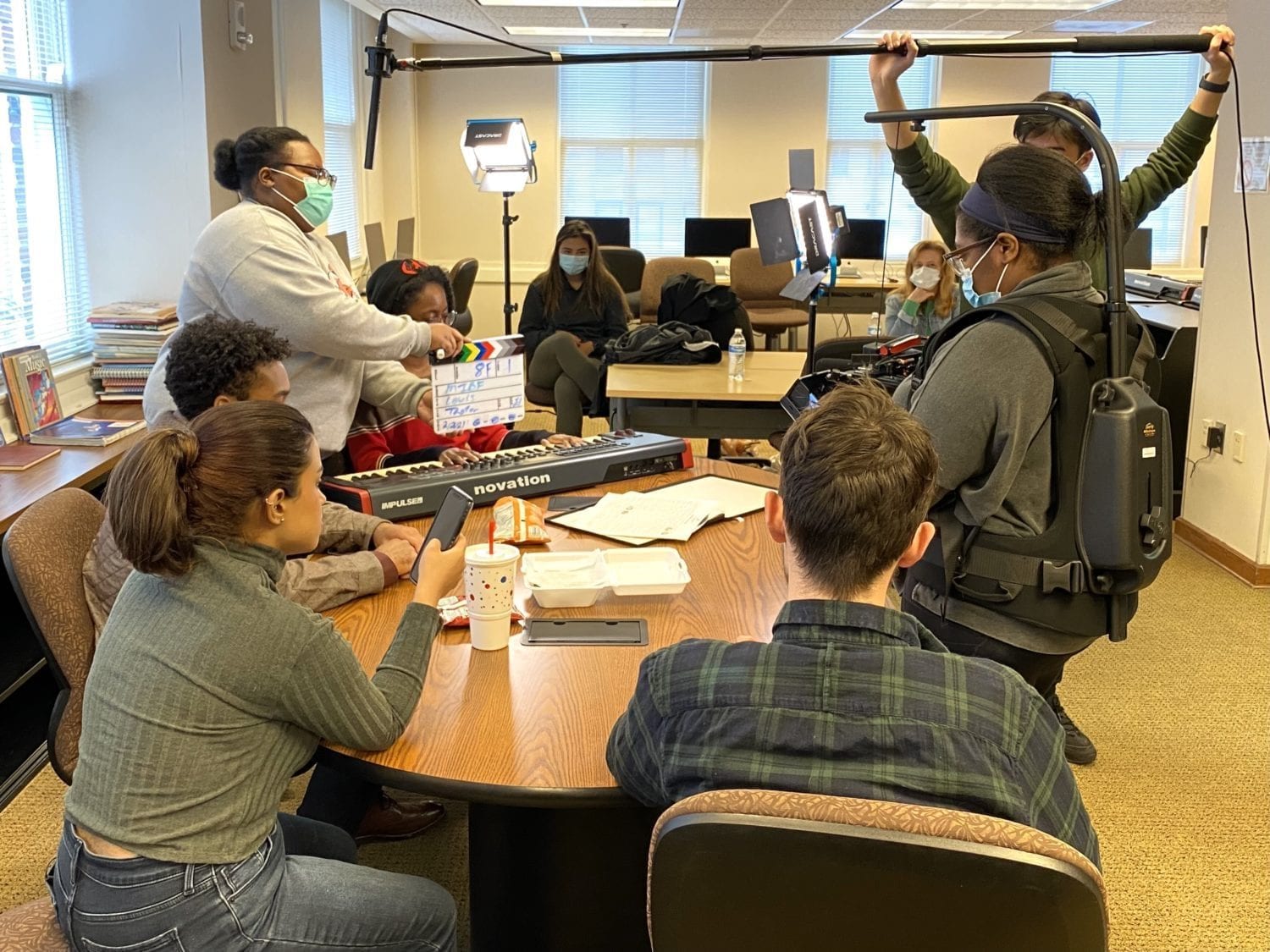 When an overzealous choir director comes back from a worldwide tour with his students, money exchanges hands, students complain of health issues and the provost is on his neck, but an unexpected twist will have you asking; “Who really killed him?”

Eighteen months ago, student and faculty teams from the School of Film, Media & Theatre and the School of Music began collaborating on a first-of-its-kind, eight-episode whodunnit series of mystery and intrigue. Students from Susan Sojourna Collier’s Serial Television Writing class worked in parallel with students from Dr. Phil Lewis’ Production class, Ly Bolia’s Cinematography class, as well as a student cast selected by series Casting Director Mary Emily Deal to build the foundation for a long-running endeavor. Two semesters of planning, writing, plotting, and rehearsing would set up the project for a trial run in the fall of 2020 to create a rough-cut version.

For the writing process alone, Collier’s Serial Television Writing class began with a three-week head start on production, drafting, editing and delivering a script each week, just in time for the rough-cut rehearsals. At this pace, rehearsal filming began in week four, and the process continued rolling, week-over-week, until all scenes were fully wrapped. As much as possible they attempted to mimic the rigors of a real series production. Enter the School of Music.

That comprehensive preparation would provide a semi-finished product to inspire four students from the School of Music, Ha Thi Ngoc (Anna) Nguyen, Kayla McIntyre, Caleb Both and Noah Holland, who had won a composition contest for the chance to score this series. Each student, with the guidance of their faculty mentors, would tackle individually assigned episodes, creating nearly 10 minutes of original music each week, designed to rise and fall with the series’ narrative. They also worked collaboratively to create the foley and sound effects needed for the production, which took the place of postproduction sound design and mixing.

“This was a one-of-a-kind opportunity for the talented students involved with the project,” said one faculty mentor, Dr. Marc LeMay. “It has not only enabled them to apply their knowledge and expertise as composers and sound designers but has given them connections across other creative industries that will open up new avenues for their professional careers.”

The production was thrown a curveball in the Spring of 2020, when all in-person meetings, collaborations and chances to film went on a brief hiatus. Like the rest of the world, the team needed to find a way to work remotely around a global pandemic that brought even the biggest-budget film franchises to a halt.

Lewis cites the robust and readily available COVID-19 testing clinics on Georgia State’s campus as an integral component of their strategy that enabled the team to get back on track safely. Limiting the number of people allowed on set was frustrating at times for students eager to be present and engaged, but full cooperation with strictly maintained distancing measures spared cast and crew from an unwelcome outbreak.

“Everyone was dependent on everyone else,” Lewis said of their efforts to keep going. “It took all of us working together to make this possible.”

In the spring of 2021, with the full series original soundtrack underway, Dr. Lewis and Professor Deal turned to a fresh cast and crew–a new semester of students and a couple of those who worked on both the rehearsals and production who all would join a team of now 85 individual pre-production collaborators to be part of the final production. Mirroring their rehearsal schedule, the team filmed one episode per week and wrapped final scenes on Friday, April 9th. 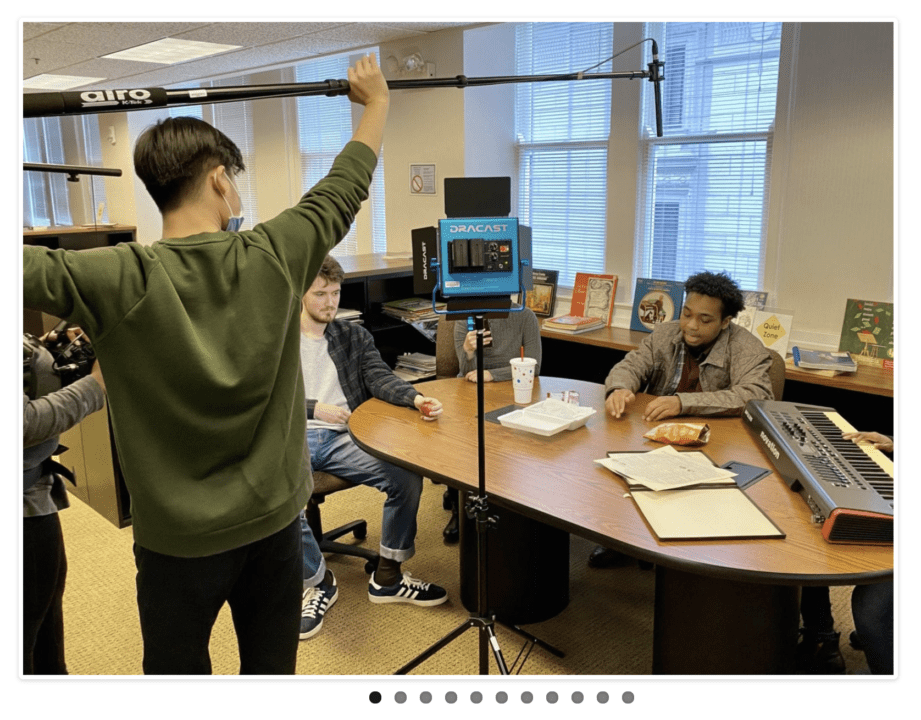 As the plot thickens, here are a few behind-the-scenes snapshots of the actors and production team in action from the in-house marketing team. Click the image to see more.

With two weeks to finalize the episodes for a private friends-and-family screening, Dr. Lewis reflected on the complexity of the process: “Projects like these require an enormous amount of planning, and it doesn’t just “happen,” he explained. “This level of collaboration across our two schools and among our students and faculty has been extraordinary, and I have confidence we can continue to scale these types of projects in the future.”

More than just a class project to jumpstart their portfolio, the students involved on every level of this production, both in front and behind the camera, will walk away having forged connections they can carry forward into their careers. An IMDB page, created to formally document the production, will officially credit all cast and crew and lay the groundwork to connect them to their next role. “It’s paying off for everyone connected to the project,” said Lewis. “They’re going to have professional-level experience coming out of Georgia State.”

“Murder in Bb Minor” has us on the edge of our seats to see not just the ending but the possibilities in store when artists across different disciplines work together in the College of the Arts.