Truist Internal Audit Leader Got Her Start with a Case Competition 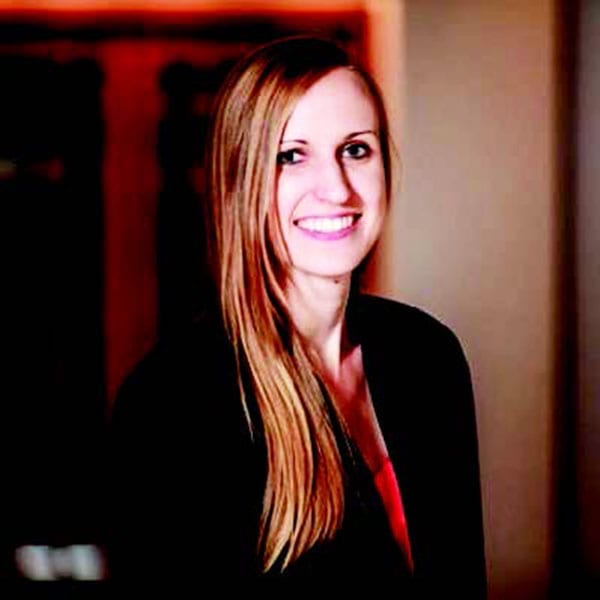 So far, Christy Beers’ greatest career accomplishment is a faster-than-average upward climb at Truist. She started as a staff auditor in 2016, rose to senior auditor a year and a half later, and was promoted to audit manager just two years after that. Ironically, she didn’t originally intend to enter the internal audit field. When she enrolled in the Master of Professional Accountancy program at the Robinson College of Business, she didn’t even know that area of the accounting profession exists.

That changed when faculty member Larry Ashmore* encouraged Beers and her classmates to participate in the 2015 Internal Audit Case Competition sponsored by the Atlanta chapter of the Institute of Internal Auditors (IIA). (Ashmore not only served as the team’s faculty adviser but also opened doors for Beers at Truist, then called SunTrust, where he had retired as a managing director. Ashmore leveraged his contacts, who were instrumental in Beers’ landing a job interview.)

As part of the IIA challenge, Beers and two teammates examined cybersecurity risks faced by a publicly held company, and reported their findings and recommendations for risk mitigation to a panel of judges. The team won first place. Beers received a $1,000 prize as well as an introduction to what she considers the most interesting sector of accounting.

“In an external audit role, I would do the same things over and over again, like auditing financial statements,” Beers said. “But as an internal auditor, I constantly have to think analytically and learn new processes. My brain gets stretched every day.”

Beers claims she wouldn’t have moved up so quickly without guidance from her mentors; she sought the advice of Truist senior managers who included her in projects and upper-level meetings. Beers also has been paired with a mentor through the IIA’s Emerging Leaders Mentoring Program. They meet quarterly to discuss her next goal: earning a certification as either a certified internal auditor (CIA) or certified information systems auditor (CISA). To Beers, mentors play an integral part in any ambitious professional’s career strategy.

“Some people can make it through life on their own, but the majority of successful people have been taken under someone else’s wing,” she said. “Mentors have so much experience they can share to propel others forward.”

Beers also serves as a mentor through IIA’s Emerging Leaders initiative, and meets monthly with a Master of Professional Accountancy student from the Robinson College of Business.

“Robinson did a lot for me, so it’s my duty to help students however I can,” she said.

Beers gives back to not only her alma mater but also the case competition that initially set her career in motion. This year, she is chair of the event, which has been renamed the Bill Mulcahy Audit and Advisory Case Competition.

* Larry Ashmore passed away in December 2020.