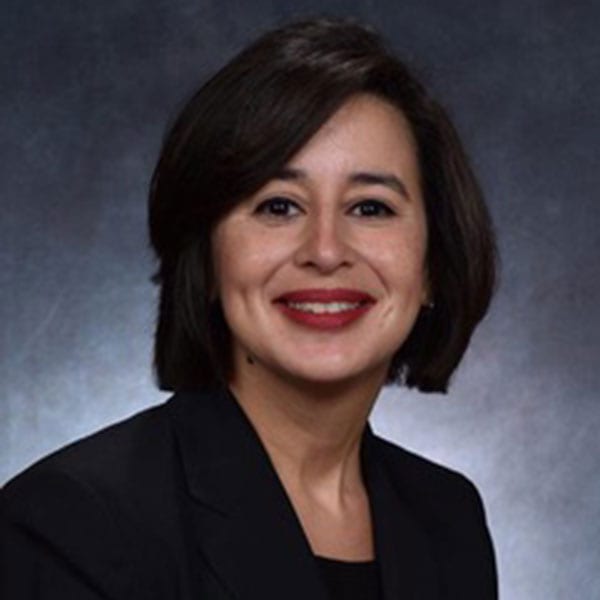 People analytics has brought a layer of sophistication to the human resources (HR) function. As a talent scout at State Farm, Carla Vasquez leverages data insights to make better hiring decisions. For example, by examining interactions with job candidates and employees, Vasquez can pinpoint why prospects only partially complete applications and abandon the process as well as why job postings might not attract the right level of talent, ultimately predicting the time required to fill a position. People analytics is applicable to HR relations beyond the candidate pool; Vasquez has developed data-backed strategies related to employee retention issues like decreasing turnover, addressing unexpected absences, and providing relevant benefits.

Because State Farm has shifted more and more toward a data-driven culture, Vasquez decided to pursue a Graduate Certificate in Artificial Intelligence Business Innovation from Robinson.

“It’s been really helpful to learn how to articulate the data behind my decisions and recommendations,” she said. “Through the Predictive Analytics course during my first semester, I explored different ways to analyze data, and to account for things like misspellings and incomplete information.”

Vasquez and a team of classmates selected a data set to manipulate with a new method learned each week. They chose an Excel spreadsheet containing approximately 15,000 entries related to online news, and aimed to determine what variables make readers more likely to share an article. The group initially assumed factors like brevity, images, videos, and hyperlinks contributed to a piece’s potential to go viral.

“The word count ended up being irrelevant, and pictures and videos didn’t play as significant of a role as we thought they would,” Vasquez said. “We had to recalibrate and think.”

After running a linear regression, the students were surprised to discover that readers repost articles more frequently through technical channels like Google, Yahoo, or Mashable as opposed to social media, and that sharing occurs most on Wednesdays and Saturdays.

Through her Innovation Studio course, Vasquez built an app that fosters community among people who practice self-care, with emphasis placed on yoga. Self-care apps like Gaia, Talkspace, and Classpass already exist, but Vasquez’s solution combines disparate offerings into one platform. Through the app, users can access breathing exercises and affirmations before, say, a big meeting or stressful event; complete a meditation; stream a yoga video; or look up a nearby in-person yoga class. Through focus groups, she uncovered what component is regularly missing from people’s yoga practice: support.

“To cope with anxiety or stress, a lot of people turn to yoga,” she said. “But, whether they do it in a group or in their living room, they feel like they’re out on an island. It was interesting to uncover this need.”

Vasquez found the process of building the prototype for the app overwhelming at first.

“I didn’t know where to begin,” she said. “It was like walking into a hoarder’s home and being asked to clean it.”

Unlike the interviewees from her focus groups, Vasquez felt completely supported, and bolstered by her peers’ diverse perspectives. For example, one classmate who already had launched an app and pitched to venture capitalists provided invaluable feedback.

“I love that about the Innovation Studio,” Vasquez said. “You get exposed to all these different individuals and leverage their experience as a support group and knowledge base.”