Class of 2020: Georgia State Graduate Plans to Uplift Next Generation As An Educator
Use Scan QR Code to copy link and share it 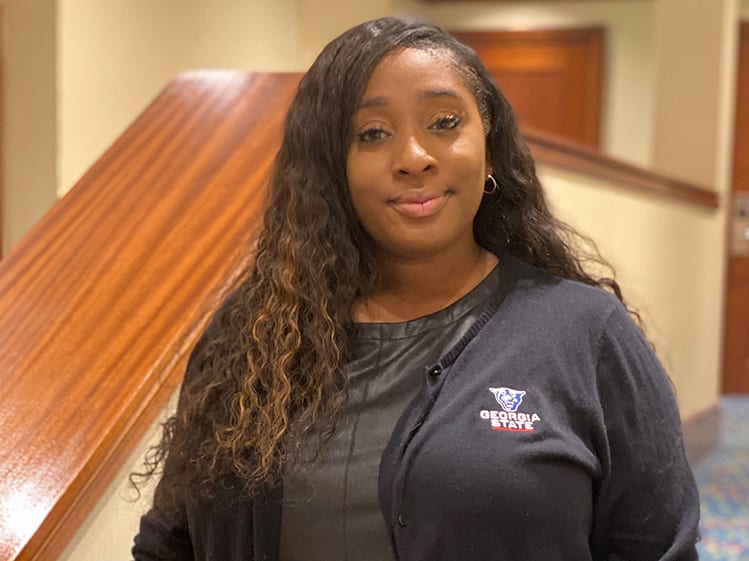 For Nathalie Fox, higher education runs in the family. Fox’s mother teaches grades K-8 in a public school and her grandfather was a University of Georgia professor of psychology and developmental studies.

For Fox, higher education is a calling and a way to share her love of education, history and the importance of having tough conversations about race with a younger generation.

Fox, who recently earned a master’s degree in African American Studies, works as a language arts instructor for Upward Bound, a college preparatory program for students from low-income families. She incorporates topics such as race, racial discrimination and inequity in her lesson plans.

“It’s important that we train the next generation of scholar activists,” Fox said. “That training can never start too early. When I think about the civil rights movement, there were so many young people involved. I want my students to talk about these issues openly.”

Fox, who aspires to work in academia, is set to begin a Ph.D. program in history at Georgia State where she plans to continue learning and teaching about diverse communities.

During her master’s program, Fox researched the FunkJazz Kafe for her thesis project.

“I’ve always been interested in the arts,” Fox said. “The arts often mirror social and political movements. The FunkJazz Kafe wasn’t just about the arts but how Atlanta’s politics created the artistic spaces that allowed for the Atlanta arts scene to influence the world.”

Fox said the festival grew alongside the progressive racial equality movements in Atlanta in the ‘70s with the election of Maynard Jackson, the first black mayor of Atlanta.

“It’s way more than an Atlanta festival. Through this festival, you really get to see Atlanta flexing its artistic muscles,” Fox said. “Jason Orr, the curator of the festival, said ‘Art can tell you the state of the people,’ and that really resonated with me. To me, this shows a group of people coming together through the arts and representing this proud movement.”

As she begins her doctoral studies, Fox plans to concentrate on cultural and intellectual history in the 19th and 20th centuries. And she plans to keep her focus on issues of race and gender.

“Any classroom I’m in or any classroom I will be in charge of in the future, I want to make sure it’s an equitable space where all voices can be heard,” Fox said.