Big Tech & the Pandemic: How it’s impacting data privacy
Use Scan QR Code to copy link and share it

Society is dealing with an array of challenges created by the COVID-19 pandemic. One obstacle most people are managing is the increased reliance on technology to fill in the gaps. This is not only for social connection, but also for work and school. But how does being logged on most of the day impact a person’s privacy?

“Every website is tracking you whether you agree to it or not,” said professor of law Michael Landau. “This morning I went to the Atlanta Journal-Constitution website and in just five minutes, I had at least 32 different websites that we’re trying to track me.”

The Atlanta Journal-Constitution is not even available in Europe because of the European Union’s General Data Protection Regulation (“GDPR”), which imposes numerous regulations on websites that are available in the EU. There is no comparable federal legislation in the United States.

Landau, who is the co-director of the Center for Intellectual Property at Georgia State Law, previously would have suggested people limiting their online presence if they don’t want to be tracked. Because the pandemic now requires most people to login to different websites for work or school, that’s not possible. 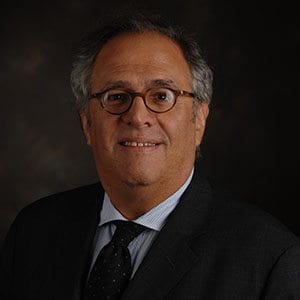 While this has become normalized in the U.S. as tech giants like Facebook and Google continue to grow, Landau discovered just how big the scope of their power is in his recently published article, “The Astounding Growth of ‘Big Tech’ and the Lack of Enforcement of the Intellectual Property, Antitrust, and Contract Laws.”

“I always complained about ‘Big Tech’ but when I looked into it in a lot of detail, then it struck me that across the board they were getting away with murder and the courts and legislators were going along with it,” Landau said.  Last year, when he wrote the article, Landau said, “Why haven’t they been prosecuted for antitrust violations?”

That recently changed. Both Facebook and Google are now facing antitrust lawsuits from the Federal Trade Commission, Department of Justice, and several states. Google’s suit alleges the company abused its monopoly in internet searches by locking out competitors from the market, while Facebook is accused of squashing competition by buying up rival social media networks Instagram and WhatsApp.

“But if you look at other really big communications antitrust cases, they have just fizzled out, after years of litigation,” Landau said. “Google and Facebook have so much money that the cases can go on for years.”

Companies have a history of paying the fines for violations as their “cost of doing business,” Landau said. In July 2019, Facebook was fined $5 billion by the FTC related to “deceiving users about their ability to control the privacy of their personal data.” According to MacroTrends, on the day Facebook agreed to pay the fine, $5 billion was only about 0.0087th of its market capitalizations.

Because waiting on these lawsuits could take years, and society will continue to rely on technology with each day that passes, Landau believes the solution instead lies with each company. While money is the driving force behind information gathering and tracking, giving people some real choice in whether to opt-in or opt-out would be helpful and more transparent.