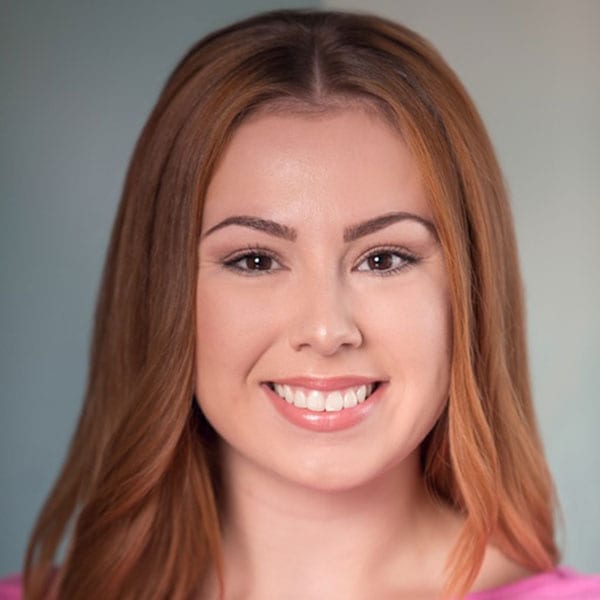 A couple years into her career as a social worker, Kennedy Crandell decided to make a dramatic career shift into data science.

“It’s no secret social work isn’t rewarding on the financial end,” she said. “I wanted to boost my income.”

Crandell left her job in July and enrolled in Robinson’s Graduate Certificate in Artificial Intelligence Business Innovation the following month. She noticed all four certificate classes can be applied toward Robinson’s M.S. in Data Science & Analytics program, and figured completing the coursework would make her grad school application more attractive.

Despite having no previous programming experience, Crandell has picked up a lot of skills in her Introduction to Programming and Predictive Analytics for Business class: Python, predictive models, linear regression, and the k-nearest neighbors algorithm.

“The instructor has done a great job of making sure no one gets left behind,” she said. “The certificate is the perfect stepping stone for anyone thinking about data or A.I. And if it ends up not being for you, you didn’t take up a bunch of time in a master’s program.”

As part of the programming course, Crandell is completing a semester-long group project based on a New York City Airbnb data set. By studying 44 variables including whether the listing is kid-friendly, allows pets, offers Wi-Fi, and includes breakfast, Crandell and her classmates can help Airbnb hosts optimize their listing price.

During her Innovation Studio class, Crandell is building a prototype for an app to connect artists and entertainers in Atlanta with employment opportunities. Through a GPS-based job search, users can see what productions are casting positions. Crandell has acted the majority of her life, and keenly understands that without an agent, actors lose out on larger roles, often ending up with sporadic jobs as extras. Because the course instructor, Elizabeth Strickler, encouraged everyone to pursue projects aligning with their passions, Crandell was able to tackle a pretty daunting assignment with gusto.

“At first I had no idea how I was going to go about developing a prototype,” she said. “But after I made the first one, I thought, ‘Wow, this is attainable.’ I can create a real product to address this issue.”