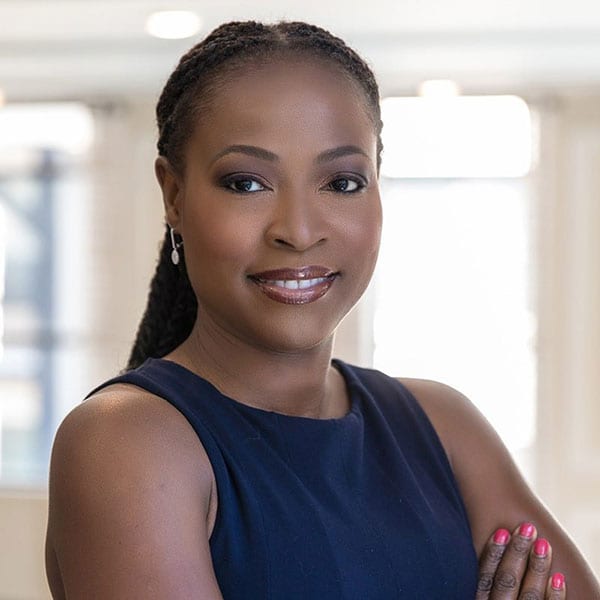 While moving up the ladder at companies like InterContinental Hotels Group and Salesforce, Love Hudson-Maggio noticed an alarming trend: senior professionals with 25 years or so of experience became, frankly, too expensive for their employers to afford, ultimately getting replaced with younger, cheaper talent.

Case in point: after completing her Executive MBA at the Robinson College of Business in 2007, Hudson-Maggio landed a position as director of new media, business development, and strategy for Cox Media Group. As she earned more roles and responsibilities, older colleagues got laid off. Her husband Robert Maggio noticed the same behavior while at The Coca-Cola Company.

“I kept asking myself why there wasn’t room for all of us,” Hudson-Maggio said. “I thought, ‘There’s got to be a place for very senior talent to get excited about their jobs, use their skills, and get paid.’”

From there, Hudson-Maggio’s company Mar Dat was born. The firm’s leaders don’t just offer digital marketing and data optimization consulting expertise. They also stick around until their clients can handle the work on their own.

“When we take on these contracts, we can keep moving and serve clients that much faster,” Hudson-Maggio said.

Per the Black Founders Fund site, “amazing Black startup founders are building great companies yet are locked out of access to the funding that is critical to their success.” The program awards recipients between $50,000 and $100,000 of capital. To be considered, entrants must either have participated in a Google for Startups program or be nominated by a member of Google’s partner community. Mar Dat was nominated by Bunker Labs, a nonprofit organization that helps veterans get their startups off the ground. (Robert Maggio, Mar Dat’s co-founder and director of operations, served in the U.S. Air Force.) Through Bunker Labs, Mar Dat completed a six-month residency that included free office space.

“We were one of the shining stars of that program,” Hudson-Maggio said. “Our nominator went to Google and said, ‘Look, this company spent six months with us and started making money right out of the gate.’”

The money the Black Founders Fund provides isn’t tied to an equity stake—and that makes the program special.

“Usually funding is given in exchange for a part of the company,” Hudson-Maggio said. “But Google simply wants to see minority founders do well.”