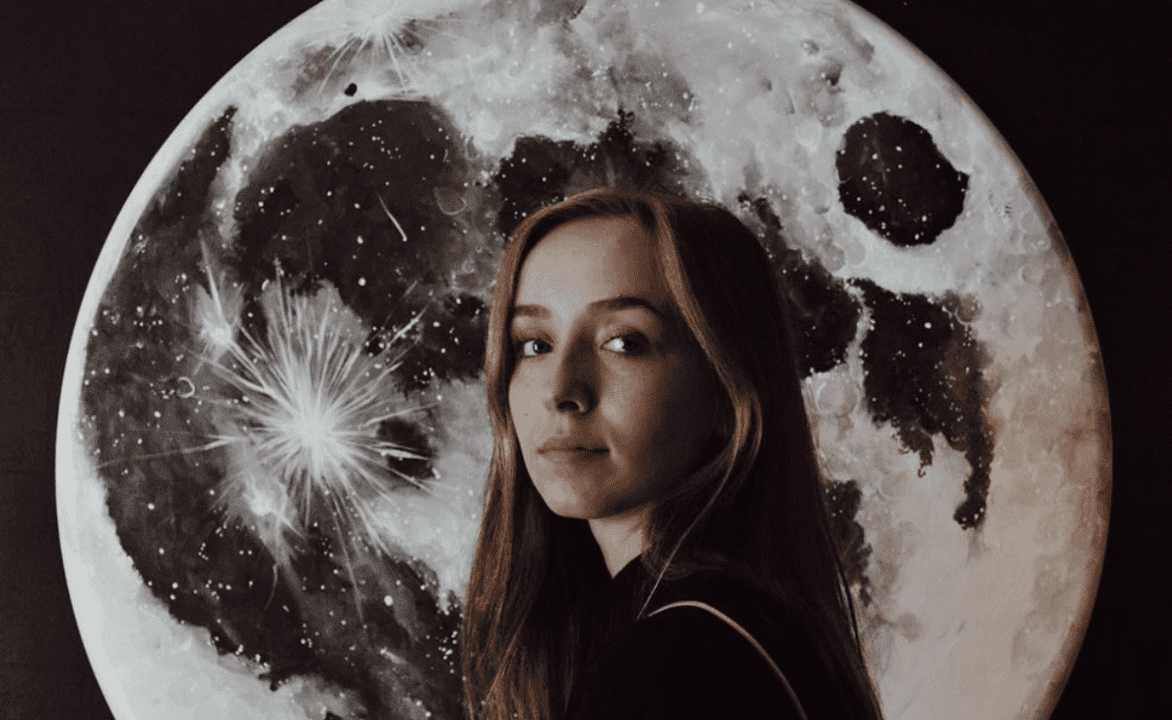 Georgia State University student Ashley Wheeler was in her junior year, pursuing a degree in fine arts when she decided to make a life-changing decision.

An introduction to astronomy class inspired Wheeler to change her major to astronomy—a major with a heavy focus in physics and math, areas she finds difficult—and minor in studio art.

“I’ve always had an artistic inclination that everyone around me encouraged,” Wheeler said. “Science and math were never my strong suits and art and drawing just came naturally for me, so I thought that’s what I wanted to do.”

Wheeler anticipated the workload for her new major would be challenging, but she didn’t expect to be able to use her natural talents as an artist to pay her way through college. 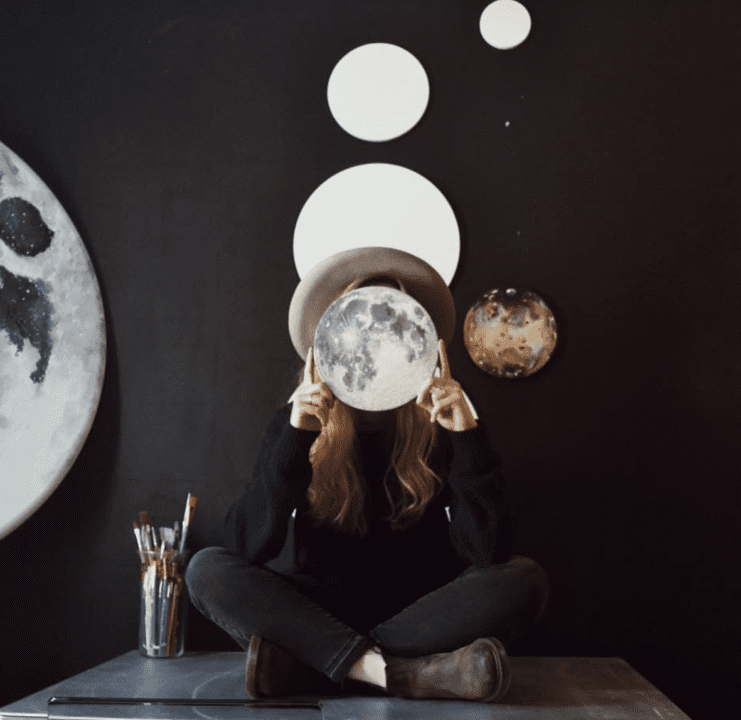 Wheeler decided to set out on a journey to paint all the spherical moons in the solar system. She painted each on a round canvas and wrote a brief research paper to correlate with each moon. She began to post her artwork and scientific reports on Instagram.

The more Wheeler posted, the more her fan base grew. People began requesting to buy her original art pieces.

“Everything I did was received really well,” Wheeler said. “I love sharing science with others. Everything just blew up.”

Before starting her business, Dust and Ash Co. in 2019, Wheeler had worked in coffee shops throughout her college tenure. Now she is fully self-employed through her company, selling her art and planning to expand her brand, selling t-shirts and other merchandise.

“This business has allowed me to support myself and my family financially as well as do what I love and participate in school,” Wheeler said. “The business side and the demand is pretty high and you have to be self-disciplined, but I wouldn’t trade it for the world. To see how fruitful it’s become is amazing.”

Wheeler launched her business Dust and Ash Co. in 2019.

Through her business, Wheeler has been invited to events hosted by NASA and has participated in a promotional video for the space agency. She has also partnered with retailer Hamlin in Chattahoochee Hills, south of Atlanta, to offer a selection of her works for sale. She continues to take the high-level math and science classes required for her bachelor’s degree in physics with a concentration in astronomy.

“At the end of the day, this has allowed me to create a unique narrative of my journey and it’s something I’m proud to share,” Wheeler said. “I love what I’m doing.”

Wheeler said she dreams of one day working for NASA.

“I would love to be the chief scientist of a planetary mission for NASA,” Wheeler said. “I just grew up with such a love for the moon. There are so many cool things about our moon and the different moons of the solar system.”