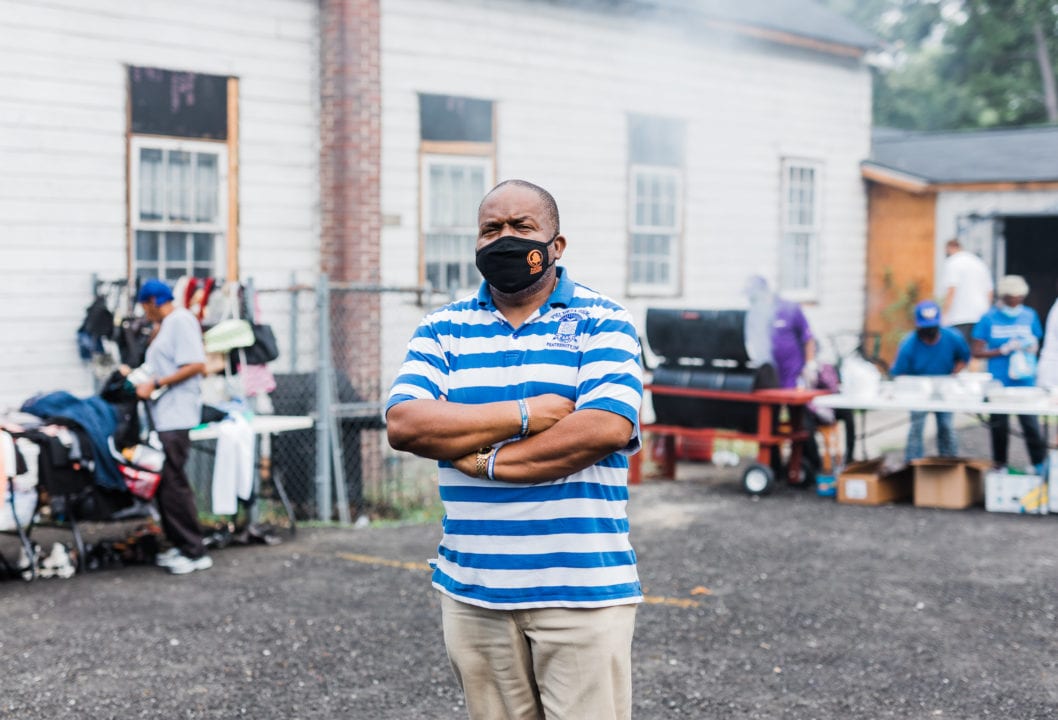 When a group of Georgia State anthropology students started a fellowship program with the O’Briant Group last spring, they expected to spend the semester collecting data through interviews for small community-based companies involved in social justice initiatives.

The COVID-19 shutdown put an end to those plans. But student Cliff Trammell, who was serving as supervisor of the group, wanted to find a way for them to stay involved and help the community address the pandemic.

“There’s a primary belief in anthropology that is to do no harm, but while we’re here, we should also do some good in the world,” Trammell said.

Trammell connected with Dan Guttmann, co-founder and Vice-President of the O’Briant Group, and suggested the fellowship program continue with a new focus. Guttmann agreed and introduced the students to his longtime friend, the Rev. Cliff Dawkins, who serves as Fulton County’s chaplain.

Trammell and fellow students Lela Lantz, Tanner Martin, and Nick Romano worked with Dawkins to help low-income communities in Atlanta by supplying masks, collecting financial donations and food, and developing and distributing health and safety fliers approved by the Centers for Disease Control and Prevention. 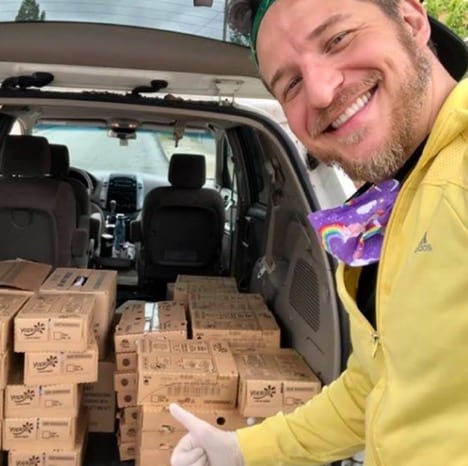 “Cliff Trammell, the O’Briant Group and students at Georgia State were able to get so many resources for the people in this community, many of whom couldn’t even afford a mask,” Dawkins said. “We’ve given out probably 500 to 600 masks, which I know definitely saved some lives.”

As chaplain, Dawkins is tasked with making “death calls” to families in Fulton County to inform them of their loved one’s passing and offers to lead graveside services to those who cannot afford a traditional funeral service. In a typical month, Dawkins said he will help perform indigent burials for up to 25 families. Since the outbreak of COVID-19 in March, Dawkins said that number has nearly doubled.

“I’m kind of exhausted,” Dawkins said. “We’re trying to do a lot with nothing. But I stay motivated because I grew up in poverty. I know what it’s like.”

Through his church in Atlanta’s westside, Dawkins also prepares meals every weekend for the homeless, partnering with community organizations and other churches, and often paying from his own funds to purchase the food.

Dawkins said the safety flyers provided by the students will continue to have a big impact on the community he serves because so few have access to the internet or television to inform them of the effects of the coronavirus. Dawkins said he reads the flyers out loud on Saturdays for church visitors who can’t read.

Lantz said she was glad to play a role in helping people understand the dangers of Covid-19 so they can better protect themseves.

“I came up with some fliers on what the disease was and how to care for someone who may have contracted the disease,” Lantz said. “That information is really important. The fact that these people don’t have internet access, it brought it all home for me. It was an eye-opening experience.”

Romano, who will be getting his masters in applied anthropology, said working with Dawkins was a meaningful experience.

“I would love to do something like this again next semester,” Romano said. “It was interesting to see how we were able to operate during a pandemic.”

Trammell said he plans to continue to partner with Dawkins and spread the word of his good works in the community in hopes that more people donate their time and resources.

“The experience for me was empowering,” Trammell said. “I had a positive channel to use anxious energy to do something and affect change.”

“I’ve been friends and volunteered with Rev. Dawkins for over 9-years,” said Guttmann of the the O’Briant Group. “His work, caring for vulnerable populations in Atlanta, came immediately to mind when Cliff came to me with the suggestion of focusing on COVID-19 and community support. In my opinion, the assistance that Cliff and the fellows were able to provide is the most meaningful contribution that we’ve been able to make this year.”