He had just finished reading a bedtime story to his son and thought about how too few children’s books depicted the impact Black fathers can have on their kids. 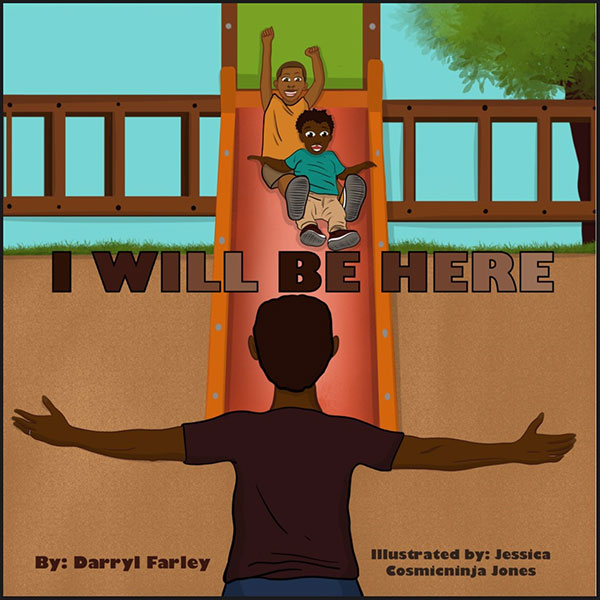 “With that in mind, I decided to write a children’s book from a Black father’s perspective who vowed to teach, motivate, listen and spread love to their children,” he said.

Farley’s own father wasn’t present in his life growing up and he often reflects on what his life would have been like if his father had been there for him. So when he and his wife began having children, Farley made every effort to be a supportive dad.

“I have never forgotten the feeling of growing up without a father figure for the majority of my childhood, and the things I needed and wanted from my father,” he said. “I used the lack of a father in my formative years to help me formulate the messages I wanted to express in the book – that I’d always be there for my sons and to make sure my kids will never feel the way I did.”

He listened to “Earn Your Leisure,” a business success and pop culture podcast, to learn more about the self-publishing process and officially published his children’s book, entitled, “I Will Be Here,” in June 2020.

Farley chose the book’s title intentionally. Like the story’s content, the title emphasizes the promise he made to his own children to be present in their lives through adulthood.

Not only does the story serve as a keepsake for Farley’s children, but it also could be used as a classroom text that facilitates conversations about the importance of family and shows families of color in a positive light.

“Our children and love ones need us present more than ever, especially in these tough times. People of color continue to fight institutional and systematic racism as an attempt to lead better lives,” he said. “By the end of the book, everyone will be able to witness why Black Lives Matter and the importance of Black fathers to their families.”

“I Will Be Here” can be found on Amazon.

Above: Darryl Farley (M.A.T. ’19, Cert. ’19) with his two young sons, whom he kept in mind when writing a children’s book depicting Black fatherhood entitled “I Will Be Here.”