ATLANTA—A team of researchers and graduate students at Georgia State University have been helping Georgia ramp up testing for COVID-19 by producing test kits and analyzing samples round the clock in an on-campus lab.

Julia Hilliard, a biology professor and director of the Viral Immunology Center at Georgia State, said her lab has been processing nearly 300-500 tests per day since mid-April and will scale up slowly to a capacity of testing 1,000-1200 samples per day, which would make it one of the largest coronavirus testing operations in the state.

Hilliard’s lab is certified by the Clinical Laboratory Improvements Amendments of the Food and Drug Administration, a designation that allows the lab to process medical samples.

The university is processing samples from people being tested in medical facilities and mobile, mass testing sites in DeKalb, Fulton, Clayton and Cobb counties, which are delivered to the lab by the Georgia National Guard twice a day. During the drop-offs, guardsmen also pick up fresh tubes of viral transport media, which provide all of the state with the ideal means to preserve swabs collected from people who are being tested for the novel coronavirus.

The painstaking process of safely unpacking the samples to prepare them for lab analysis can take two to four hours for each batch of specimens, said Hilliard, who is a Georgia Research Alliance Eminent Scholar in molecular biology.

“It’s intense work and sometimes it’s tiring,” she said, “but I think everyone is dedicated to helping out during the pandemic.” 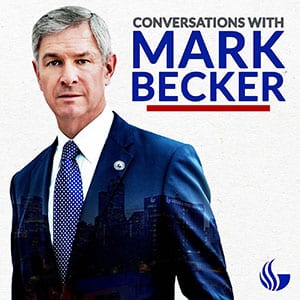 Hillard said it takes about four hours to process a test kit to determine if a person has detectable levels of virus in his or her respiratory system. Testing hundreds of kits per day takes about eight to 10 hours for each shift, she said. Results are reported to Augusta University Hospital, which contacts each individual with his or her results.

Hilliard said Georgia State is the state’s sole provider of viral transport media (VTM), a substance used to collect and store samples to make sure they are not contaminated before they can be deployed in the field at collection sites across Georgia.

The test kits themselves are also an essential element of the state’s program to increase testing of people who may have been infected by the novel coronavirus. John Houghton, an associate professor of biology, has led a team that is producing th viral transport media needed to assemble test kits that are being used across Georgia. His team has produced more than 50,000 kits so far, churning out a minimum of 2,000 tubes of transport medium — containing a blend of antifungals and antibiotics designed to preserve the test samples — each day.

“All the state’s screening sites are using Georgia State’s viral transport media, which is pretty amazing, especially when you see it come back to the lab containing patient swabs,” Hilliard said.

Houghton’s team has been producing about 30,000 VTM tubes per month and plans to continue at that pace as long as they are needed. Other researchers at Georgia State are working with 3-D printing technology to test prototypes of swabs that could boost the number of test kits.

In Georgia and across the U.S., medical professionals and local leaders have reported a shortage of test kits, in large part because there are too few specialized swabs available.

The swabs used in testing are different from standard Q-tips. They use special material to collect a sample without contaminating it, and they are longer and more flexible to allow the swab to go far enough into the nasal cavity to get a useful sample.

“Swabs are a very important link in the chain and every link is critical,” Houghton said. “If the swabs aren’t available then the whole testing program will fall apart.”

Houghton, who is bringing his expertise in coordinating the use of specialized scientific instruments to the effort, said there are about 20 Georgia State researchers and students involved, working in a rotation of two to three shifts a day.

“For everyone involved, it has been intense,” Houghton said. “There are people who are here from 7 a.m. to sometimes after midnight. Lots of things have to happen in a coordinated fashion.”

Houghton’s team keeps instruments borrowed from labs across the university working and they program the robots that extract patient samples.

Houghton said he feels a sense of accomplishment in the work being done.

“There’s a general sense of helping curtail COVID19 that’s prevalent,” Houghton said. “Of course, there’s a little bit of stress, but what we hope to produce will be worthwhile.”

Poling, one of the graduate students who volunteered for the project, said he’s proud to be part of an effort to help get the COVID-19 pandemic under control.

“There’s a lot about making this much of a product that we had to learn on the fly. It’s been tough getting everybody tests and we’re just trying to get out as much as we can,” Poling said. “I feel like I’m doing something important. We’ve learned a lot through this experience that we wouldn’t have learned just doing research in the classroom.”