The student support systems in place at Georgia State before the pandemic have proven invaluable during it.
By Michael Davis (B.A. '03) 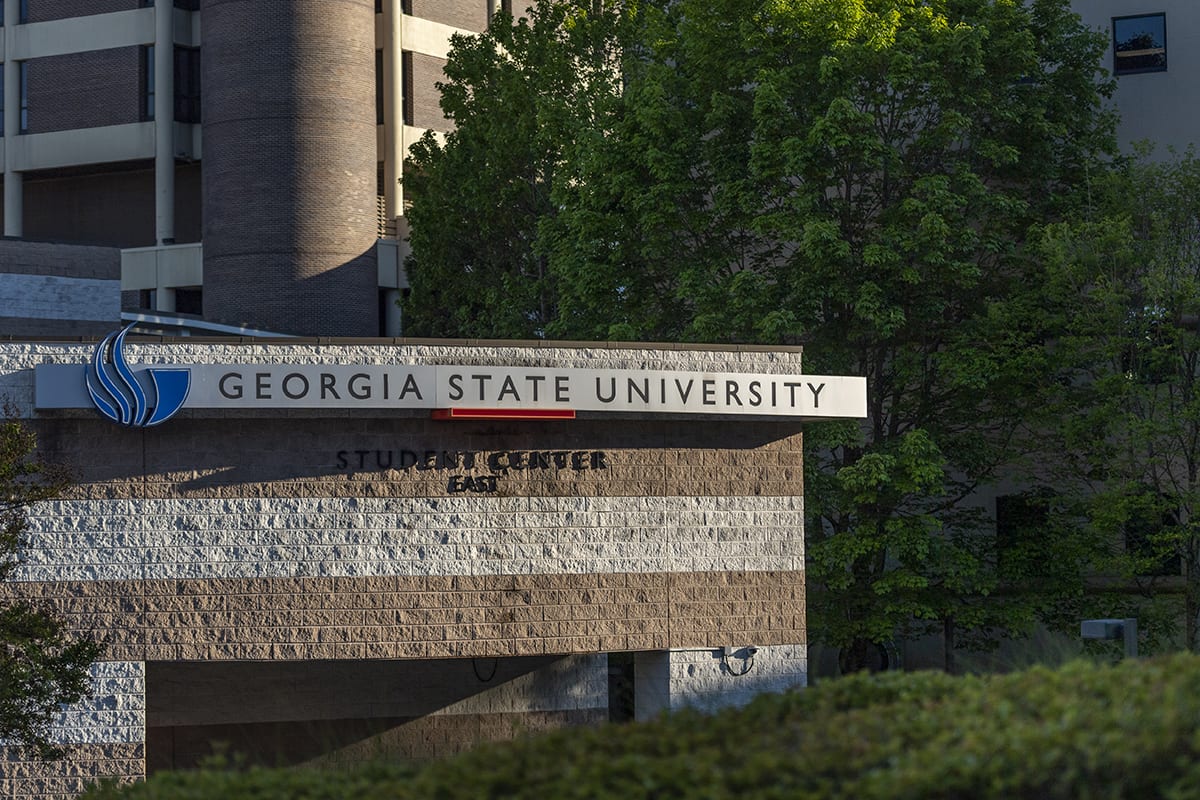 ATLANTA — As students finishing the semester face new challenges brought on by the COVID-19 pandemic, Georgia State is uniquely positioned to ensure they have the tools for success.

Of Georgia State’s student body of 53,000, nearly 60 percent are from families that would fall under federal poverty guidelines. Eighty-five percent of the university’s undergraduates hold full- or part-time jobs, according to Senior Vice President for Student Success Timothy M. Renick, and many of those jobs — in sectors like food service and retail — were the first to evaporate as the economy began to sputter in March.

For students worried about how their next meal might be paid for, or those caring for a sick relative, school — even when taught at a distance — could wind up on the back burner.

But for a decade, Georgia State has been building an infrastructure aimed at meeting these challenges and ensuring all students stay on the path toward completing their degrees. It’s a system that has already made Georgia State a national model for student success, made it the number one public institution in the nation in the number of bachelor’s degrees conferred to African American students and erased what were once seen as intractable achievement gaps based on race, ethnicity and income levels.

“What we’ve been doing for a decade now is developing means of delivering personalized services to students at scale,” Renick says. “Just about all of our students are non-traditional in some sense of the word, and so we’ve already built the systems to serve a student body that may have difficulty finding time for face-to-face meetings with staff. This approach has been highly useful in being able to maintain our student support services amid the coronavirus crisis.” 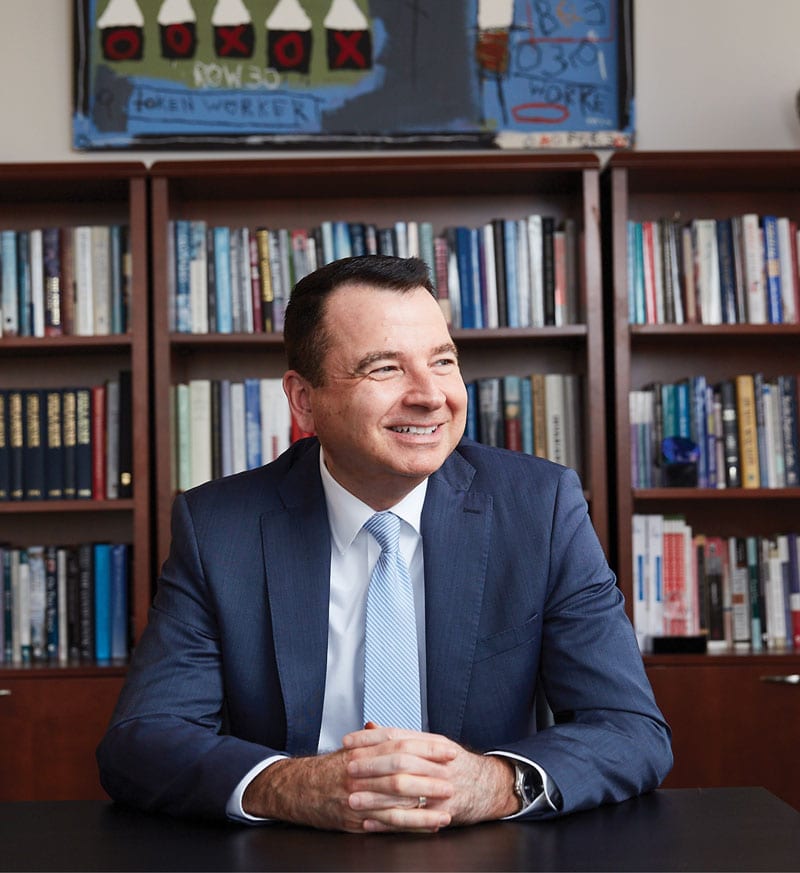 Since 2012, the university has been electronically tracking more than 800 indicators that signal a student is at risk of falling behind. Deployed across the entire undergraduate population, including students at Perimeter College, the GPS Advising system tracks every student every day and generates an alert when the data suggest a student could be experiencing trouble. Call it an early-warning system. Sometimes it’s triggered when students register for a class unrelated to their degree requirements. Sometimes it goes off when a student begins to falter in an early major-related course.

That’s when one of Georgia State’s 140 advisers reach out to students to help. Renick says,60,000 advisement meetings were initiated last year by advisers because they noticed something was amiss.

Prior to the coronavirus pandemic, those meetings were sometimes in person, but not always.
Having systems for virtual advising sessions already in place means students can get the help they need even when they’re away from their campuses.

“The first two weeks we were online for all of our classes, we had over 8,000 meetings between advisers and students. All of them, of course, were video meetings but that was almost the same pace as when things were normal in the early part of the semester,” Renick says. “We were able to keep our advising of students going without missing a beat because we were already set up for video conferencing and for tracking students electronically.”

When spring classes moved to learning at a distance, several new risk indicators were added to the GPS Advising system, including monitoring when students aren’t logging in to their online classes.

“Over the last two weeks we’ve had 3,000 interventions from advisers with students because students had not been logging on in a consistent way to their classes,” Renick says. “A lot of schools wouldn’t have been equipped to turn on a dime and immediately begin tracking and intervening with thousands of students who were not logging on to their classes because other institutions hadn’t already built this infrastructure. But Georgia State has been much better positioned to deliver these services to students and to continue advising uninterrupted in a virtual setting.”

Hundreds of weekly psychological counseling sessions — one-on-one and group meetings — continue through virtual channels as well, Renick says. And so do other student-success initiatives.

A job fair hosted by Career Services with several big-name employers such as State Farm and Amazon was scheduled for the week after spring break. With in-person activities on hold, Career Services asked employers if they could participate through video conference. They did, and 170 students joined to learn about opportunities at participating companies. Dozens of students even had one-on-one interviews with employers in private meetings.

“A lot of these systems that we developed because our student body is non-traditional and working have been very useful in these circumstances and put us far ahead of where other campuses are,” Renick says.

Virtual campus tours offered by Admissions have been making sure prospective students continue to get a sense of Georgia State before deciding where to enroll, with 1,700 students and parents recently attending sessions.
“We had already set up virtual experiences for our prospective students since these are the options needed by the kinds of students and families we serve,” Renick says.

Georgia State has also responded to the financial needs of students created by COVID-19.

A special fund has been set up to help Georgia State students who have been financially affected by the pandemic. Emergency Assistance Grants are awarded to students for non-academic expenses, like food, housing and other needs, with funds often made available within 24 hours. The grants are funded through donations from corporations, foundations and individuals. More than 800 grants were awarded to students over the past two weeks, according to Renick.

Panther Retention Grants have been in existence now for about eight years and help to cover the costs of tuition and fees to keep students enrolled. Each summer, the program provides about $1 million in assistance, and Renick expects that total will be significantly higher this summer.

For students who are having trouble acquiring the technology to connect to their online classes, Georgia State has set up a program to loan hundreds of tablets and Wifi hotspots to students who lack these basic tools.

“We’re a national model for the way we deliver wraparound services to students at scale. We’ve created these supports because it’s the right thing to do and what our students need to graduate,” Renick says. “But under COVID-19, these kinds of wraparound services have become more important than ever before. Although I can’t promise that our enrollments won’t go down or our graduation rates won’t drop because of all the challenges our students face, I can say that our students will do much better than they would have otherwise because we’ve made these investments over the past decade.”