The Honors College at Georgia State University connected 15 students with professional internships in London last summer—the largest group ever to participate in the London Experience program.

The London Experience allows Georgia State honors students from all majors to acquire international perspectives and gain valuable career insight by matching them with paid internships in London and other parts of the United Kingdom. Internships span a wide range of industries, including public policy, fashion, finance, the arts, media, sciences and more.

The Honors College established the London Experience program in 2013 with just three students.

“The Honors College is committed to growing our London Experience program so that as many of our students as possible can develop career-related skills, make professional connections and see the world from an international point of view,” said Honors College Dean Larry Berman, who recently returned from a trip to London with Internship Program Coordinator Fritz Kroncke in which they recruited additional companies to provide internships.

Below, a few of our students share their London Experience:

Within a few weeks of his first plane ride overseas, Alexander was shaking hands with Theresa May and Boris Johnson, the former and current British Prime Ministers, on the day of the Conservative Party election in the United Kingdom.

Alexander worked as a policy intern at Her Majesty’s Government of Gibraltar researching Parliamentary measures and policy issues for Chief Foreign Representative Dominique Searle. He attended ambassadorial and parliamentary meetings with Searle and was able to network with some of the top political leaders in London.

“Mr. Searle… checked beforehand that every meeting he attended I was also welcome,” Alexander said.

This landed him at 10 Downing Street in a meeting with the Secretary of the Environment, at mixers with foreign ambassadors to London and at a member of Parliament’s office the day of the election. He was even able to travel to Gibraltar, a British territory on southern edge of Spain, to better understand the place for which he advocated during his internship.

“For any Honors student considering submitting an application for the London Experience, please just do it,” Alexander said. “The international exposure itself was educational and beneficial… [If] you’re worried about living overseas, the learning process is half the fun.”

Aaron interned at Wiggin LLP, a media and technology law firm that specializes in intellectual property. Over the summer, he created a comprehensive database of contracts for the film and TV division at the firm, which provides a resource for lawyers to model future contracts.

“[Working] in one of the most prestigious law firms in London taught me a lot about office etiquette as well as what it’s like working in law,” Aaron said. “Seeing as I’m not even in law school yet, this was a fantastic learning experience.”

Aaron rode the subway, known as the tube, into work each day and was able to travel to Wiggin’s office in Cheltenham for a conference on future technologies shaping the UK.

“This really was the experience of a lifetime, and if you have the opportunity to take it, you should,” he said.

Steven worked towards his career goal of becoming a certified public accountant at one of the most renowned accounting firms in the world. As a forensics intern at PwC, he worked on a range of projects from analyzing client engagement to researching the illegal wildlife trade market.

“Much of my summer was getting to work on a wide variety of projects to gain a wide scope of experience,” Steven said.

That experience included a luncheon at the House of Lords with the Libyan British Business Council and the opportunity to network with professionals in his field.

“I not only was able to get hands-on experience working at a dream company, but I was also able to build valuable relationships and connections with so many different people,” he said.

Blake spent his summer with Addison Global, a gaming brand based in Gibraltar, a British territory on the southern coast of Spain. As a motion graphic intern, Blake created a range of original animations for the company’s sports app, MoPlay.

Gibraltar’s unique culture offered Blake new experiences both in and outside of the workplace.

“I got to live and talk to co-workers from all over the world and experience Gibraltar’s hybrid English-Spanish culture,” he said. “I went to a music festival in a cave, saw the monkeys at the top of the Rock, surfed the beaches of Spain and watched athletes competing in the International Island Games.”

A leader in global marketing, Digitas has partnered with major brands to create advertisements that have likely screened on your television. Quinn worked as a creative accounts intern with Digitas, where he collaborated with the creative director and design team to develop digital content.  He also worked with client services and strategy to create deadlines and timetables.

“From a professional standpoint, I was able to learn about the structure of a large advertising company, the logistics behind an advertising campaign and the difficulties associated with managing large brands,” he said.

Outside of his professional development, Quinn also gained experience living independently in “the world’s greatest city.”

“This helped me decide what kind of environment I want to live in as an adult,” he said. “I would recommend the London Experience to anyone who is hoping to get outside their comfort zone.”

Jeff was able to join Qubit at the Henley Royal Regatta, a famous rowing competition held on the River Thames and “arguably one of the most British things a person could see,” he said.

These cultural experiences enhanced his professional growth at the e-commerce company.

“I was able to grow in my understanding of another culture and… challenge myself in a way that other internships thus far have not,” he said.

Each morning, Kalil caught a double-decker bus to his internship at Z/Yen, a commercial think tank with clients ranging from the British Council to the London Stock Exchange. Through his internship, he provided research and analysis for Z/Yen and shadowed different leaders at the company.

“After conducting academic research throughout my undergraduate career, I was curious to see how businesses conduct and utilize research, and I was especially drawn towards Z/Yen’s societal goods topics,” Kalil said.

“The London Experience is a rare vehicle for undergraduate students like myself to intern abroad with senior-level staff in an environment that broadens your awareness [and] gives you a taste for industry and expat life,” he said.

Savannah worked in the office of Baroness Sal Brinton, a member of the House of Lords and President of the Liberal Democrat party in the UK.

Working closely with the baroness and her chief of staff, Savannah conducted research, organized party events and fundraisers and even wrote speeches for Baroness Brinton to deliver to the Lords Chamber in the iconic Palace of Westminster.

At a disruptive time in politics for the UK, Savannah worked closely with major political leaders in a role that took her across the commonwealth. She traveled to Cardiff, the capital of Wales, to spend time with Welsh Education Minister Kirsty Williams. She frequented the Prime Minister’s Question Time in London, a weekly session where the minister discusses the state of the country, and attended similar events in Scotland and Wales. Additionally, leadership elections for the Liberal Democrats party took place during Savannah’s internship.

“I was able to attend special staff meetings where the candidates for leader of the party spoke directly to us about their vision for the future,” she said. “To put it in perspective, the leader of the majority party in Parliament becomes Prime Minister, so one of these people could potentially be the future Prime Minister of the United Kingdom.”

Madelyn gained practical experience in her major during a summer internship at PwC, one of the Big Four accounting firms based in London.

As a forensics intern, Madelyn worked on a range of projects. She provided research on illicit trade, worked with PwC databases, and explored potential projects for senior level management to pursue.

“Having this experience has helped me to further understand the concepts that I am learning in my business [and] finance classes,” she said.

Through her internship, Madelyn visited the House of Lords for a meeting with the Libyan British Business Council. She also joined other PwC employees for a trip to the Belfast office, which included some time in Dublin after their plane was rerouted last minute.

“I feel more confident in my abilities to choose a career that I want to pursue and will find fulfilling,” she said. “Even though my time was spent at an accounting firm, I met people with a variety of backgrounds that were all happy to share their experience and advice.”

Alex has plans to pursue a law degree next year and recently added a summer internship with Epiq Global to his law school applications.

At the legal service firm, Alex collaborated with the head of marketing to catalog Epiq’s finances, provide analysis on companies listed on the London Stock Exchange, and help Epiq connect with those companies. In addition, he researched competition law cases in the UK to create a detailed report, broken down by industry, that Epiq will use to determine future investments.

While he gained significant professional experience in his field, Alex also grew personally during his time abroad.

“At the start of the internship, I didn’t know anyone except for those I worked with, and I realized how much I relied on my family and friends back home,” he said. “It taught me how to live independently and tackle different problems, which I will never face at home.”

Lindsey worked on projects for major companies like Visa as a strategy intern at Digitas. At the global marketing firm, she helped with data analytics, event planning and research for pitches on potential investments.

“The London Experience has helped me realize my passion for marketing and advertising as well as taught me what kind of work environment I work well in,” she said. “My job was amazing, and I would love to go back.”

Her professional growth was matched by the self-discovery that comes with living and working abroad.

“Personally, I gained a newfound confidence in myself realizing I have a lot to bring to the table and that I need to believe in myself,” she said.

Ryan’s job as an audit intern at BDO frequently took him outside of the accounting firm’s office on Baker Street. He worked with each phase of the audit process to determine the accuracy of financial activities among BDO clients.

Working primarily with companies in the natural resources, energy or shipping industries, Ryan’s client visits landed him at places like the largest Ferrari dealer in the UK. He also spent a week working with clients at the Shard, a famous addition to London’s skyline and the tallest building in Western Europe.

“Working with brilliant people in an international setting at one of the largest accounting firms in the world was an opportunity that will shape my career for the rest of my life,” he said. “Audit is a popular starting point for many individuals entering the world of accounting, so I was able to benefit from being exposed to what it takes to break into the industry.”

To learn more about the London Experience, go online to https://honors.gsu.edu/the-london-experience/ or watch the short (and fun!) FAQ video below. 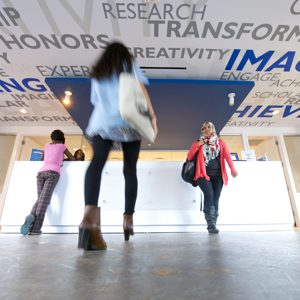 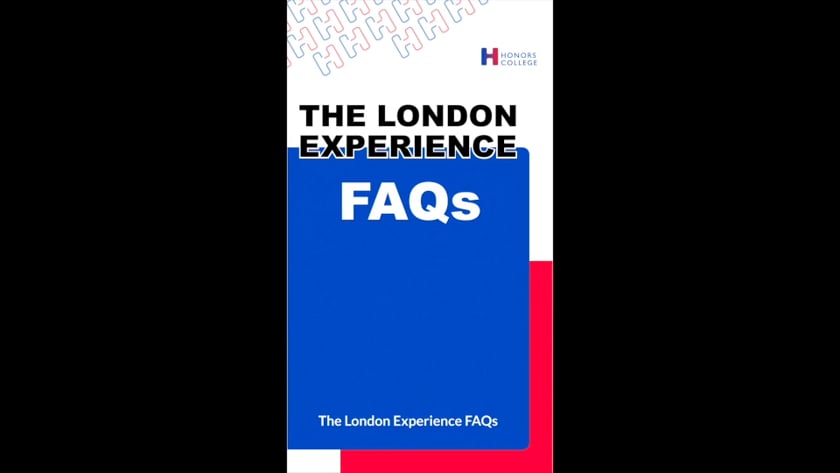