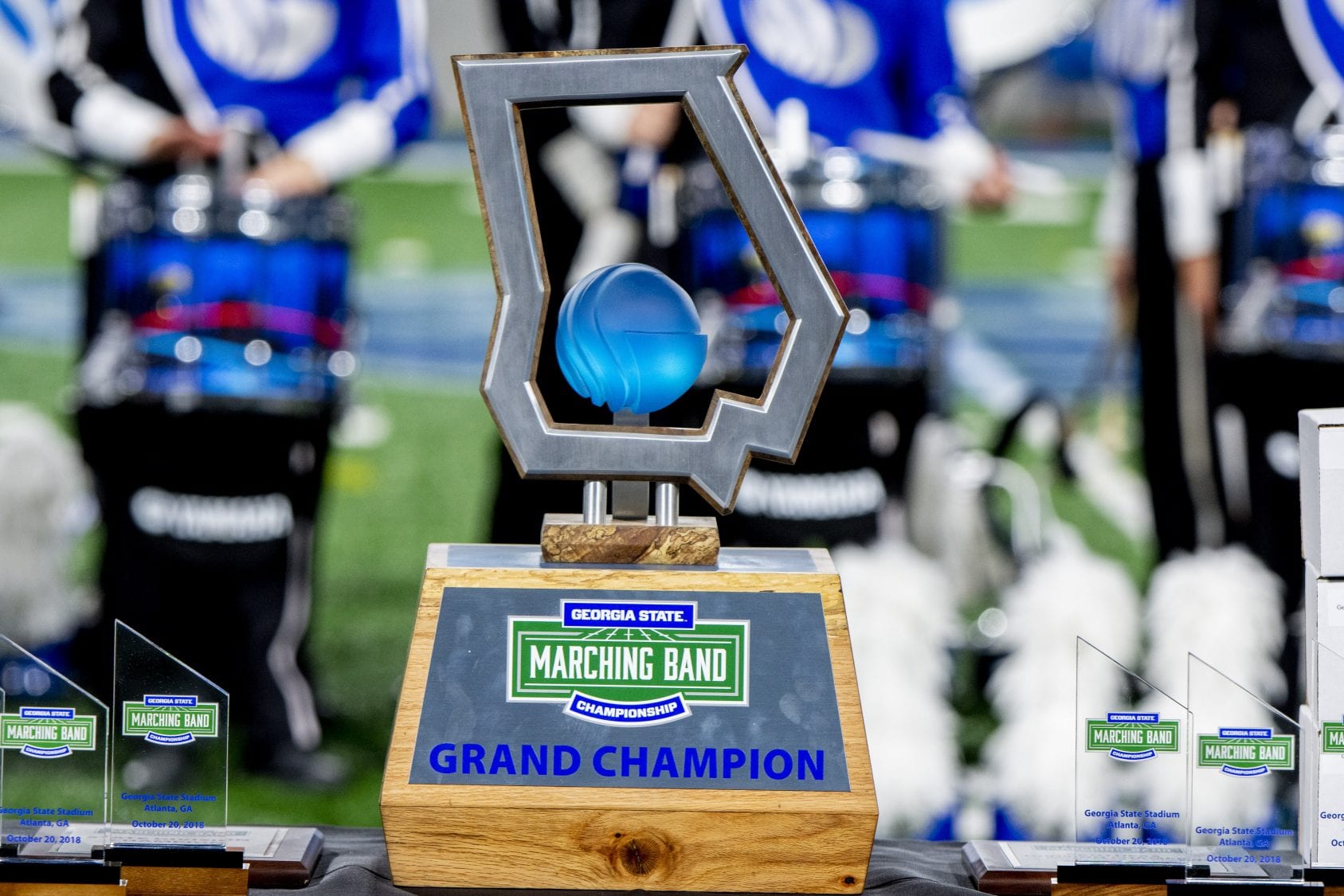 Now that the dog days of August have arrived, the Georgia State University College of the Arts, School of Music and the Panther Band kick into full gear with plans for the second annual Georgia State Marching Band Championship (GSMBC) on Oct. 26.  And, as part of the event preparation, championship organizers are polishing up the grand champion trophy — a symbol of excellence in high school marching band performance.

Director of Athletic Bands Chester Phillips enlisted the sculpture department at the Ernest G. Welch School of Art & Design to create an eye-catching, traveling trophy that would stand the test of time with universal appeal and resonate with the marching bands and its fans.

According to artist and sculpture studio manager, Nimer Aleck, the creative research and renderings included cues from the 1996 Olympic Torch, highway signage and the iconic Georgia State University flame. The final aesthetic reveals a recognizable outline of the state of Georgia that frames a translucent blue orb representing a mark of first-place recognition and achievement.  Standing approximately 24 inches tall, the trophy is made of sustainably harvested oak, reclaimed aluminum, polyurethane resin and stainless hardware.

Nearly 3,000 students from 23 high schools across the Southeast competed in the last year’s inaugural championship, where Lambert High School took top prize. The battle for the 2019 trophy begins soon with participating schools returning to classes in the fall, and this year, it’s anyone’s game.