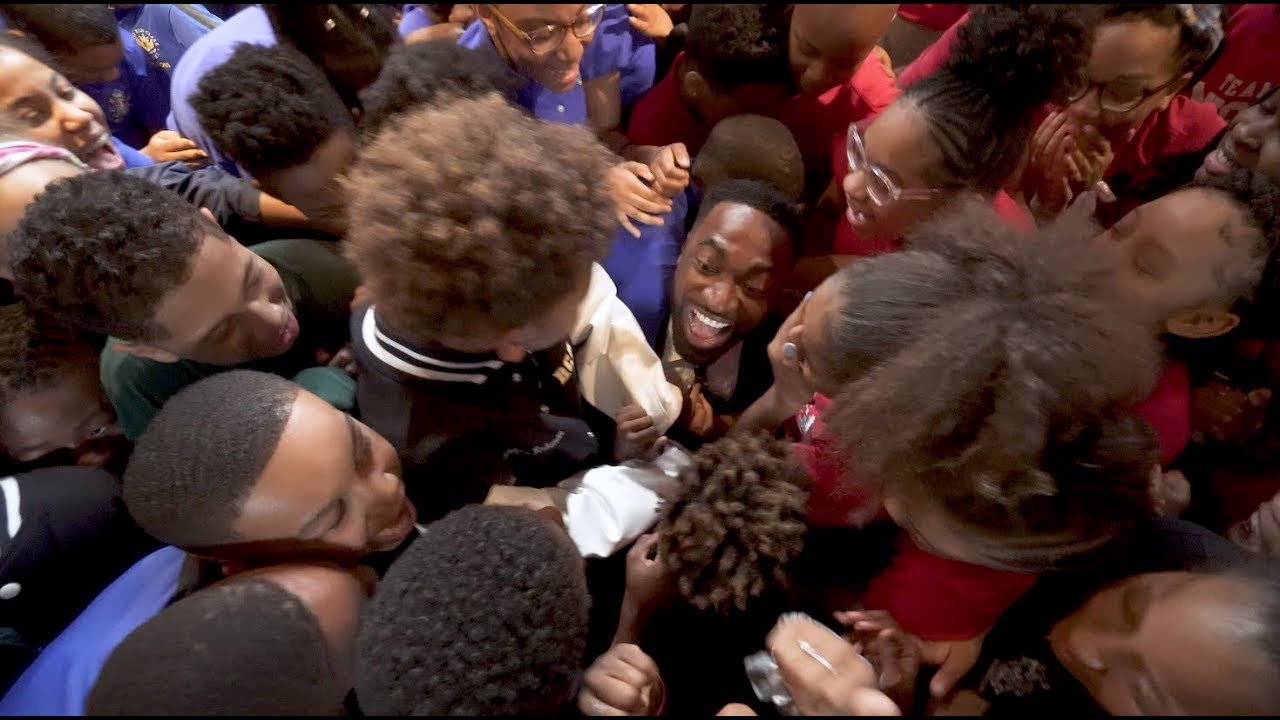 When Kirk Brown found out his wife was pregnant, he couldn’t wait to tell his students at the Ron Clark Academy, where he’s head of development. His colleagues convinced him the announcement had to be epic.

“My co-workers are pretty much the most creative people on the planet,” Brown says. Naturally, he appealed to them for help sharing the news.

The plan came together immediately: They’d reveal to the students that someone on staff was going to be a father — and they’d find out who it was through a rigged game of musical chairs. The winner, it was understood, was the lucky dad.

When they saw Brown snag the final chair, the kids rushed him. Brown was taken aback by the reception. Some of his students were so overwhelmed with joy, they cried.

When he posted the video on his Instagram page, Brown got an even bigger surprise — it went viral. Before he knew it, he’d become a media sensation, setting a new standard for clever baby announcements.

Media outlets, like 11 Alive News and O, The Oprah Magazine, picked up the story and shared it nationally. The video has since garnered more than 3 million views. Brown’s gotten tons of messages from perfect strangers, who have found his story so endearing they want to keep up with the baby-to-be.

“One of my favorite comments on social media was, ‘I don’t know you all, but … I need birthday invites and graduation invites,’” Brown said. “It was hilarious.”

He and his wife, Shanice, who are due in September, can’t wait to share the video with their daughter when she’s older. Brown’s also thrilled by the prospect that Baby Brown could one day be a Georgia State Panther, like her dad. If she does enroll, she’ll have quite the family legacy to carry on.

Brown’s been recognized as a “Leader in Academia” for Who’s Who in Black Atlanta. In 2018, he was honored as a member of Georgia State’s 40 Under 40, and before that as a member of APEX Society’s Power 30 Under 30. He is also co-founder of the Emerging 100 of Atlanta. Over the span of his 11-year career, Brown has raised more than $50 million for his causes including a generous $5 million gift from Oprah Winfrey.

Most recently, Brown joined three fellow alumni as a representative for Georgia State’s “Make Your Mark,” campaign. His face has been plastered on billboards and MARTA posters around Atlanta. With more than15,000 Instagram followers on his own page, Brown has been instrumental in promoting Make Your Mark.

What drives Brown? A personal philosophy that he’s eager to pass on to his daughter. If she’s anything like him, she’ll take it for all it’s worth: “The world is yours, sweetheart. Grab it and go!”