Medical problems nearly prevented her from earning a college degree. Now Devin McCoy plans to use her own experiences to help pharmaceutical companies better educate patients.

Devin McCoy knows what it means to be dependent on pharmaceuticals. Born with a heart condition, she began experiencing palpitations as a child. Later, her cardiologist discovered her heart had grown too big for her body, a condition known as hypertrophic cardiomyopathy. 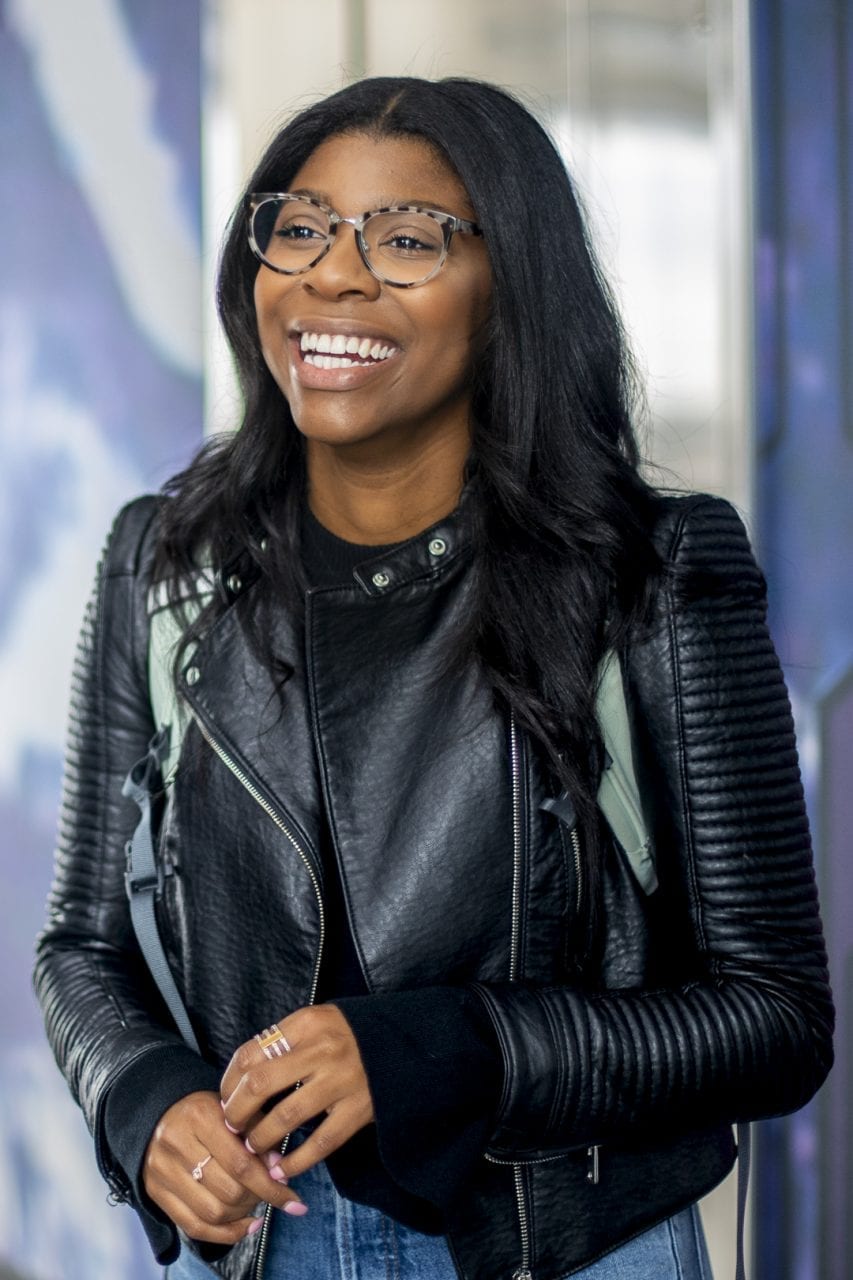 Still, McCoy thought her medical issues were under control — until her freshman year at Savannah State University when her roommate found her unconscious on the floor of their dorm room. Back home in Powder Springs, Ga., doctors fitted McCoy with a heart monitor and put her on bedrest for three months. It wasn’t until the following year that doctors determined that arrhythmia, or irregular heartbeat, had been the cause. Though she was told the condition could raise her risk of stroke or heart failure, with the right diagnosis and medication McCoy finally felt her health turn a corner.

McCoy, the first person in her family to attend college, was determined to get her education back on track. In 2014, she transferred to Kennesaw State University, where she majored in biology. She also found a part-time job as a pharmacy tech, and considered applying pharmacy school after graduation. Yet her experience behind the counter often left her feeling disheartened.

“Nobody reads those drug information cards, nobody thinks to report their side effects,” she says. “But who solves that disconnect? It’s not the pharmacies, it’s the pharmaceutical companies. I told my professor, ‘I care about the product, I care about it being safe, I care about educating patients.’ We literally sat down and started Googling.”

They were surprised when a result popped up close to home — the master’s program in biomedical enterprises at Georgia State. McCoy enrolled in Georgia State in fall 2017 and says the program has helped her refine her understanding of the pharmaceutical field — and her career goals.

“I finally have a vision of myself in this industry,” says McCoy, who will graduate in December 2018 and recently completed an internship in the regulatory affairs division of UCB, a global biopharmaceutical company. “Without this program, it would have taken me years to figure out that these jobs even existed.”

Now, she has her eye on becoming a pharmaceutical product lawyer, a role she says is aligned with her talents and passions.

“It will mean that my decisions have that much more power, and that I’m really putting my name on the line,” says McCoy. “I want to be able to say, ‘Let’s do better.’”