Jones will be recognized with three other Georgia State alumni awardees at a dinner on Friday, Oct. 26 at The Southern Exchange in downtown Atlanta. 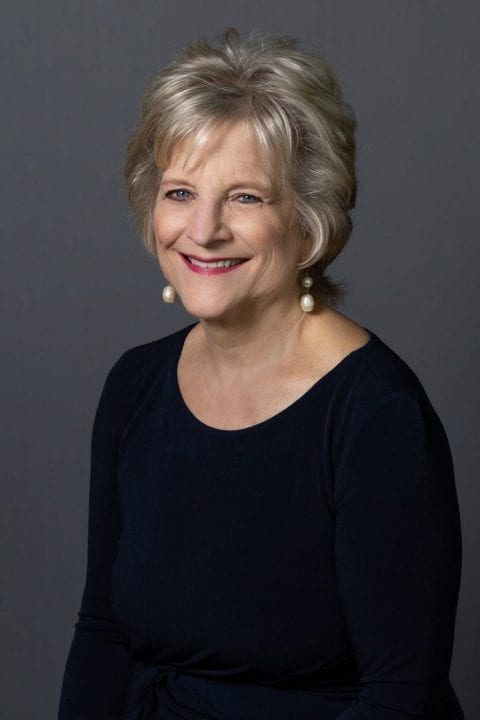 “I was humbled and thankful that Georgia State would recognize me in this way,” Jones said of the honor.

As an educator, administrator and counselor, Jones has dedicated her life to helping others. The Atlanta native and past recipient of the CEHD’s Distinguished Alumni Award has taught and counseled pre-kindergarten to 12th grade students at Atlanta’s Whitefield Academy and the Westminster Schools, from which she is also an alumna.

She developed the counseling programs at both schools and created Whitefield’s college guidance program for the high school grades, which took a lot of hard work and networking to get off the ground.

Jones has served in various community volunteer capacities, including as a community ministry and church elder at First Presbyterian Church in Atlanta. She developed the curriculum for the Shalom Ministry at Community Bible Church in Highlands, N.C., and has served on the executive board for Fellowship of Christian Athletes (FCA) Cheerleading for 15 years, helping with the organization’s fundraising efforts to send young girls to FCA Cheerleading summer camps.

Though she retired from counseling in 2015, Jones has started volunteering as a counselor at the Atlanta Youth Academy and serves on the CEHD’s Advancement Council.

She credits her time in the CEHD for giving her the skills she needed to have a successful career in education.

“I was very shy before I went through the master’s program,” she said. “At Georgia State, I learned to problem solve, to think outside of the box, to do research and speak in front of people, and all of those things have carried over into every job I’ve had.”

Since 1963, the Georgia State Alumni Association has recognized outstanding alumni with its Distinguished Alumni Awards. For more information about the award, click here.