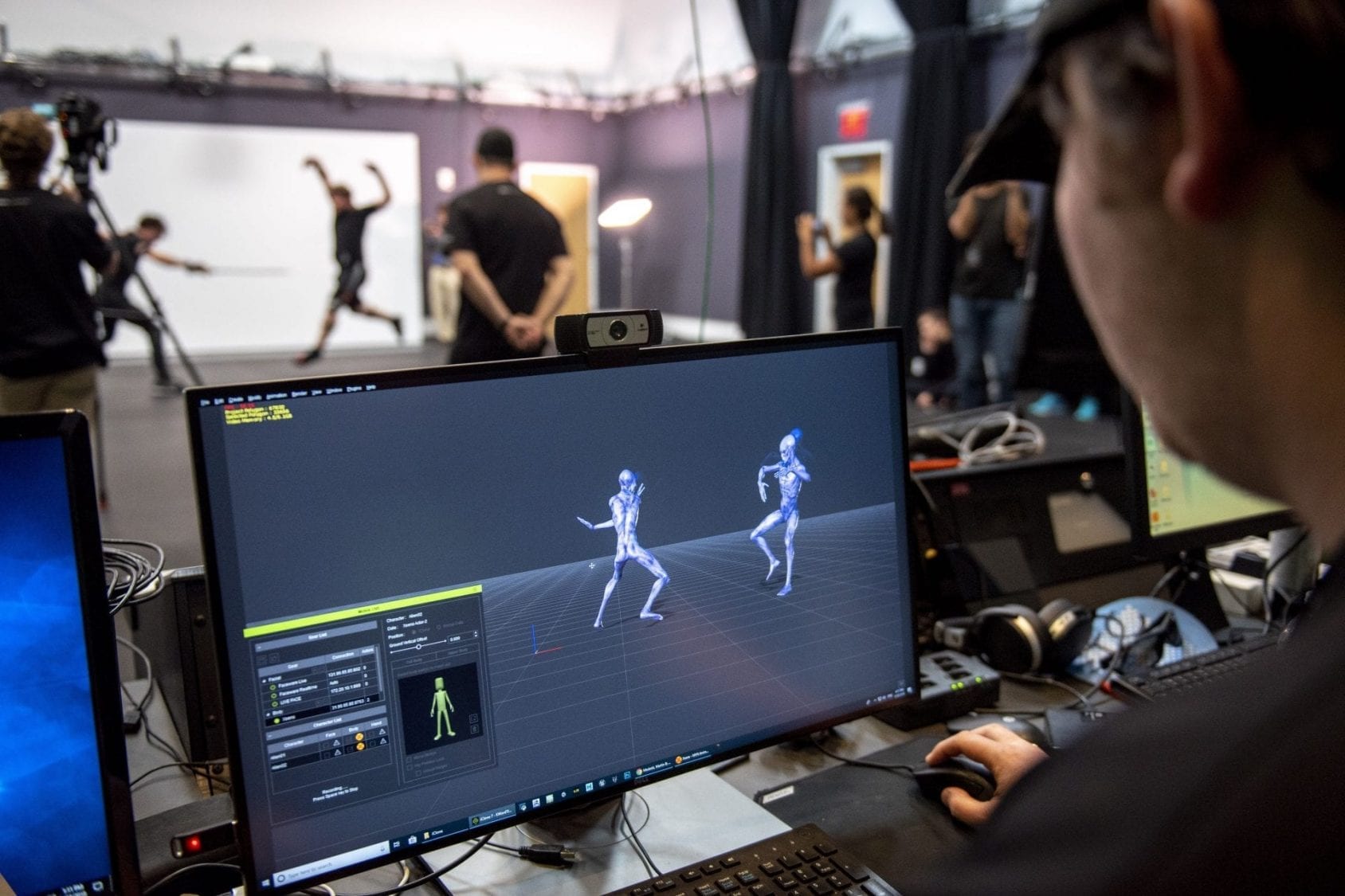 At the inaugural Motion Capture Performance Workshop, participants gained the invaluable knowledge and cutting-edge acting skills necessary to perform in a motion capture environment. The two-day workshop – the only one of its kind originating in the United States – was produced by the College of the Arts Office of Educational Outreach and hosted by the School of Film, Media & Theatre and the Creative Media Industries Institute (CMII). Leaders of the workshop included Mary Emily O’Bradovich, professional actor with People Store and academic professional at Georgia State focusing on movement and acting, James C. Martin, professor of practice at Georgia State teaching virtual reality (VR) production and VR/AR Asset Creation, and Michelle Ladd, motion capture director, fight director and stunt performer with RE:Action Stunts and Broad-Motion Entertainment.

Motion capture and performance capture is a new and exciting landscape for actors to consider. More commonly, producers and directors expect this specialized skillset and look for these particular abilities in performers of all types.

“Our first Motion Capture Performance Workshop was a great success, and it’s just the beginning of what to expect with future programming,” said Mary Emily O’Bradovich. “Until recently, the technology was used primarily by stunt performers, but as the technology evolves to include facial capture, more actors will need to know how to perform within this unique environment, and Georgia State is the place where actors can learn these skills.”

Set in CMII’s motion capture studio, participants each developed avatar characters through specialized acting and movement training; and these avatars were brought to life in MoCap application and real-time animation. Participants took away a sample videos for their portfolios which demonstrated the skills they acquired, along with the knowledge of performance techniques, motion capture processes and on-set expectations. These skills have long been necessary in the video game industry and are rapidly becoming a must-have in every performer’s toolkit for film and television.

For information on upcoming workshops, visit the Office of Educational Outreach at https://thearts.gsu.edu/educational-outreach/mocap/ or CMII at https://cmii.gsu.edu/