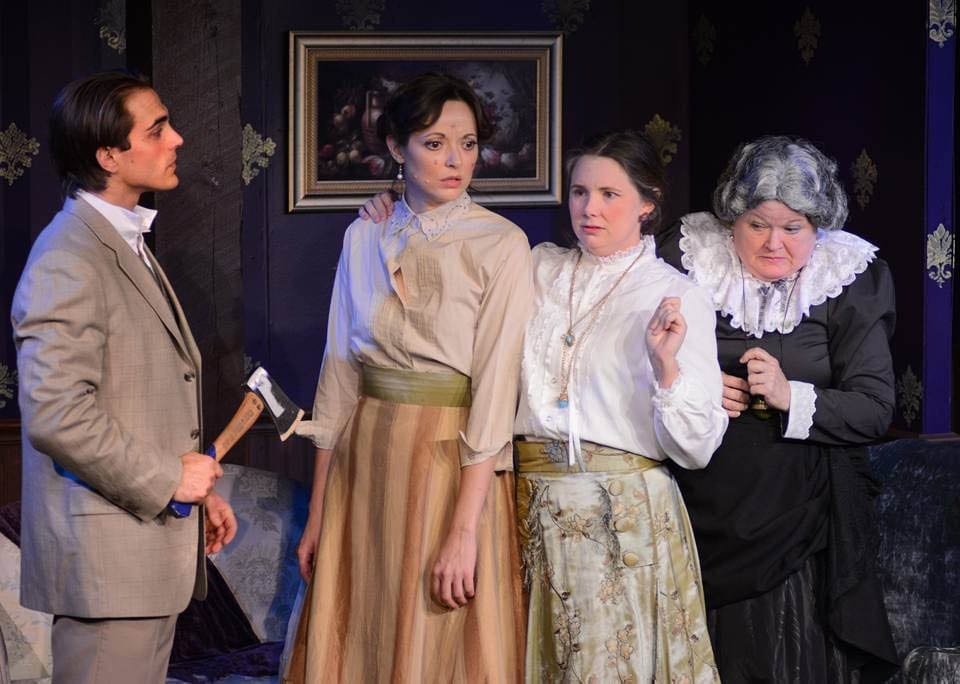 A theatre instructor for Perimeter College since 2016, Guyton described his play as “a dark comedy featuring three ladies from the Victorian era, a sort of Jane Austin meets Edgar Allen Poe romantic comedy and ghost story.”

“Three Ladies of Orpington” made its world premiere in 2017 at Onion Man Productions in Chamblee and most recently was performed in Houston, Texas, by Cone Man Running Productions.

“The setting for the play is in a real English town called Orpington, famous for their chickens,” he said.

Guyton riffed on that setting by decking out his female characters in feather-like clothing.

As one of the few original works nominated, Guyton was surprised to have received so many awards.

“We were up against established plays like “A Christmas Story” and “Driving Miss Daisy,” said Guyton. “I am so honored.”

In his introductory theatre classes on the Decatur Campus, Guyton covers writing, acting, designing and decorating sets and the history of theatre.

“I don’t usually talk to students about what I do, but I do talk about  writing a script and what happens when you get a bad review and how that fuels me to do better,” he said.

Guyton has worked with several theatre companies in metro Atlanta, including Onstage Atlanta, Academy Theatre and Out of Box Theatre.  He recently completed a Steampunk-themed play called “The Legend of Steel City.”

The MAT Awards began in 2008 to recognize excellence in the metro Atlanta theatre scene. Plays representing all genres—from musicals to mysteries—are reviewed by independent judges for awards in their respective categories.

Guyton lives in Fayetteville, Ga., with his wife and fellow actor, Kate Guyton (who received best lead actress in “Three Ladies of Orpington.”)

Every year, the MAT Awards honors theatre creators throughout the city of Atlanta and its suburbs. Other categories include musical theatre and youth awards.