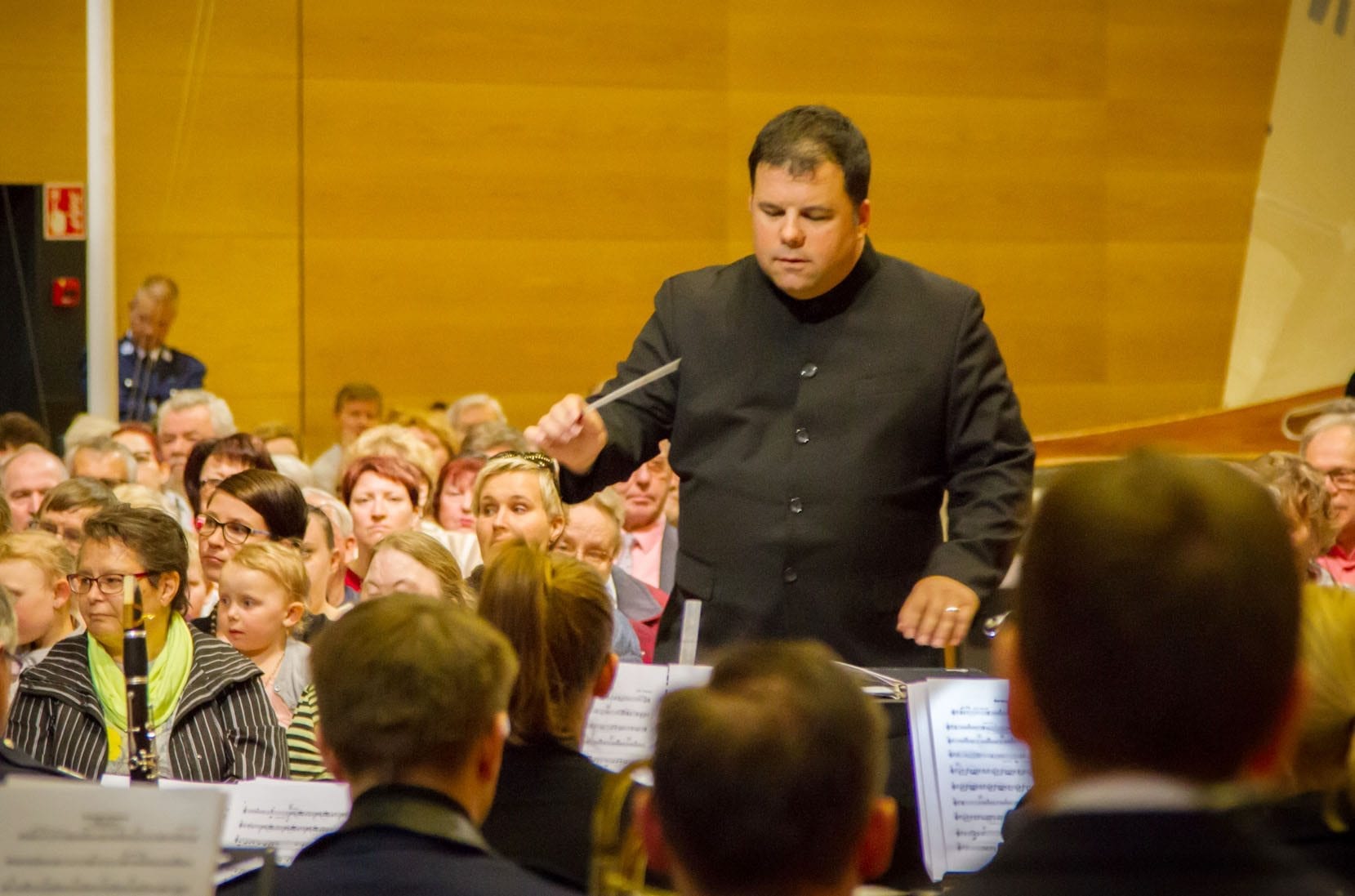 ATLANTA—Georgia State University Director of Bands, Dr. Robert Ambrose, has been elected vice president of the College Band Directors National Association (CBDNA) Southern Division for the 2019-2021 term. Subsequently, Dr. Ambrose will continue his tenure as the Southern Division president-elect from 2021-2023 and president from 2023-2025.

“I am honored to have been elected by my peers to serve CBDNA in this capacity,” said Dr. Ambrose. “CBDNA is the most important professional organization with which I am affiliated, and I look forward to the opportunity to serve the organization that has provided so much to me and other college band directors in our country.”

Ambrose has served CBDNA as state chair for Georgia for the last decade. He has also served on the Music Education and Diversity Task Forces and was selected to perform at the Southern Division conference with the Georgia State University Symphonic Wind Ensemble three times during his tenure.

According to Dr. Nickitas Demos, director of the School of the Music, “Dr. Ambrose is a highly respected and creative force behind the Georgia State University band program. We congratulate him on this new leadership role and look forward to his contributions to CBDNA’s ongoing commitment to music culture, education and institutional entertainment.”

The members of the College Band Directors National Association are devoted to the teaching, performance, study and cultivation of music, with particular focus on the wind band medium. CBDNA is an inclusive organization whose members are engaged in continuous dialogue encompassing myriad philosophies and professional practices. CBDNA is committed to serving as a dynamic hub connecting individuals to communities, ideas and resources.