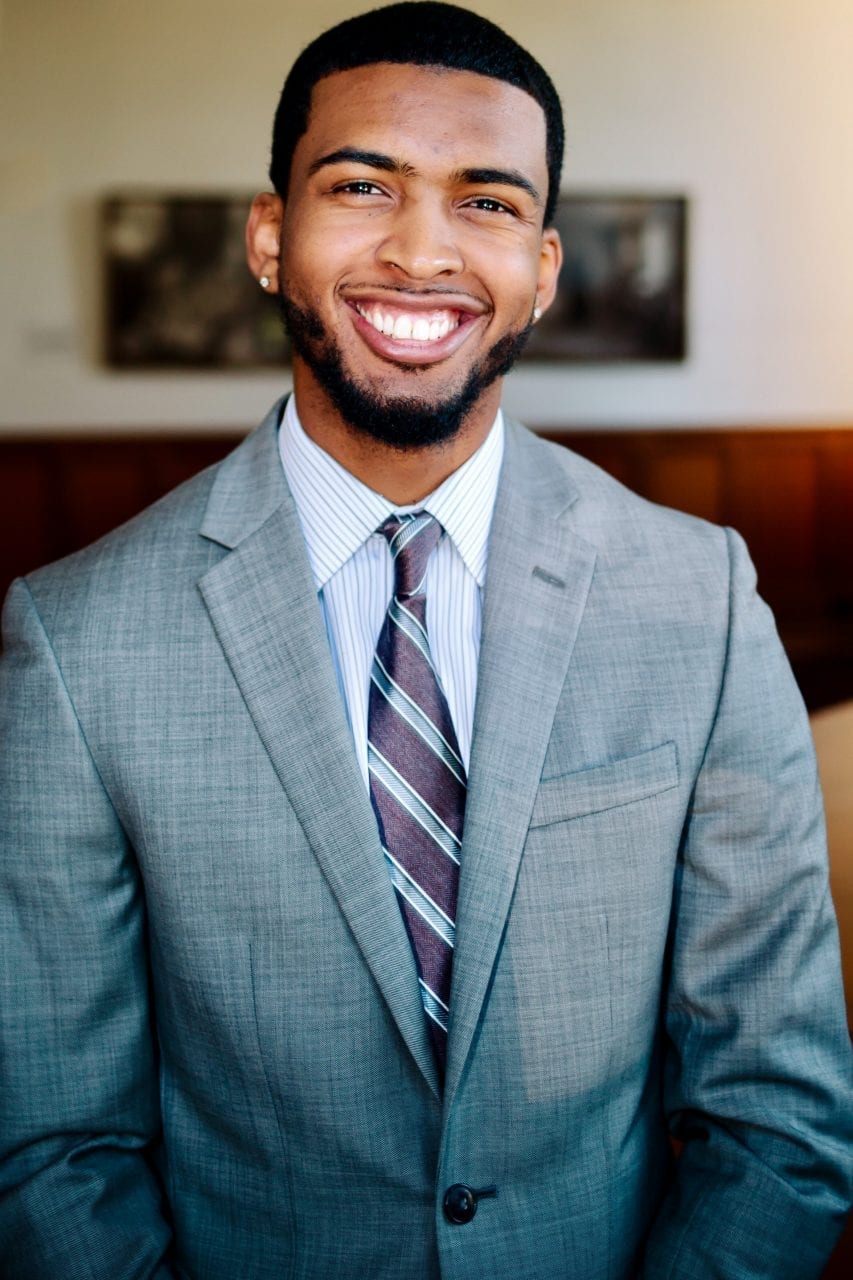 ATLANTA— Purposeful singing. Social engagement. Thinking beyond ourselves. That’s the essence of the upcoming collaborative concert with the Georgia State University Choral Union and the Atlanta Homeward Choir on March 23rd. Led by Associate Director of Choirs, Dr. Joy Meade, the Choral Union teams up with the Atlanta Homeward Choir for a special spring concert, “The Road Home” at the Catholic Shrine of the Immaculate Conception. Offering a multi-genre performance on the concept of home, the free concert is designed to inspire the housed to take action in our community where so many are left homeless.

Spurred by surprise at the number of people experiencing homelessness in Atlanta, Dr. Meade sought opportunities for her students to engage with the homeless community in the city. She contacted Donal Noonan, Executive Director of the Atlanta Homeward Choir, and asked him for help and suggestions for where to begin.

Though initially conceived as a partnership to learn more about the structural cycle and implications of local poverty and homelessness, Dr. Meade’s students have begun to take more specific, active roles in bringing social awareness to their community. “Many have said they’ve engaged in more conversations with homeless individuals in the city,” she says, “And, for example, have even been able to help one person apply for an identification card.” For Meade, it is important for her students to make real world connections between their studies and the world outside the walls of academia. She says of their experience: “They’ve learned to think beyond themselves and see that music can be a powerful vehicle for change.”

In preparation — both on-stage and off — for the concert, student and faculty members at the School of Music play integral roles alongside the Atlanta Homeward Choir. Justin Han, a master’s student in Choral Conducting and Piano Performance and this year’s Robert Shaw Choral Scholar, serves as the Director of the Men’s Choir. 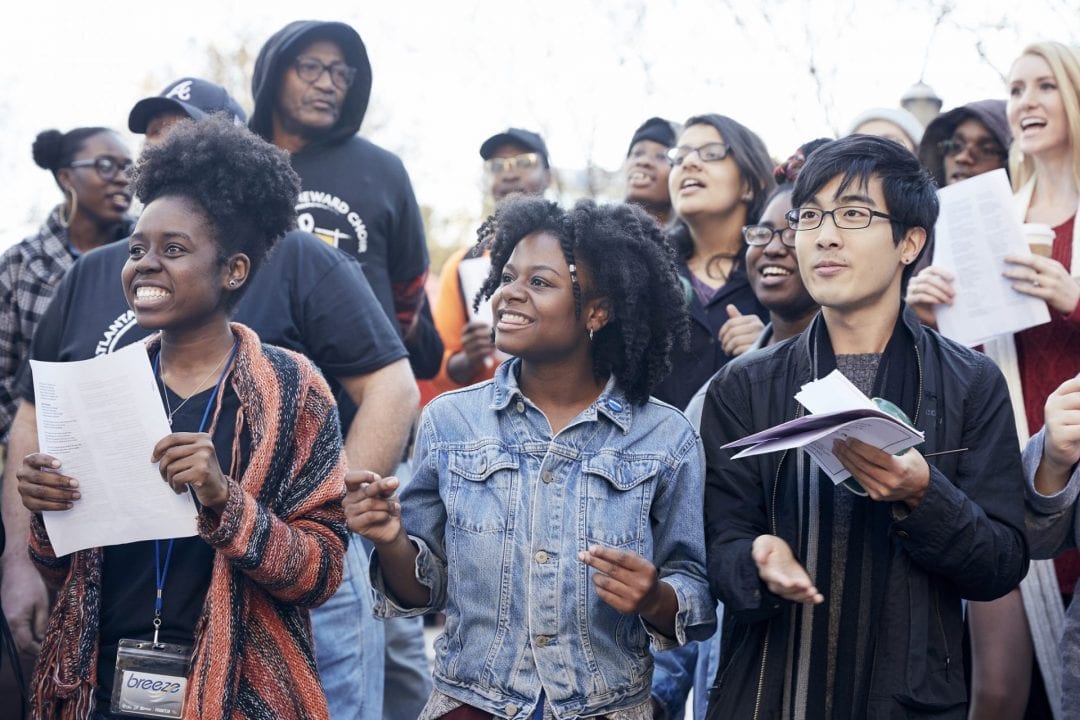 In October 2017, Dr. Meade introduced Han to the choir for greater experience outside the academic study of classical music. “I recommended Justin for the position because I knew he’d be a dependable and excellent leader for the Homeward Choir and a wonderful representative of Georgia State’s choral conducting program,” she said of her decision.

Since that time, Han has met twice a week with the men’s choir, reporting directly to Mr. Noonan. His key responsibility has been to prepare the Homeward Men’s Choir for their performances, while building camaraderie and a tight knit environment between choir participants and himself.

“I wanted to explore opportunities outside the parameters of my academic focus,” said Han. “Among the most rewarding aspects of directing the choir is to witness how music directly affects and uplifts people even while experiencing homelessness. As an aspiring educator, this experience teaches me to be more empathetic and to use my gifts to make positive impact where I can.” 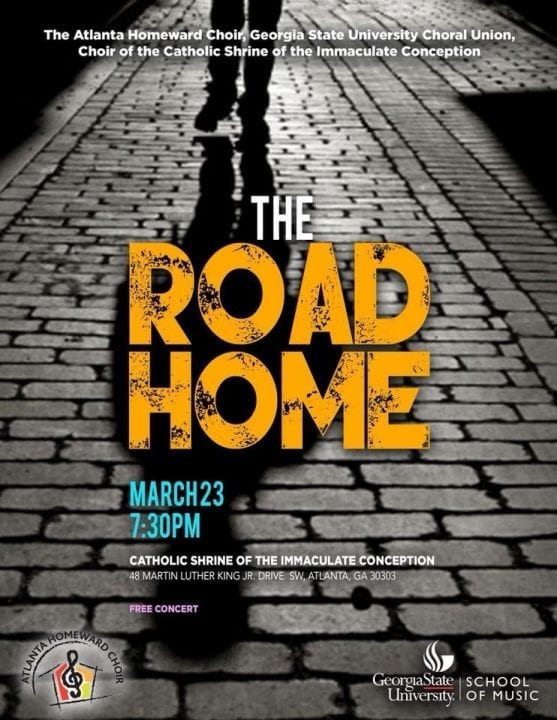 Additionally, Master of Music candidate Michael Fahrner currently oversees the Homeward Choir website and social media activities.  He was recently featured in the School of Music’s “Did You Know” video highlights.

The Road Home concert is the second major collaboration between Georgia State Choral Union and the Atlanta Homeward Choir, following the festive holiday “Caroling in the Park” sing-along event. The program includes a diverse array of musical genres, from Gregorian chant to Michael Jackson, from traditional spirituals to Macklemore rap.  There is something for everyone to connect with and enjoy.

For more information about the Road Home concert, visit https://www.atlantahomewardchoir.org/news-and-events.

The Choral Union is the largest choral group on campus and is open to university students as well as faculty, staff, and local community members. Consisting of approximately one hundred voices, its large membership includes music major/minors and other singers from throughout the university in all years and areas of study. The Choral Union performs literature for mixed voices from all periods of music history, including jazz, classical, gospel, African American spirituals, and popular music.

The Atlanta Homeward Choir is a men’s and women’s choir whose participants come from all walks of life, some with prior music training and many without. Entering its fourth season, the Atlanta Homeward Choir has received national, and international media attention and continues to grow as it shares its mission to uplift, encourage and instill a sense of community through the music.