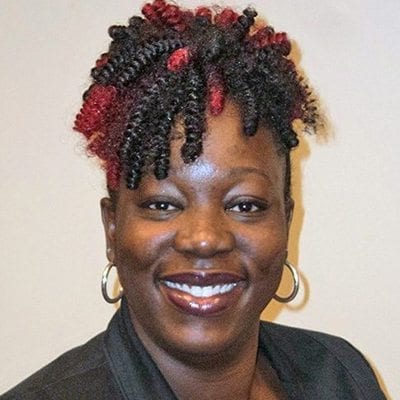 Lisamarie N. Bristol (J.D. ’09) is an assistant solicitor-general in the Office of the DeKalb County Solicitor-General where she is a part of the Special Victims Unit. As a part of that unit, Bristol prosecutes defendants involved in severe cases of domestic violence, crimes against children and disabled victims, elder abuse cases, stalking cases and animal cruelty cases. In this role, she also has been part of a multi-agency team that has conducted training to hundreds of law enforcement officers in DeKalb County to educate and assist them in recognizing and investigating elder abuse crimes throughout the community.

Bristol has a B.S. in psychology with specialized honors from York University in Toronto. Following law school, Bristol worked as a public defender for four years before transitioning into prosecution.

She is vice president of programs for the Greater Atlanta Black Prosecutors Association and was a faculty presenter for the National Institute on the Prosecution of Elder Abuse, a weeklong course designed to challenge prosecutors to reevaluate their approach to prosecuting elder abuse cases. She is involved in Georgia State Law’s mentor program and has served as a facilitator during orientation and a panelist for the student group Parents Attending Law School (PALS), as well as a judge for the Student Trial Lawyers Association program.

Bristol gives credit for her success to her parents, immigrants from the Caribbean to Canada, who ensured she had an extended community of people growing up.

“I was exposed to women of color who were educated, successful, motivated, kind and humble, and I saw a little bit of myself in each of them,” she said. “Exposure to people from different backgrounds and cultures allowed them to pour their experiences into my life. I saw personally what hard work could achieve when failure was never considered-a core value that influenced my success is that there are no failures, only temporary setbacks. Even if the result is not what was originally envisioned.”