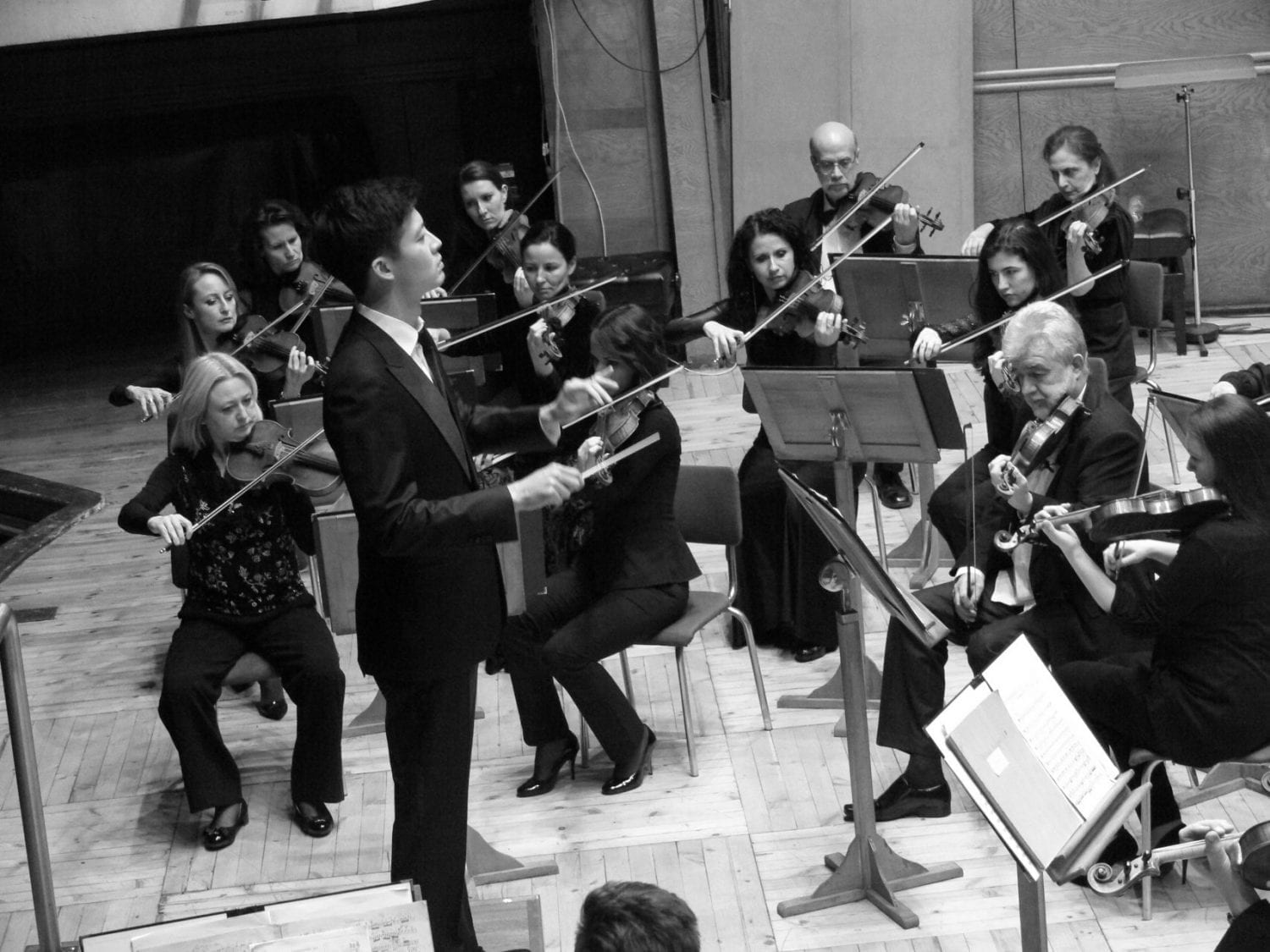 ATLANTA—Congratulations to School of Music alumnus Henry Cheng (M.M. Orchestral Conducting ’09) who was recently awarded first prize at the inaugural European Union Conducting Competition (January 8-13, 2018) hosted in Sofia and Pazardjik, Bulgaria. Cheng, who serves as music director for the Klangkraft Orchestra and assistant conductor of the Bochumer Symphoniker in Germany, participated in the rigorous multi-day juried competition with the final round taking place at the Bulgaria Hall. The first-place honor includes concert engagements throughout Italy, Hungary, Bulgaria, Czech Republic and Poland.

According to the press announcement:

“Henry Cheng is an outstanding, refreshing young conductor who has the ability to change repertoire and pay great attention to different styles,” said M° Vittorio Parisi, President of the Jury, European Union Conducting Competition. “His knowledge of Rossini style was excellent in the second round of the competition. Also, he demonstrates interesting orchestra qualities during rehearsals, including communicating with the orchestra in a nice way.”

The European Union Competition for Orchestra Conductors was established by the Bulgaria Hall, in cooperation with Artes National Orchestra, Kodaly Philharmonic Orchestra and Pazardjik Symphony Orchestra.

In addition to being the competition’s first-place winner, Cheng receives a prize package that includes:

• One concert in a major theatre in Milan during tour of the Kodaly Philharmonic Orchestra (2019)
• Two concerts in major theatres in Italy during the tour of the Kodaly Philharmonic Orchestra (2019)
• One opera concert in 2018/2019 season at the National Theatre in Opava (Czech Republic)
• One concert in Pazardjik Symphony Orchestra 2018/2019 Season in Pazardjik (Bulgaria)
• One limited series, tailor-made ABL conducting baton with case
• Official Diploma
• €1.250,00

Currently based in Berlin, Cheng has gained a reputation as a passionate young conductor on the rise. He has worked with Maestros Bernard Haitink and Kurt Masur at the prestigious Lucerne and Aurora Festivals. Last season, Henry conducted with the Brandenburger Symphonkier, new music ensemble Lux NM and Bochumer Symphoniker. To date, he premiered more than forty new works from small ensemble works with multimedia and choreographed contemporary dance numbers, to full orchestra and concerti repertoire. Cheng studied at Eastman School of Music (B.A), Georgia State University (M.M.) and Indiana University (Ph.D.) in America.