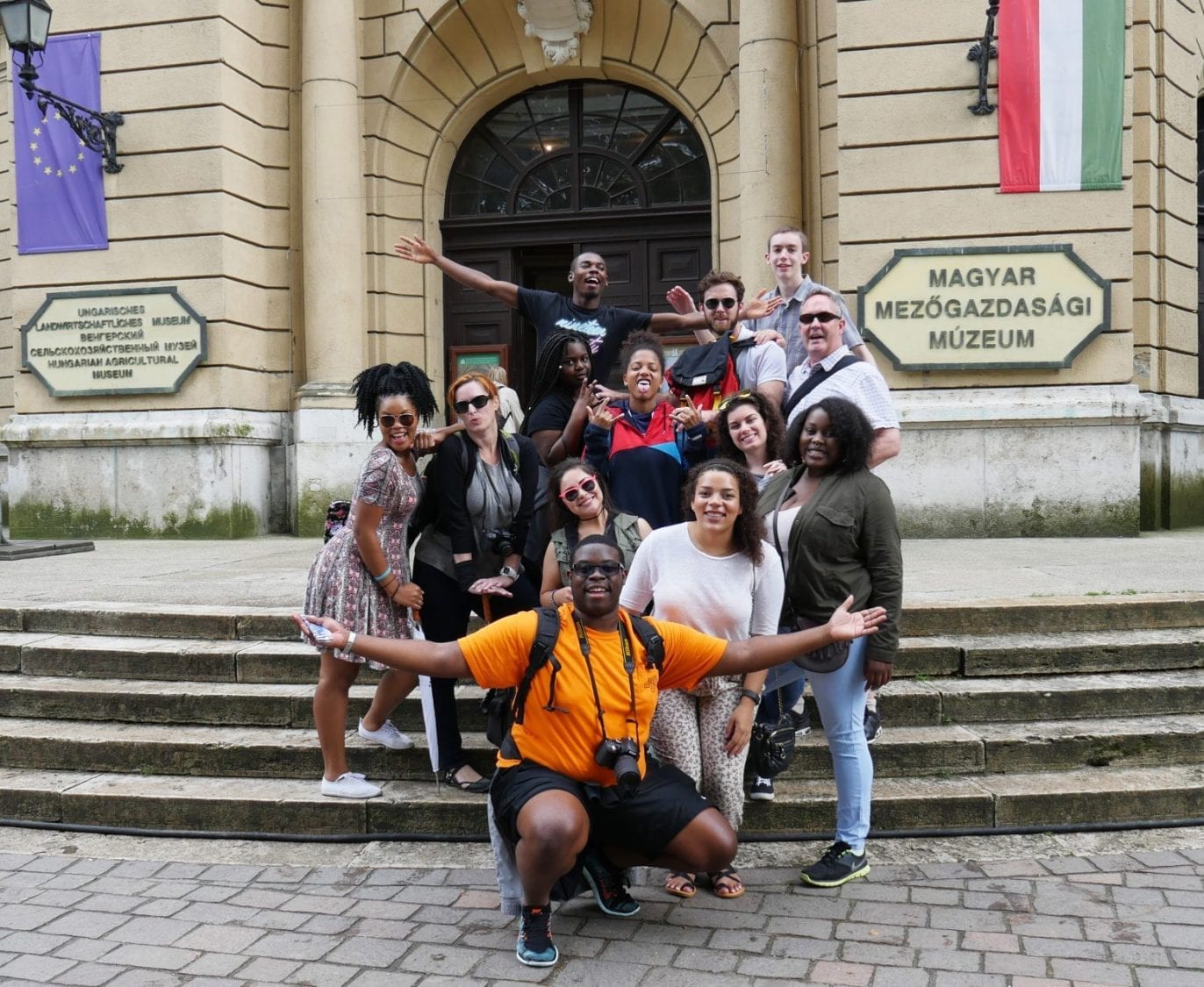 ATLANTA— Last December at the Atlanta’s retro Plaza Theatre, the School of Film, Media and Theatre (FMT) premiered its first student feature film “Petra,” a 75-minute romantic comedy that tells the story of a National Geographic photographer, Jeff Kovacs, who is assigned to photograph refugees in Budapest but gets more than he bargained for when he discovers a young art professor,Petra. Directed and screen written by Dr. Philip Lewis, FMT Associate Director and Study Abroad Director, “Petra” was filmed on-location in Hungary by a talented team of eleven film students.

Shooting “Petra” was a huge undertaking; one that typically takes hundreds of people months to create. However, through dedication and determination, the students shot the film in just five weeks mostly throughout Budapest and other neighboring villages, with a total of nearly 50 locations and scenes.

“The project was a testament to our film program, which has made a strong impact on the community here in Atlanta,” said Dr. Lewis. “It was a fantastic opportunity for our students to receive real-world, hands-on experience with every aspect of filmmaking from directing, writing, and cinematography to producing and costumes. Although we had a minuscule crew, we relied heavily on teamwork which ultimately prepares the students to work in Atlanta’s rapidly growing film industry.

When a National Geographic photographer, Jeff Kovacs is assigned to photograph refugees in Budapest, he discovers that life in post-communist Hungary is nothing like he thought it would be. Petra Farkas, a young art professor and Jeff’s only contact in Budapest, takes him to her countryside home for a crash course in cultural immersion. Working together, the two uncover a mutual love of living off the grid, though they have two very different ideas of what that means. The Budapest region takes on a characterization of its own in this intriguing tale, bringing together historical Hungary, modern politics and 21st century ideas. “Petra” stars Weston Manders and Nora Botos, and was produced by Erin Kasari.