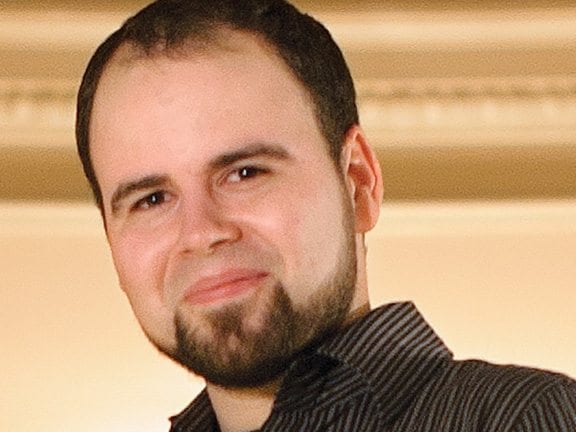 This summer, Escobar’s acquisition of the historic Plaza Theatre received extensive media coverage. He has been named to Atlanta Business Chronicle’s list of “40 Under 40” and has been recognized in Atlanta magazine’s “Best of” issue. 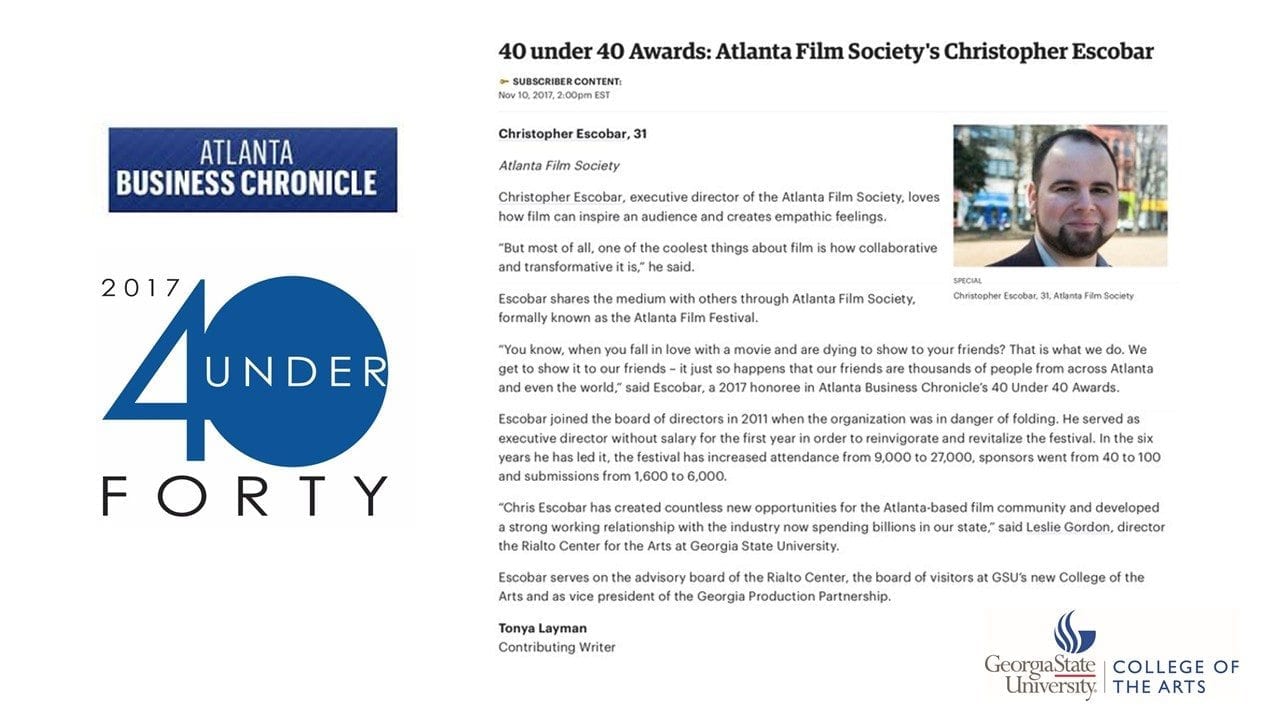 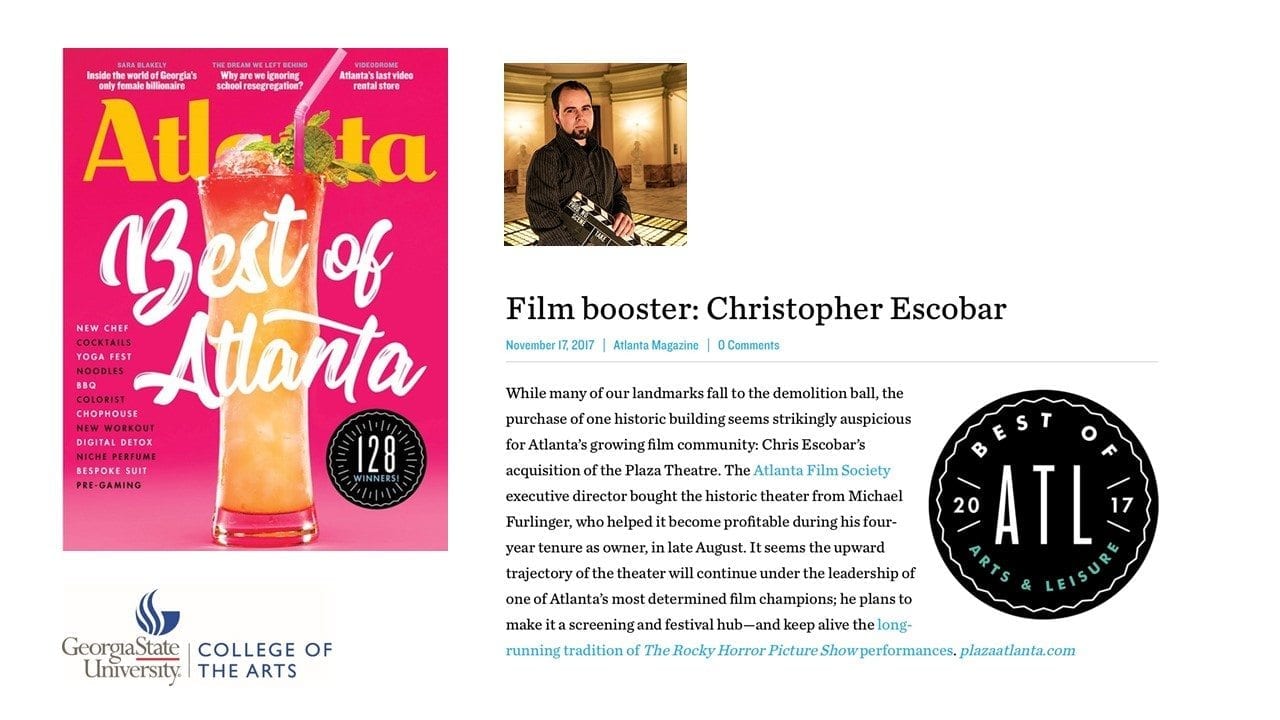