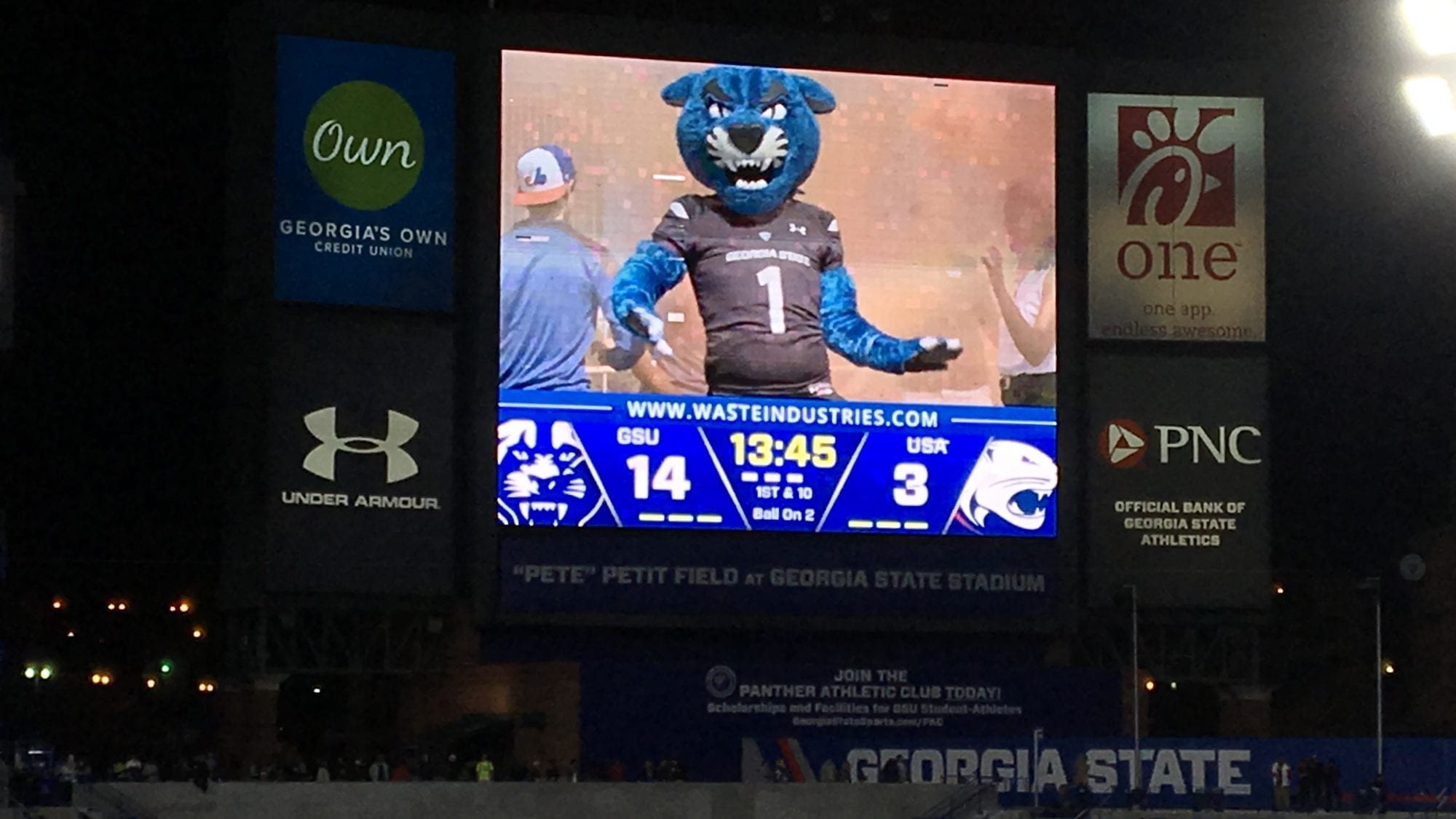 ATLANTA—The inaugural year of the College of the Arts (COTA) has opened the door for exciting collaborative efforts.

In one of the first COTA partnerships of the semester, the Georgia State University School of Film, Media & Theatre team, led by Director Greg Smith, the School of Music and the Georgia State Panther Band came together for “Pounce’s Day Off,” a cross-disciplinary film production.

Introduced as a surprise halftime performance at the Oct. 21 home game against Southern Alabama, this parody of the classic teen comedy, “Ferris Bueller’s Day Off,” combined film and live marching band segments to create an outstanding viewing experience for fans in attendance. Produced, written and directed by Antonio Garcia, the film featured Pounce living it up off- and on-campus, along with cameo appearances by President Mark Becker and COTA Dean Wade Weast. 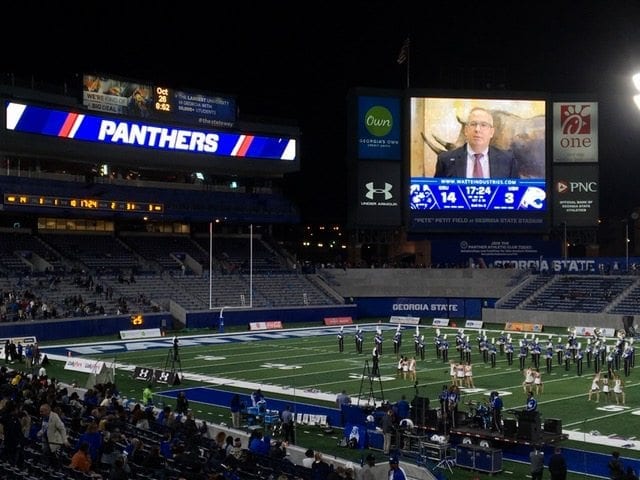 “It was an honor to use our new Georgia State Stadium as a venue for this collaboration, allowing us to scale our production in new and exciting ways,” said Smith. “The ability to have multiple schools and disciplines working together in the College of the Arts is a rewarding experience that benefits us all.”