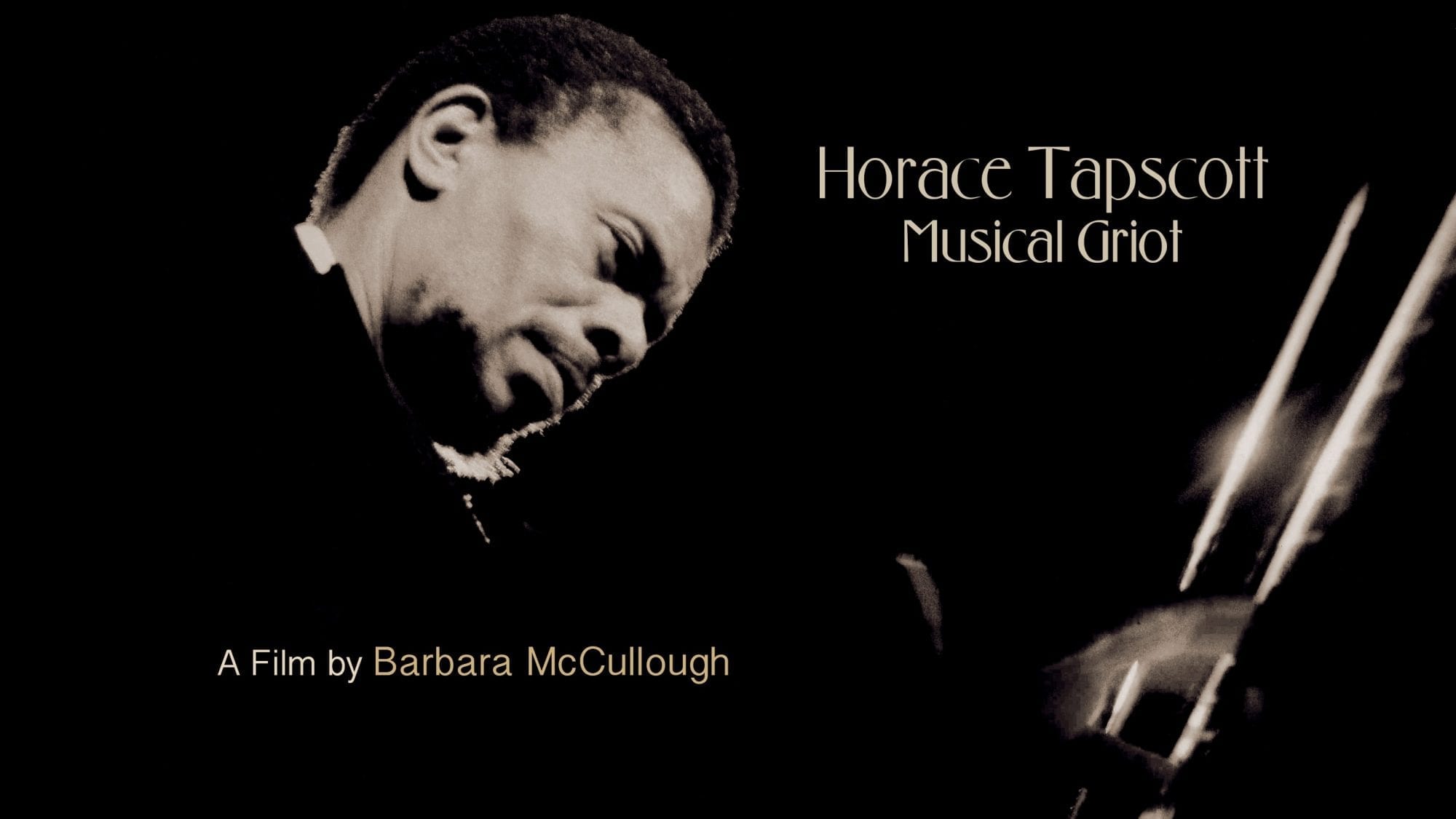 ATLANTA—The School of Film, Media & Theatre’s liquid blackness research group presents a screening of the documentary Horace Tapscott: Musical Griot on Saturday, October 28 at noon in Kopleff Recital Hall (10 Peachtree Center Ave.) followed by a Q&A with filmmaker Barbara McCullough. In the afternoon, an additional conversation with the filmmaker will take place at the Creative Media Industries Institute (CMII, room 225A) from 3:30 – 4:30 p.m. about the role of music in her creative process, all in conjunction with the ATLARGE Music Film Festival, a festival for people who love music.

The 72-minute documentary (shot in 16mm from 1977 to 1991) is a “poetic meditation” that centers on the visionary jazz pianist, mentor, and community organizer Horace Tapscott (1934-1999) who was a crucial figure in the seminal era of Los Angeles jazz history. Tapscott’s band, the Pan-African People’s Arkestra (inspired by the homonymous orchestra founded by Sun Ra), was frequently requested to perform at political rallies and fundraisers. The film won the Audience Award at the Pan African Film Festival, was nominated as Best Documentary Feature at the 2017 BlackStar Festival and was an official selection at the 2017 New Orleans Film Festival. 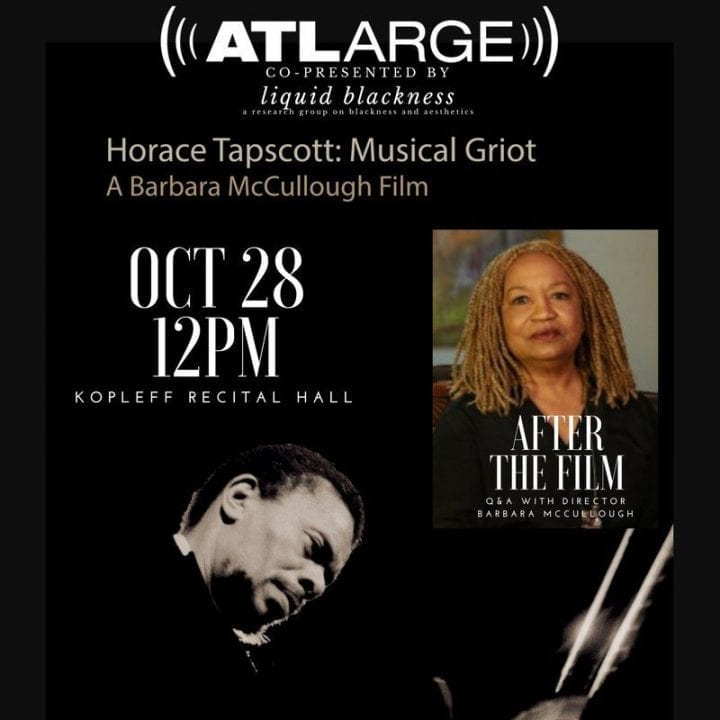 An experimental filmmaker, Ms. McCullough was part of the so-called LA Rebellion and has participated in a previous liquid blackness research about The Arts and Politics of the Jazz Ensemble with particular focus on Larry Clark’s film Passing Through (1977). Her work was recently part of a major Tate Museum exhibition, Soul of a Nation: Art in the Age of Black Power.

“liquid blackness is coming back to Tapscott and McCullough’s work in the context of the ATLARGE Music Film Festival, which showcases and supports the further development of the genre of the music film,” said, Dr. Alessandra Raengo. “Our focus is on Tapsott’s commitment to expanding the political imagination of his community by cultivating its artistic taste, while “passing on” the gift of black music to future generations.”

The Horace Tapscott: Musical Griot screening is $8 for general admission and $6 for students, and includes the Q&A panel discussion. The conversation with the filmmaker at CMII is free to the public, but sign up is required. For more information, please visit: ATLARGE Music Film Festival

liquid blackness explores issues of blackness and aesthetics and is composed of graduate students and alumni of the Moving Image Studies doctoral program at Georgia State’s School of Film, Media & Theatre. Its purpose is to create critical encounters around art and foster conversations between academic, artistic and wider communities, while harnessing and championing local artistic and scholarly talent. For more information, visit www.liquidblackness.com