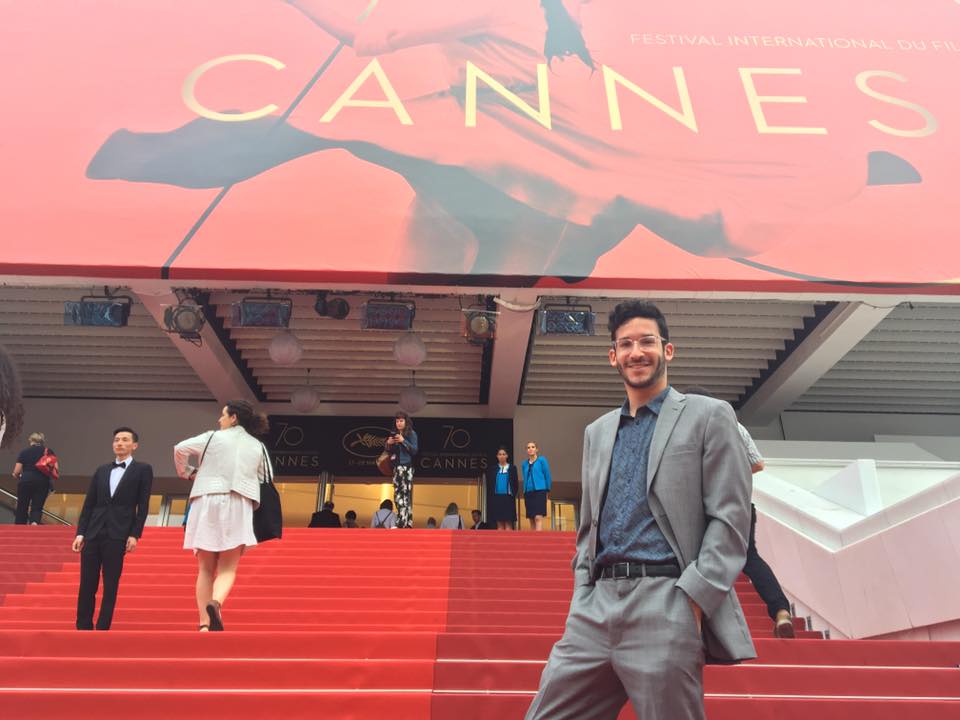 Amidst the sea of paparazzi, celebrity frenzy and the high glamour of the 70th edition of the Cannes Film Festival, Das Mahn Bun made its international debut. The short film (translates to The Man Bun) was created by Georgia State graduate student filmmaker Gabe Monett and screened at the festival’s Short Film Corner.

The 5-minute short film – a comedy spoof on German Expressionist filmmaking that explores the genre’s lighting techniques, while questioning the narcissism of social media – was selected by Campus MovieFest from an international pool of student filmmakers, one of the top 28 shorts to show at Cannes. Das Mahn Bun film credits also include fellow GSU students Antonio Garcia, Abe Miller and Thiago de Souza. 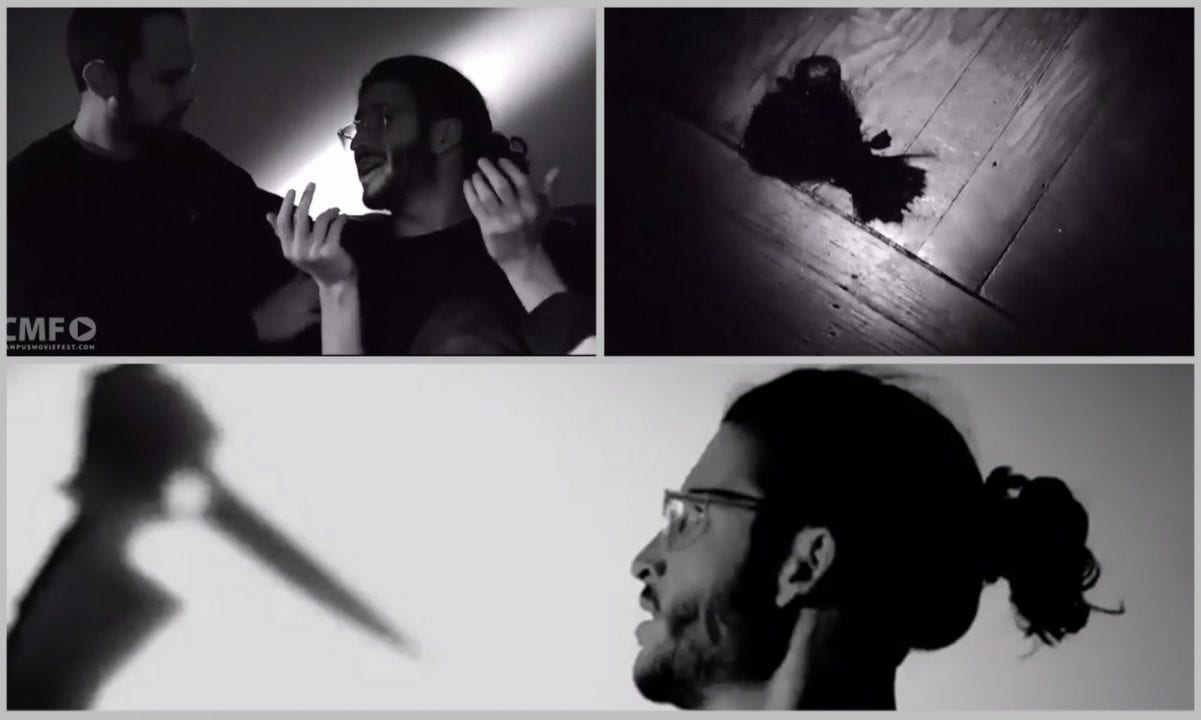 Monett spent two, eye-opening weeks on the French Riviera, soaking in all that the Cannes Film Festival had to offer: the hustle and bustle, walking the red carpet, celebrity sightings, networking, workshops, film screenings, special events, and of course, some fun in the sun!  A whirlwind of activities, the Atlanta native embraced the festival to engage with fellow producers, filmmakers, distributors and other industry types.

According to Monett, “Attending the Festival was an unparalleled experience, of which everyone was incredibly accessible. There was also the daily premiere screenings and panel discussions at the Grand Lumiere. However, one of the biggest highlights took place at the Shorts Corner party, where I briefly met director/writer Barry Jenkins of the Academy Award-winning Moonlight.  After mentioning how incredible and inspiring the film was, he responded ‘I can’t wait to be inspired by your film,’ a line that that I’ll remember for a long time to come.”

Monett cited other observations and lessons learned including:

Congratulations to Gabe and his crew for this prestigious international accomplishment and representing GSU’s film dept. We look forward to seeing more of your creative filmmaking! 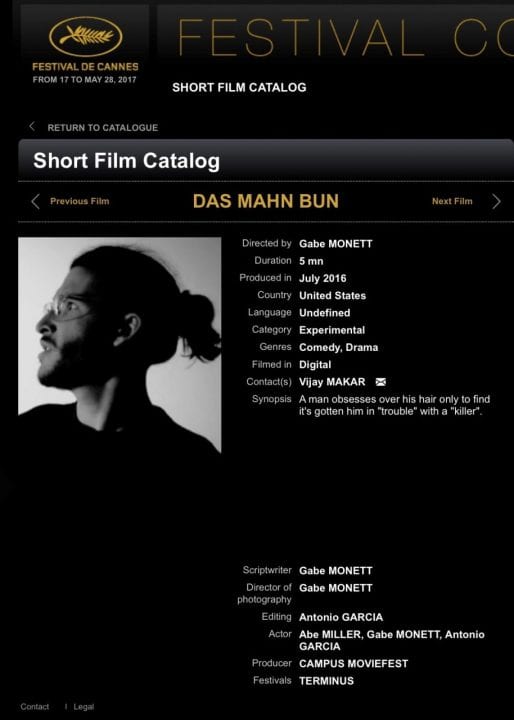